Making Maize Markets Work For All in Southern Africa

In most of sub-Saharan Africa, maize is a staple food crop - grown on some 33 million hectares of the total 194 million hectares of cultivated land. Southern African also has some of the highest malnutrition rates in the world. Small-scale maize producers in the region face numerous obstacles and are both buyers and sellers of maize. So how maize markets work is fundamentally important - and currently they work badly.

This paper explores some of the reasons why and argues that a major reason markets fail is because there is so little trust or cooperation between governments and private traders, both large and small. It concludes that unless the trust deficit is addressed, markets will continue to operate at woeful levels of inefficiency, no matter what other reforms are undertaken.Ã‚Â 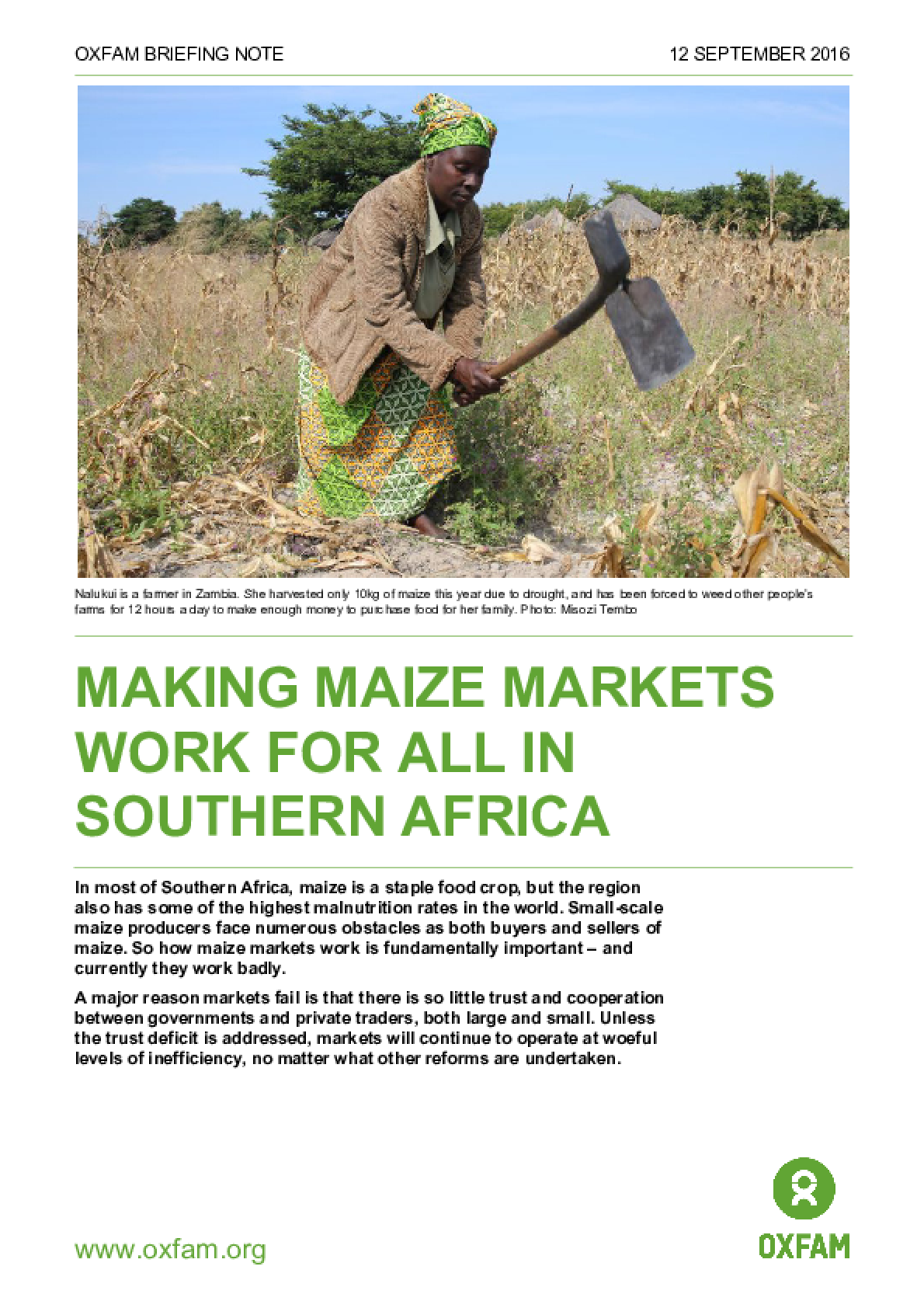