The Coral Sea Conservation Zone (referred to in this report as the Coral Sea) is bounded on the west by the Great Barrier Reef Marine Park, on the east by the edge of Australia's Exclusive Economic Zone, on the north by the Torres Strait Protection Zone and on the south by the same southern latitude line as the Great Barrier Reef Marine Park. The area comprises 972,000 km2 . The Coral Sea hosts a high diversity of habitats, ecosystems and species. Only a small portion of this area has been studied, but knowledge gained to date indicates that there are important habitats, migration corridors and ecological processes that sustain unique biological communities. This review draws together the available scientific research to provide a comprehensive description of the physical and biological characteristics of the Coral Sea. The seabed of the Coral Sea is characterised by a vast plain over 4,000 m deep to the northeast, several plateaux and slopes etched by undersea canyons and separated by deep ocean trenches, and, to the south, the northern end of a chain of undersea volcanoes. Eighteen coral reef systems, many with multiple small reefs, emerge from structural high points on the plateaux or from the tops of the volcanoes. Forty-nine small islands and cays form the only terrestrial habitats. At the ocean's surface, the westwardflowing South Equatorial Current enters the Coral Sea as a series of jets between the network of islands that form the Solomon Islands, Vanuatu and New Caledonia. As this current approaches the Great Barrier Reef, it splits in two to form the Hiri Current to the north and the East Australian Current to the south. This latter current brings warm, low-nutrient water and tropical species southward as a series of eddies. Very little is known about how small-scale circulation patterns affect the Coral Sea's ecology, but slow eddies, which may retain fauna and promote the development of species that do not occur anywhere else, have been discovered over some of the plateaux. The islets and cays of the Coral Sea support a variety of life, ranging from simple food chains based on carrion and detritus to well developed thick forests of Pisonia trees. The cays provide habitat for nesting and roosting seabirds (many of which are of conservation significance) and nesting endangered green turtles. In general, highly exposed reef zones in the Coral Sea are dominated by species that are robust enough to withstand strong wave action, while more sheltered reef habitats have a greater amount of live coral cover (30–50%) and host a larger abundance of fish and invertebrates. Coral, fish and invertebrate populations show key differences from those on the Great Barrier Reef and some affinities with those on the reefs of the western Pacific and the Arafura and Timor Seas. Recent research has uncovered coralline sponges, considered 'living fossils,' in the shallow caves of Osprey Reef. Some reefs support high densities of sharks (~4.4 individuals per hectare) and other predators, and protection in existing no-take Commonwealth Reserves in the Coral Sea has led to healthy populations of otherwise exploited species. Preliminary explorations of deeper Coral Sea reef ecosystems (from 30–40 m to over 150 m) have revealed a great diversity of geological formations along with coral communities that have adapted to low light. Soft corals are an important feature of these deeper coral communities, and gorgonians (sea fans) tend to be very abundant. These mesophotic (low light) communities may act as refugia during disturbance events such as cyclones and bleaching, and may provide larvae during the recovery of these highly isolated reefs. 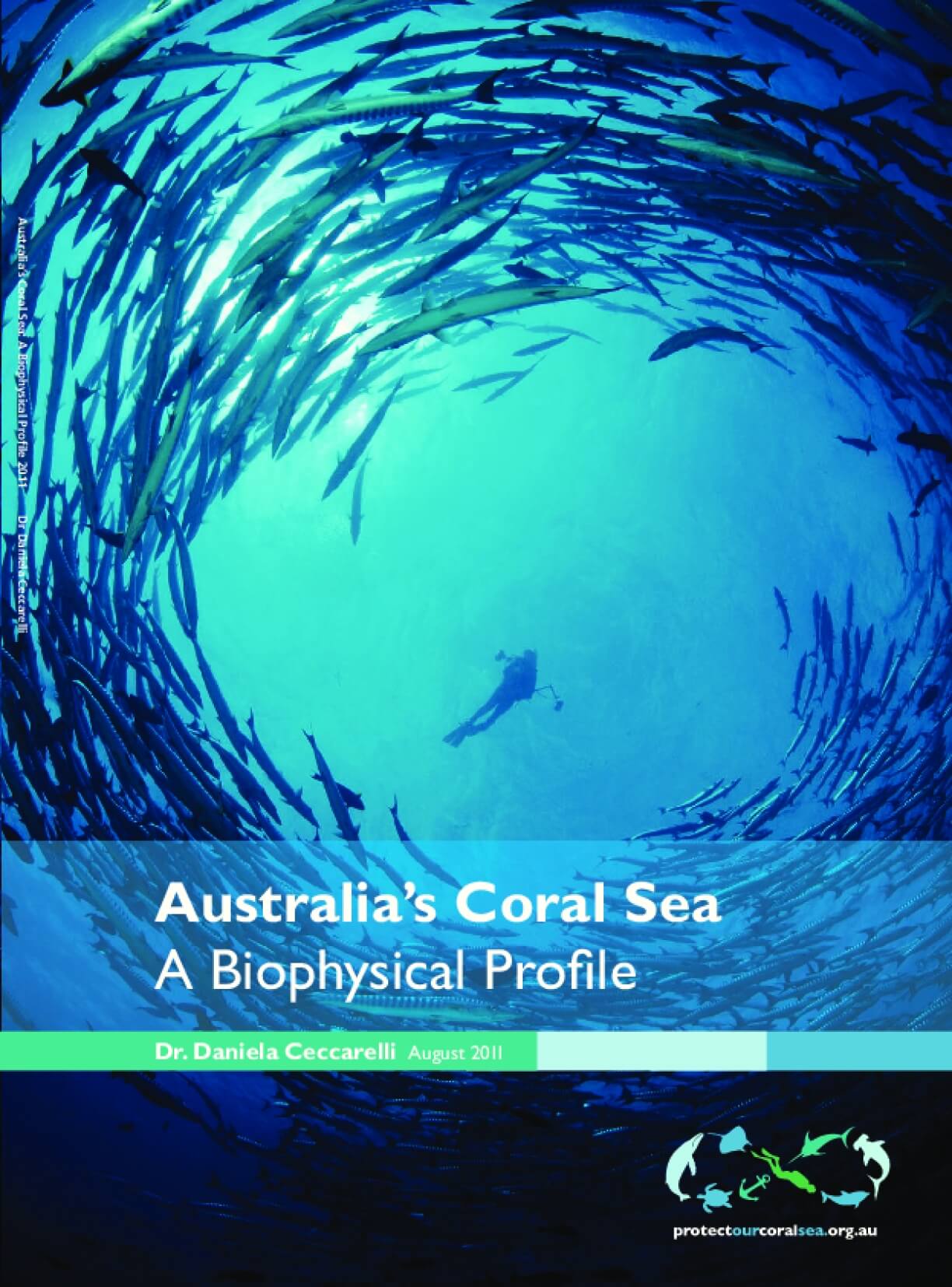