A building block of American democracy is the idea that as citizens, we have a right to information about how our government works and what it does in our name. The Freedom of Information Act (FOIA) requires federal agencies to promptly respond to public requests for information unless disclosure of the requested information would harm a protected interest. Unfortunately, since its passage in 1966 and reform in 1974, federal agencies have failed to implement the law consistently, which can make it challenging for citizens to gain access to public information as the law guarantees.

This analysis evaluates the performance of the 15 federal agencies that received the greatest number of FOIA requests in fiscal year 2012. These agencies received over 90 percent of all information requests that year. We examined their performance in three key areas:

The results are sobering. None of the 15 agencies earned exemplary scores (an overall A grade), and only eight earned "passing grades" (60 or more out of a possible 100 points). The low scores are not due to impossibly high expectations. In each of three performance areas, at least one agency earned an A, showing that excellence is possible. But the fact that no agency was able to demonstrate excellence across all three areas illustrates the difficulty agencies seem to be having inconsistently combining all the elements of an effective disclosure policy. 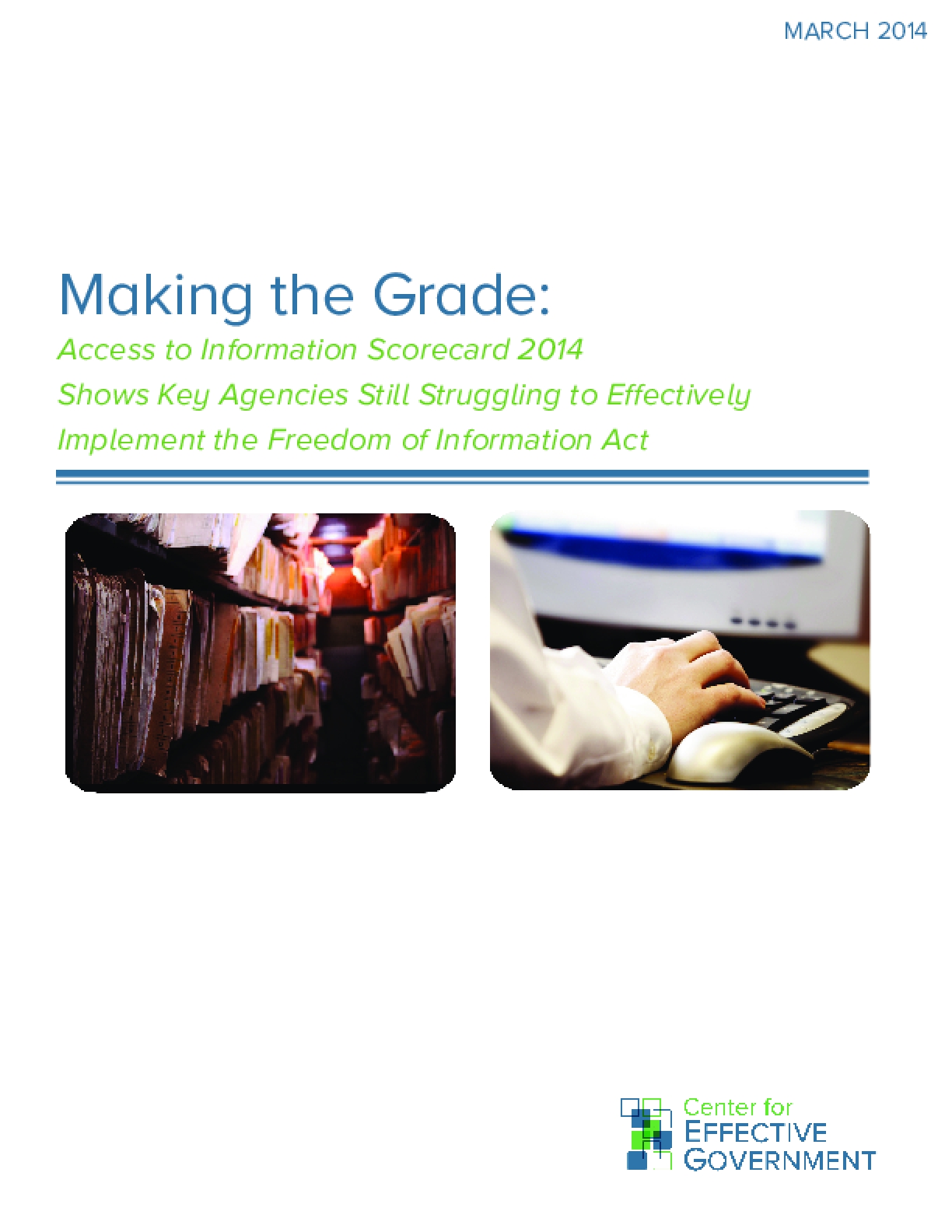