Through much of the post-World War II era of trade liberalization, organized labor and freetraders struck a grand bargain: negotiated agreements that lower tariffs in the United States would be accompanied by extra welfare benefits available to people who lose their jobs because of import competition. As many free traders see it, such programs can help mollify the opposition to new trade agreements and as such are a sacrifice worth making. But that bargain has broken down. The new Democratic majority in Congress has given only half-hearted support for new trade agreements and has so far refused to grant President Bush new authority to negotiate and submit them to Congress without the risk of deal killing amendments. The Trade Adjustment Assistance program is a relic of the past that reflects a different economy in a different political setting. The very existence of trade adjustment assistance perpetuates the myth that freeing trade creates special "victims" who deserve special programs simply because of the reason for their unemployment. But for every worker who is displaced because of competition from imports or "off-shoring," 30 others lose their jobs for other reasons such as changes in technology and tastes, and domestic competition. Studies have suggested that workers displaced because of import competition were equally successful at finding new jobs as other unemployed workers. Systemic changes that help workers adjust to new opportunities, such as increasing the portability of health insurance and retirement savings, and increasing labor market flexibility to create new jobs, would be more fitting policy prescriptions for a free society and a dynamic, service-oriented economy. 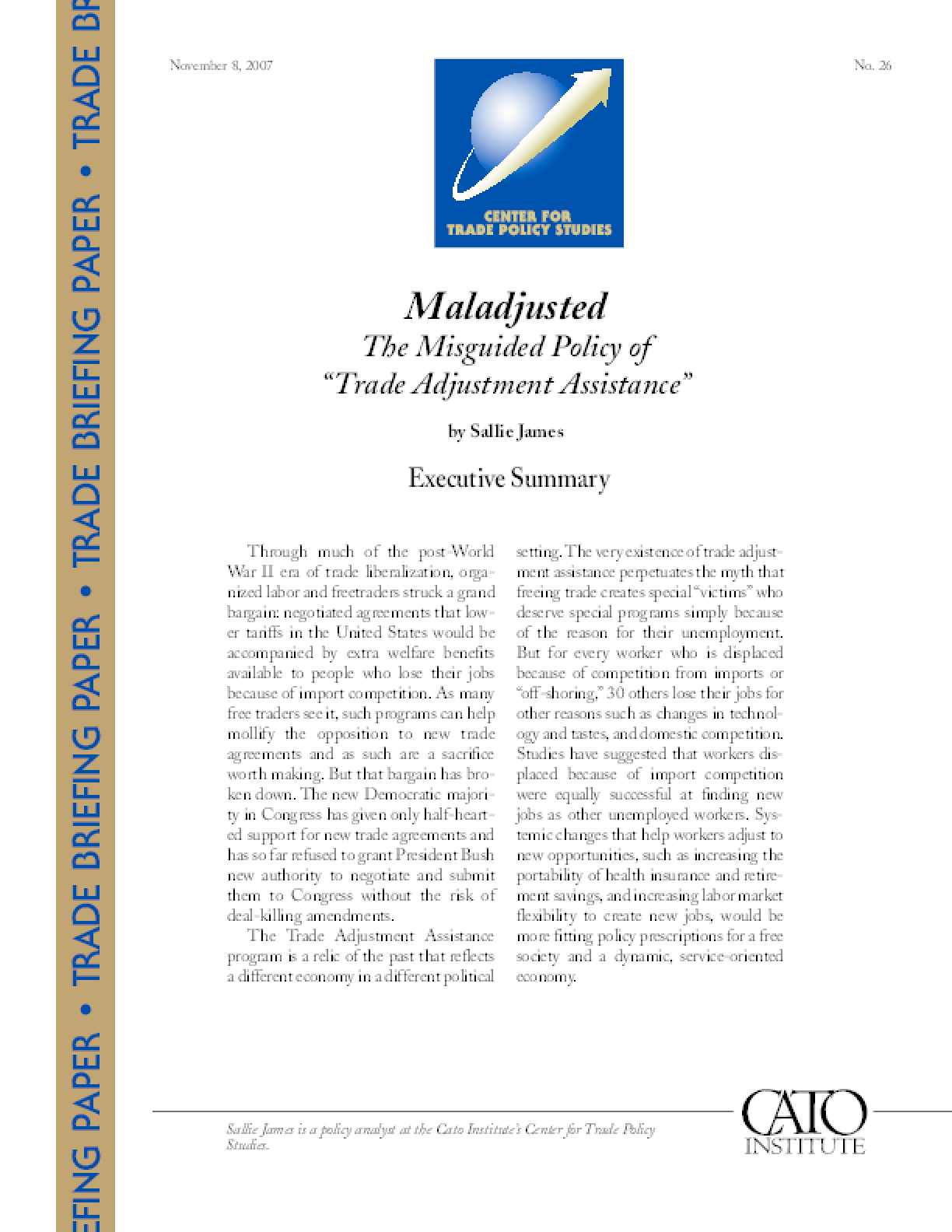