Many New Hampshire Jobs Do Not Pay a Livable Wage

by Allison Churilla; Daphne A. Kenyon

Two forces are likely to have the greatest impact on the projected availability of livable wage jobs in coming years. The first is the course of the current economic downturn. Table 11 shows the New England Economic Partnership (NEE P) forecast for New Hampshire's unemployment rate from 2008 to 2012. As the table shows, unemployment is projected to increase from 3.7 percent in 2007 to 4.2 percent in 2009, after which it is projected to gradually fall. The latest NEE P forecast predicted a relatively mild economic contraction, which provides some reason for optimism among New Hampshire workers. However, any optimism should be tempered by the fact that the latest forecast was issued before the dramatic stock market decline and at the beginning of the financial crisis. The second major factor impacting the availability of livable wage jobs is the changing composition of New Hampshire's economic base. Between 2000 and 2007, New Hampshire lost 25,400 manufacturing jobs, representing a 25 percent decline in the industry.10 Over the same period, jobs in education, healthcare, retail trade, and leisure and hospitality grew by about the same number of jobs. To the extent New Hampshire continues in this transition from a production-based to a service-based economy, the proportion of livable wage jobs is expected to decline. 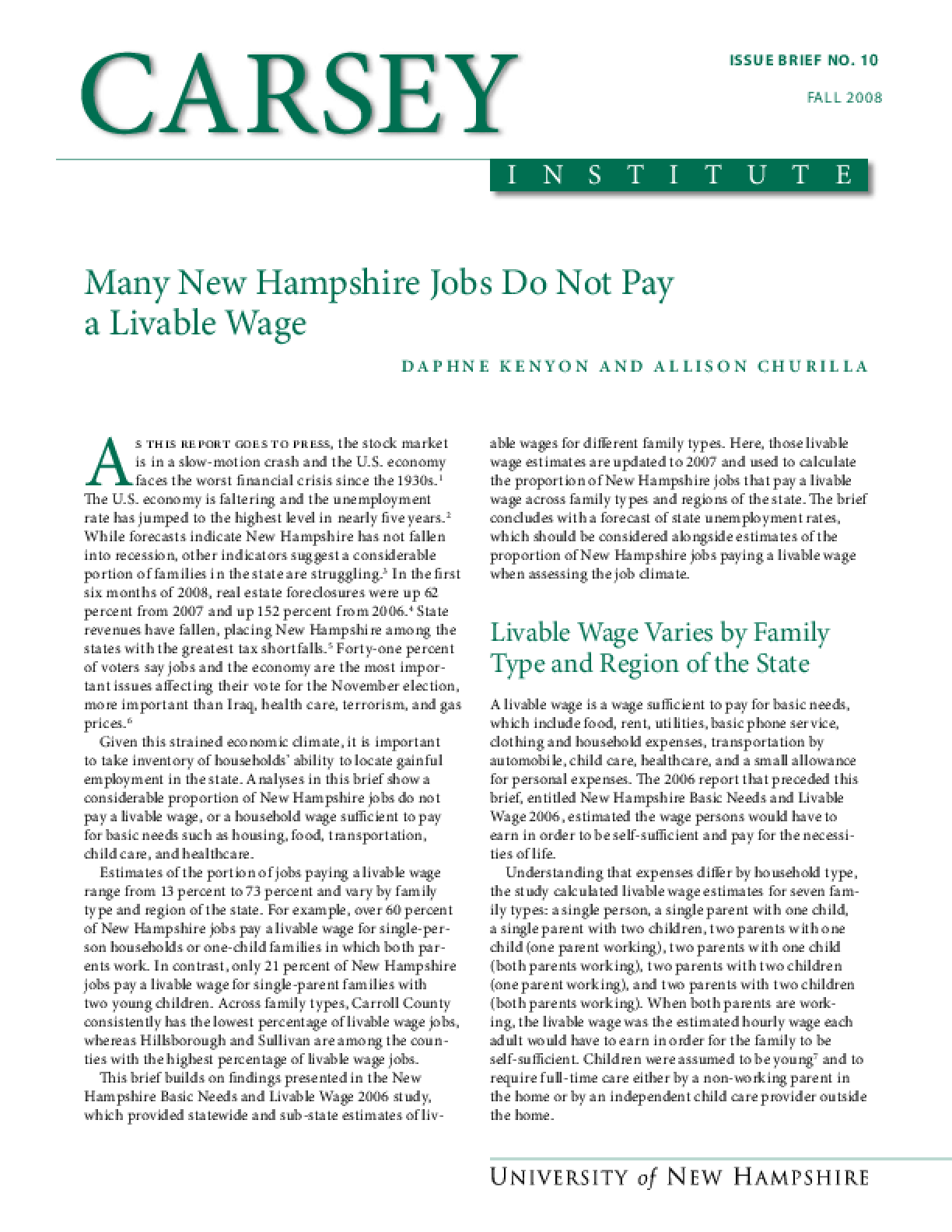