Last month, New Hampshire's Special House Committee on Redistricting released HB52, a bill proposing new Congressional district lines that substantively depart from the map that currently governs the selection of the state's US House delegation. In its current form, HB52 would cleave the current map into two non-competitive districts – a prospective District 1 highly favorable to Republican candidates and a District 2 heavily concentrated with Democratic voters.

Elementary and straightforward calculations from publicly available 2020 Census population data and 2020 Presidential returns at the ward level show that the Majority's plan addresses the need for minor population reapportionment with a significant reshaping of New Hampshire's electoral map.

Straightforward analysis indicates HB52 is consistent with a canonical "pack-and-crack" gerrymandering technique, wherein one district – ostensibly New Hampshire's District 2 in this case – is sacrificed, "packed" with the opponent's voters, with the aim of increasing the gerrymanderer's prospects in the other district – as is ostensibly the case with New Hampshire's prospective First District. 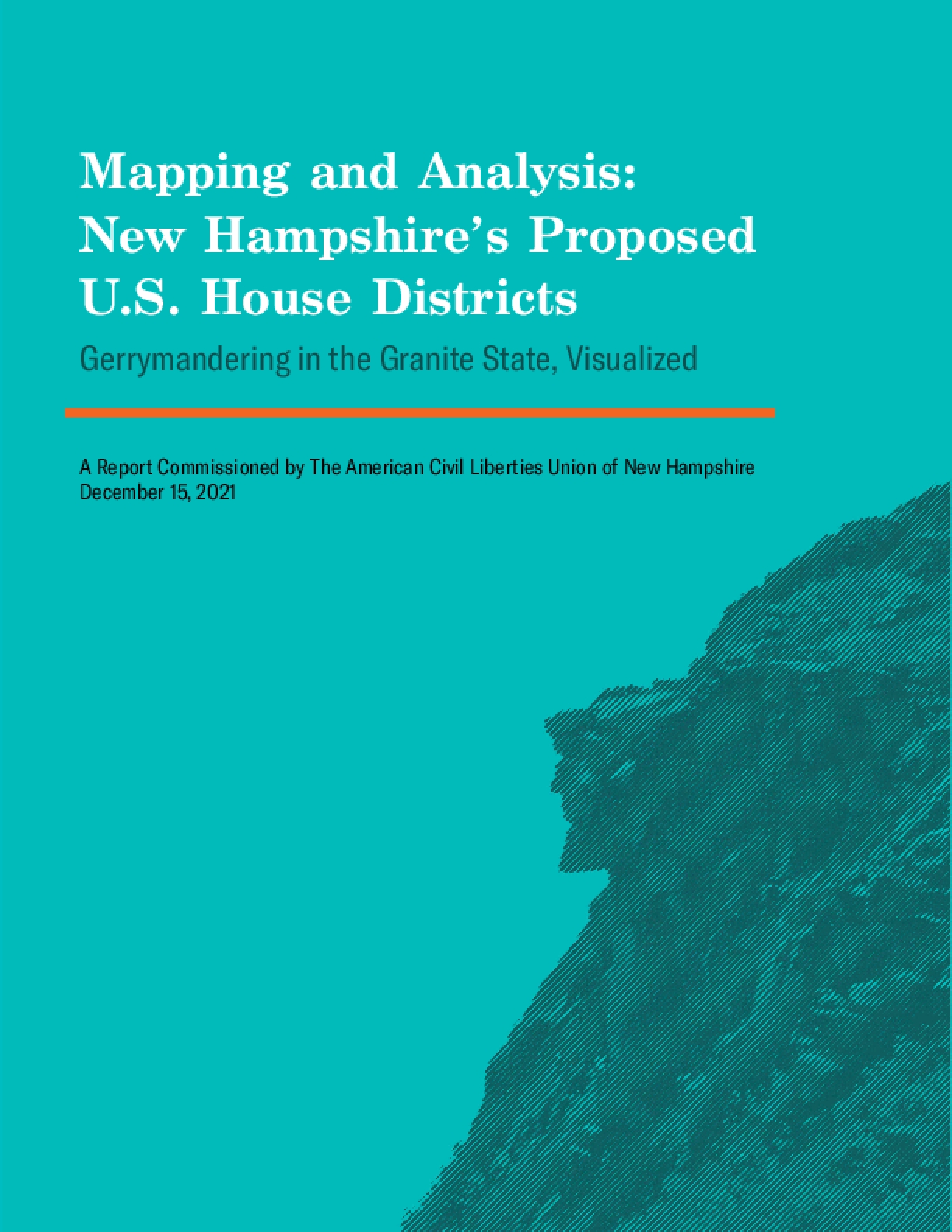