Recent years have seen a rapid expansion of the internet in Armenia, not only among the residents of the capital city and other urban areas, but also in remote regions of the country. It was particularly noticeable in 2010–2011, when the number of internet users increased by almost 40 percent.

The report finds that, overall, digitization has increased the diversity of media outlets and their news offer, and the plurality of opinions expressed. Yet the lack of independence of regulatory institutions, non-transparent media ownership, flawed broadcast legislation, and the slow pace of digital switch-over continue to obstruct the development of the media sector. Television, the main source of information, is still largely controlled by the authorities. There is widespread hidden censorship as a result of political pressure on media outlets, which especially affects the news and political output on television. Most media outlets remain dependent upon large businesses and the political elite, with which they have become integrated. 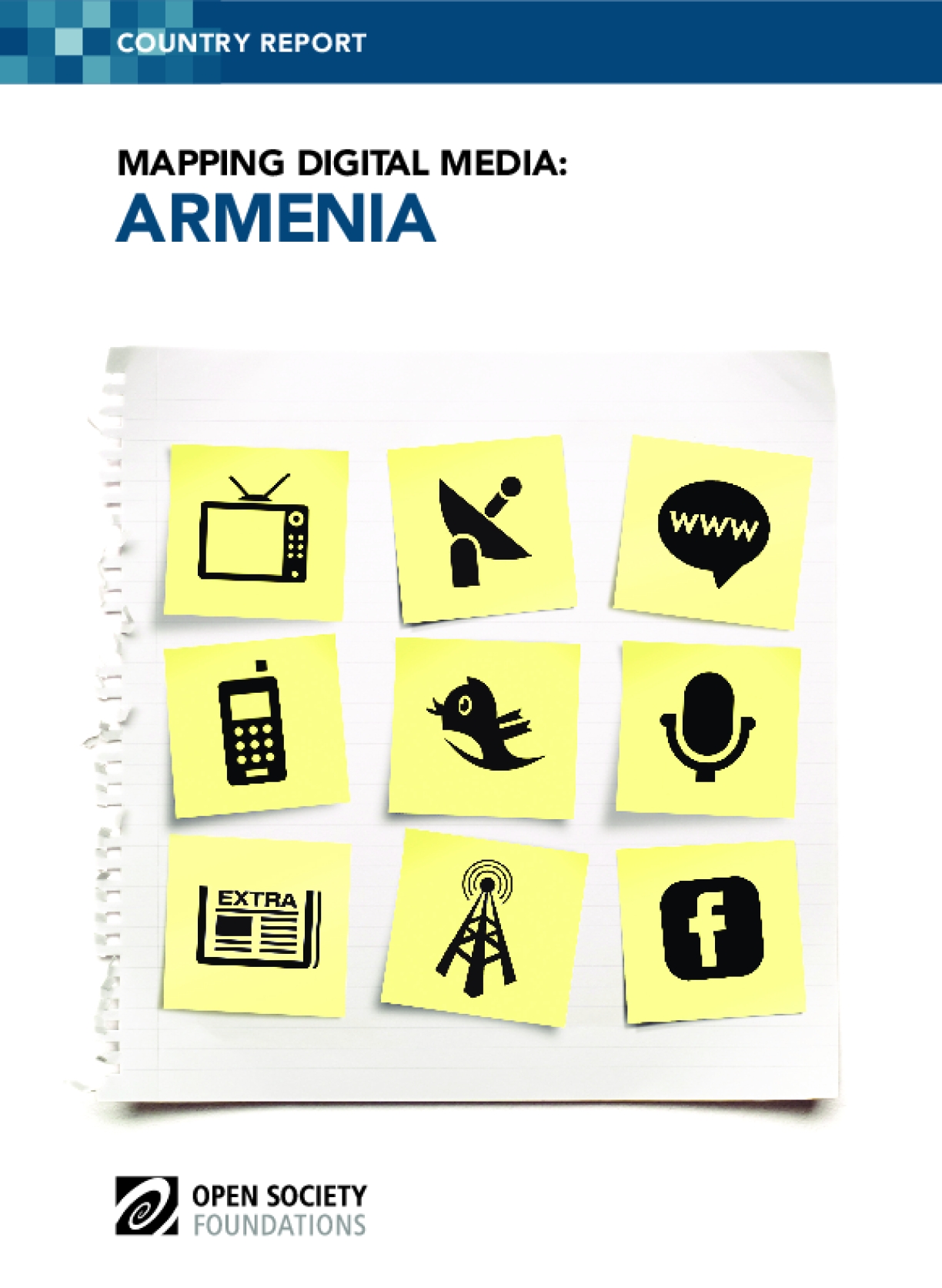