Law enforcement agencies across the country have failed to provide us with even basic information about the lives they have taken. And while the recently signed Death in Custody Reporting Act mandates this data be reported, its unclear whether police departments will actually comply with this mandate and, even if they do decide to report this information, it could be several years before the data is fully collected, compiled and made public.

This information has been meticulously sourced from the three largest, most comprehensive and impartial crowdsourced databases on police killings in the country: FatalEncounters.org, the U.S. Police Shootings Database and KilledbyPolice.net. We've also done extensive original research to further improve the quality and completeness of the data; searching social media, obituaries, criminal records databases, police reports and other sources to identify the race of 90 percent of all victims in the database.

We believe the data represented on this site is the most comprehensive accounting of people killed by police since 2013. A recent report from the Bureau of Justice Statistics estimated approximately 1,200 people were killed by police between June, 2015 and May, 2016. Our database identified 1,106 people killed by police over this time period. While there are undoubtedly police killings that are not included in our database (namely, those that go unreported by the media), these estimates suggest that our database captures 92% of the total number of police killings that have occurred since 2013. We hope these data will be used to provide greater transparency and accountability for police departments as part of the ongoing campaign to end police violence in our communities. 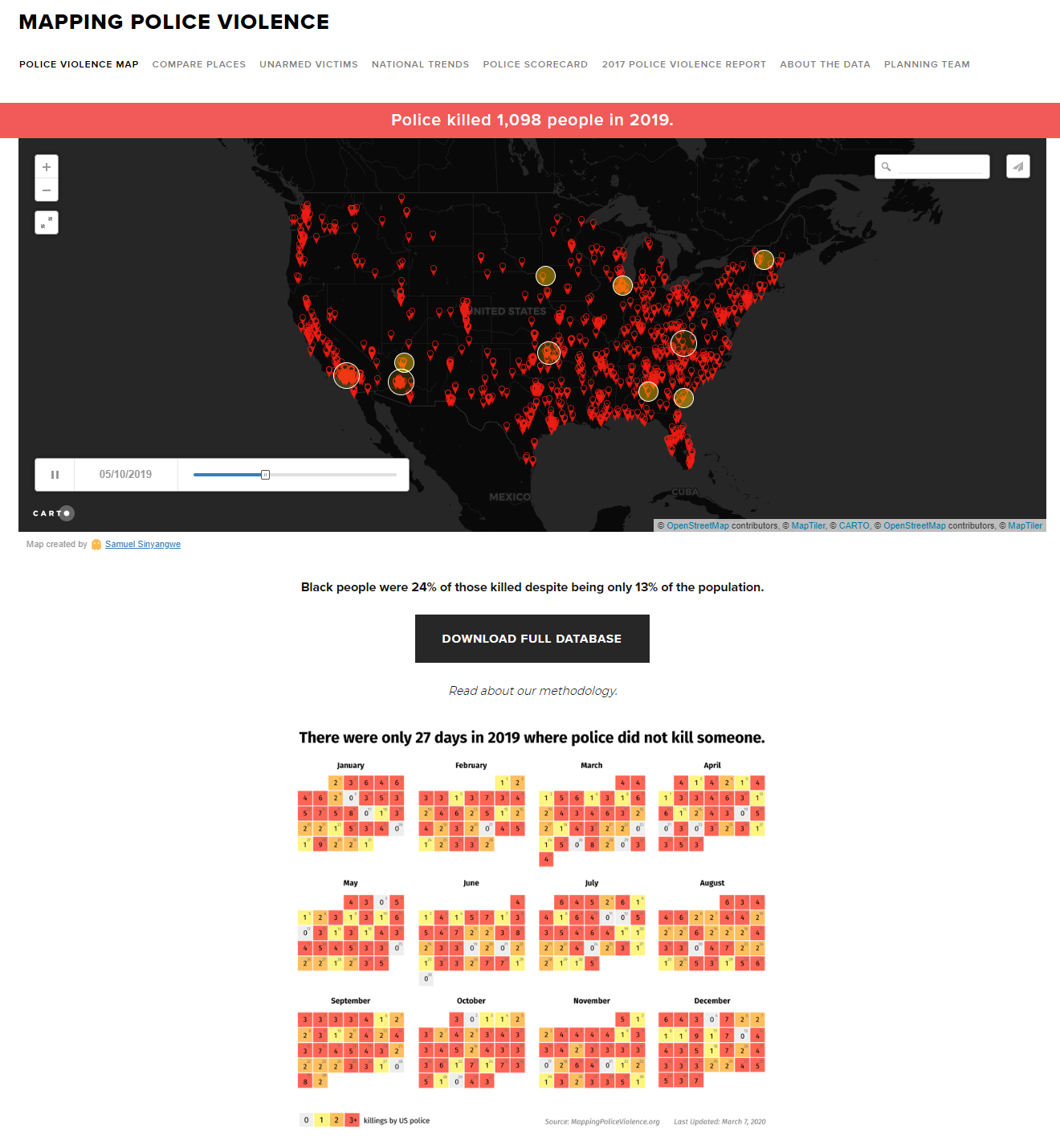