While long a factor in "urban elections", immigrant populations are changing the political landscape in Illinois. Immigrant citizens and the U.S. born children of immigrants are fast becoming the critical voting blocks in Chicago's suburbs this November and beyond. A Research Brief, titled "Marching Toward the American Dream: Illinois Immigrant Citizens Settle in Chicago Suburbs" was released by the Illinois Coalition of Immigrant and Refugee Rights (ICIRR). It is based on the recently released U.S. Census figures for 2005 and reveals that over the past five years the number of immigrants in the state has increased by 177,000, a figure greater than the population of Aurora, Illinois's second largest city. Some key findings of the report: - Naturalized immigrants and their U.S. born children now represent 19% of all eligible voting age people in llinois. - The number of naturalized immigrants in suburban Chicago rose by 127,000 persons, or 38 percent, in the last five. - The number of immigrant citizens in the suburbs (460,000) dwarfs the number in the City of Chicago (229,000). 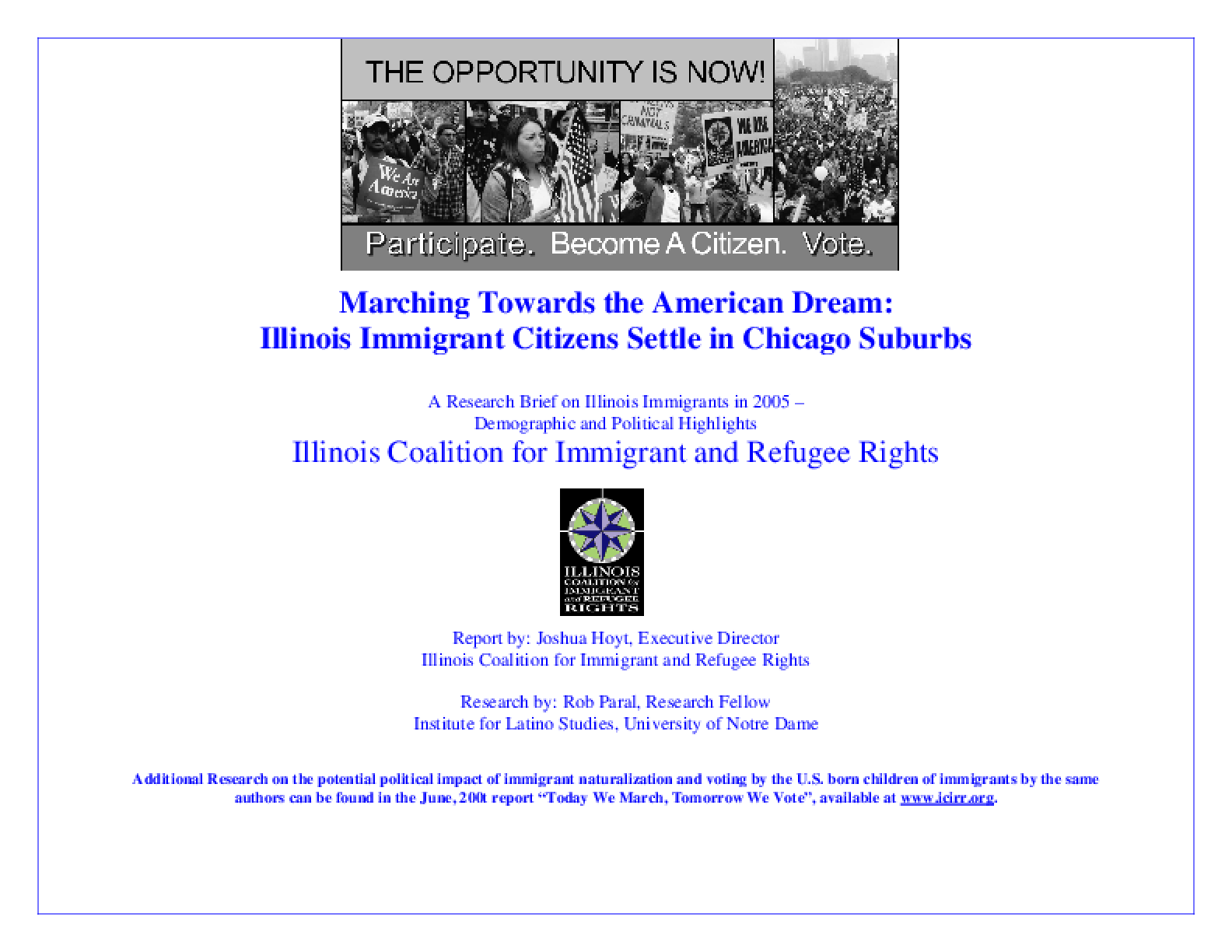