Financial aid from the Susan Thompson Buffett Foundation (STBF) provides exceptionally generous support to a college population similar to that served by a host of state aid programs. In conjunction with STBF, we randomly assigned aid awards to thousands of Nebraska high school graduates from low-income, minority, and first-generation college households. Randomly assigned STBF awards boost bachelor's (BA) degree completion for students targeting four-year schools by about 8 points. Degree gains are concentrated among four-year applicants who would otherwise have been unlikely to pursue a four-year program. Degree effects are mediated by award-induced increases in credits earned towards a BA in the first year of college. The extent of initial four-year college engagement explains heterogeneous effects by target campus and across covariate subgroups. Most program spending is a transfer, reducing student debt without affecting degree attainment. Award-induced marginal spending is modest. The projected lifetime earnings impact of awards exceeds marginal educational spending for all of the subgroups examined in the study. Projected earnings gains exceed funder costs for low-income, non-white, urban, and first-generation students, and for students with relatively weak academic preparation. 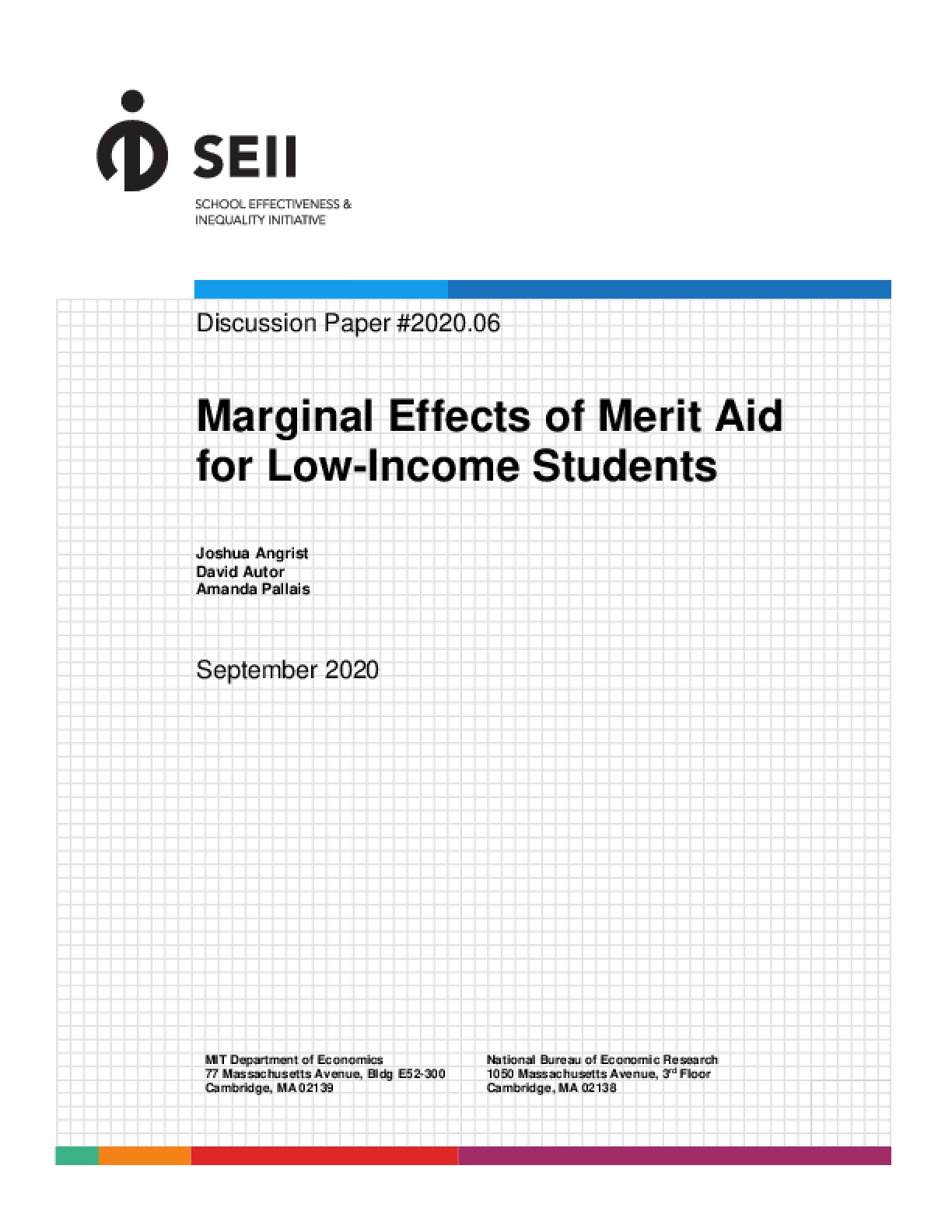