Mass Murder and the Mass Media: Understanding the Construction of the Social Problem of Mass Shootings in the US

Nearly as soon as the first shot is fired in a mass shooting, the news media already are rushing to break coverage, the likes of which typically last days or, in the more extreme cases, weeks. Though mass shootings are rare in occurrence, the disproportionate amount of coverage they receive in the media leads the public to believe that they occur at a much more regular frequency than they do. In order to understand how the public comes to understand mass shooting events, however, one first must understand how the stories are constructed by the media. The present study takes this important step by examining The New York Times coverage of 91 shootings occurring between 2000 and 2012. Using Best's (1987, 2006) three-stage model for the creation of social problems, this study considers the naming or defining of the issue, the incorporation of examples, and the use of statistics. The findings indicate that the coverage (a) overemphasized the shooters, (b) highlighted the most extreme examples for comparison, including Columbine and the Oklahoma City bombing, and (c) relied heavily on the use of statistics, particularly victim counts, while omitting any national data that could ground these events in the larger discourse of violence in the nation. Thus, the disproportional coverage of mass shootings, both individually and as a collective phenomenon, serves to solidify these events as a social problem in the US. Directions for future research, as well as potential policy implications for the coverage, also are discussed. 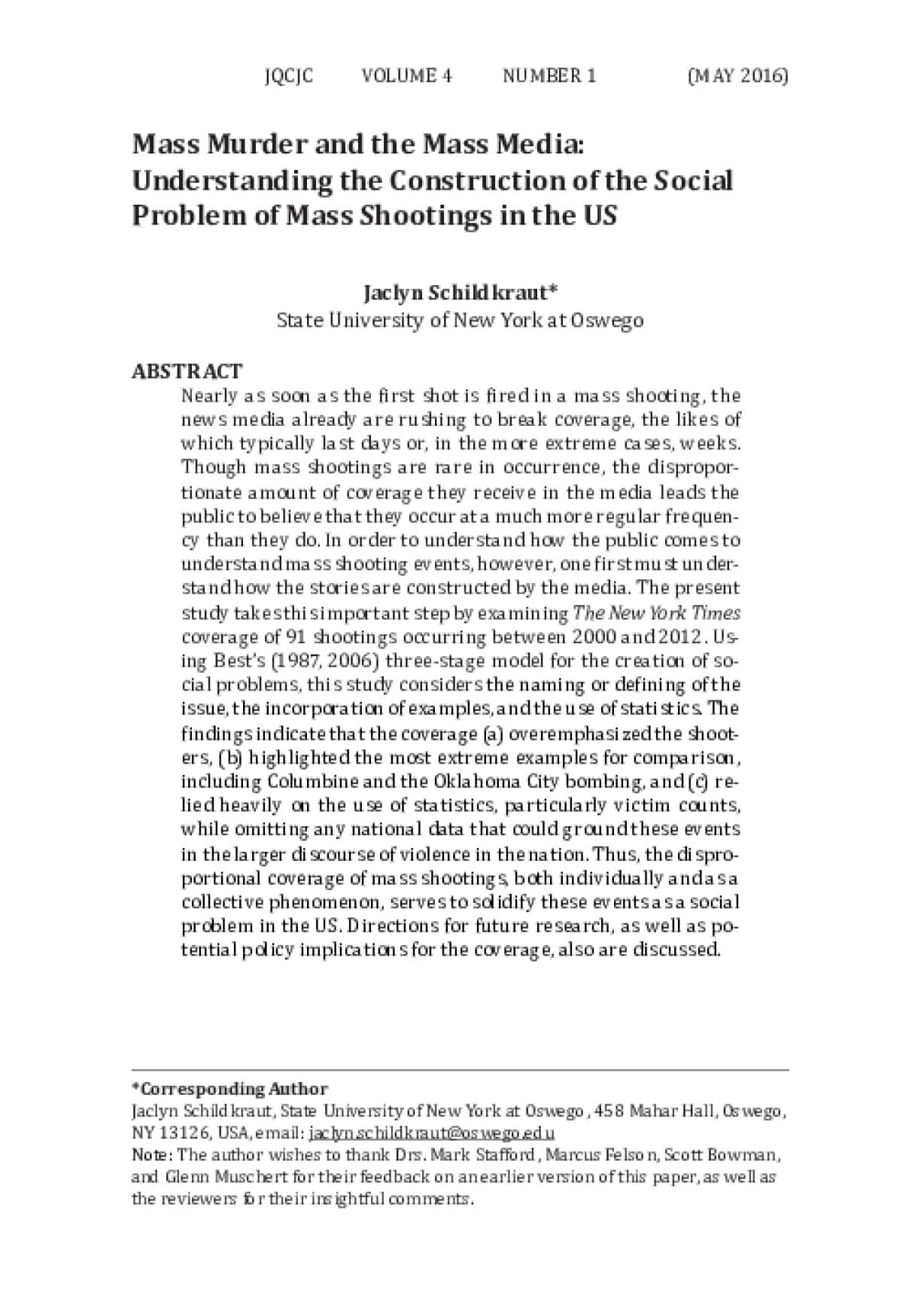