In May 2013, the Federal Reserve Bank of Boston (Boston Fed) formally launched the Working Cities Challenge: An Initiative for Massachusetts Smaller Cities. The Working Cities Challenge (WCC) encourages and supports leaders from the business, government, philanthropy, and nonprofit sectors in smaller, postindustrial cities to work collaboratively on innovative strategies that have the potential to produce large-scale results for low-income residents in their communities. Ultimately, the Boston Fed expects that the teams' efforts will build the cities' civic infrastructure leading to long-term improved prosperity and opportunity for residents in Working Cities.

The Boston Fed developed a competitive process for city selection in which a jury chose the winning cities with the grant award varying based on the strength of the cities' proposals. WCC announced in early 2014 the award of a total of $1.8 million in grants to six working cities. The competitive grants included four implementation grants ranging in size from $700,000 to $225,000 over a planned three-year period awarded to Chelsea, Fitchburg, Holyoke, and Lawrence. In addition, WCC awarded two smaller $100,000 one-year seed grants to Salem and Somerville. Based on the assessment of progress at the midpoint of the implementation period, the Boston Fed extended the grant cycle slightly and augmented the implementation grants. Following a second juried competitive application process, the Boston Fed awarded each of the four implementation cities an additional $150,000 and extended the grant period through September 2017, making implementation a full three-and-a-half years. Beyond the grant funds, the working cities have received technical assistance and opportunities for shared learning and peer exchange. While perhaps less tangible than technical assistance, but no less important, the working cities now have greater visibility and new forums for access to funders as well.

Below is a presentation produced by Mt. Auburn Associates. 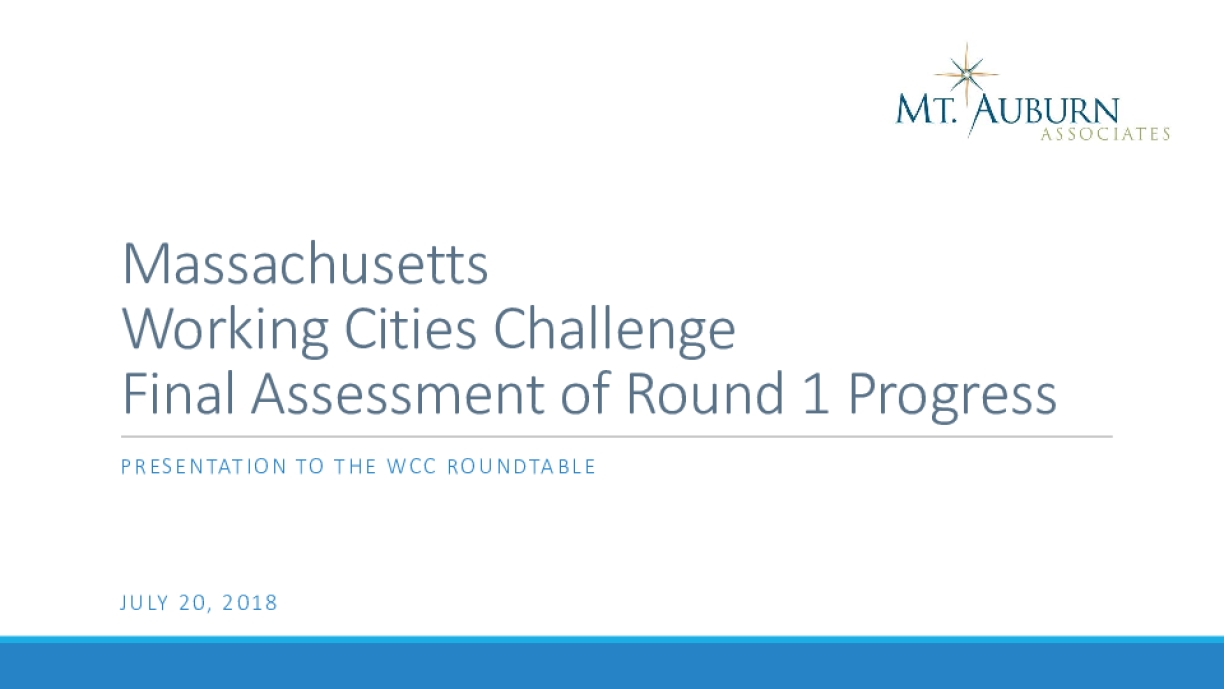