Medi-Cal Expansion under the Affordable Care Act: Significant Increase in Coverage with Minimal Cost to the State

Since 2011, California has been taking steps towards expanding Medicaid under the Afordable Care Act (ACA) by implementing Low Income Health Programs (LIHPs) in most California counties. Under the "Bridge to Reform" Medicaid §1115 waiver, just over 500,000 California adults are currently enrolled in coverage in advance of ACA implementation using federal and county funds. he vast majority of these LIHP enrollees can become eligible for Medi-Cal coverage under the ACA beginning January 1, 2014, and the remainder will be eligible for subsidies through Covered California (the California Health Benefit Exchange). In early 2013, California legislators will consider bills to implement a key provision of the ACA that would expand Medi-Cal to low-income adults under age 65, including those without children living at home. Lawfully-present childless adults with income up to 138 percent of the Federal Poverty Level and parents with income between 106 percent and 138 percent of the Federal Poverty Level will be newly eligible. Some unenrolled children and parents who are already income-eligible for the program under existing eligibility rules could also enroll due to the minimum coverage requirement to obtain insurance created by the ACA, improved eligibility, enrollment and redetermination processes, and enhanced awareness of coverage options. In this report, we estimate the growth in Medi-Cal enrollment among both the newly and already eligible using the UC Berkeley-UCLA California Simulation of Insurance Markets (CalSIM) model. We discuss the broader impact of the Medi-Cal Expansion in terms of health outcomes, providers and the economy. We estimate the federal and state spending on increased Medi-Cal enrollment, along with the state tax revenues generated by new federal Medi-Cal spending and potential savings in other areas of the budget. 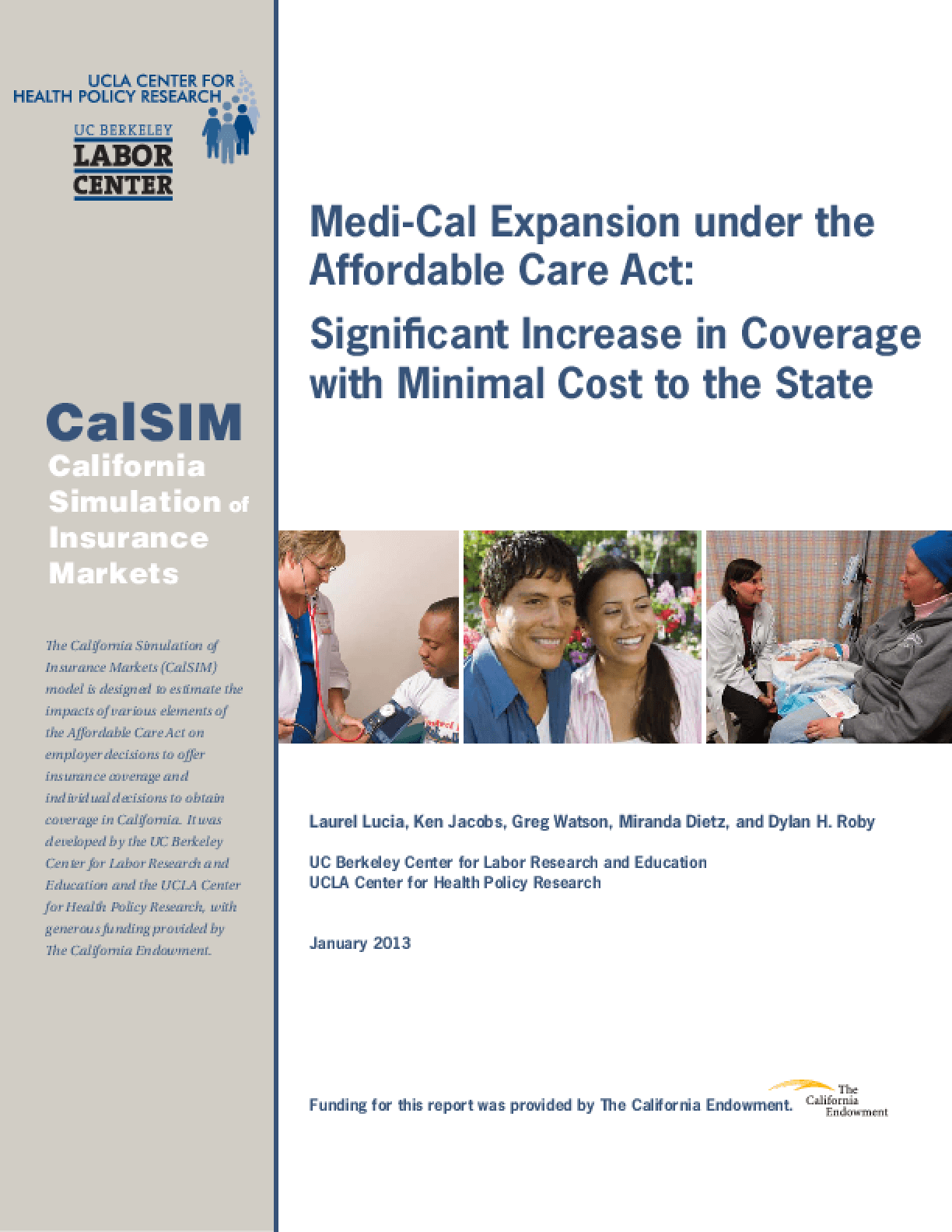