Medicaid and CHIP Eligibility, Enrollment, Renewal, and Cost Sharing Policies as of January 2018: Findings from a 50-State Survey

This 16th annual 50-state survey provides data on Medicaid and the Children's Health Insurance Program (CHIP) eligibility, enrollment, renewal and cost sharing policies as of January 2018. It takes stock of how the programs have evolved as the fifth year of implementation of the Affordable Care Act (ACA) begins, discusses policy changes made during 2017, and looks ahead to issues that may affect state policies moving forward. It is based on a survey of state Medicaid and CHIP officials conducted by the Kaiser Family Foundation and the Georgetown University Center for Children and Families. 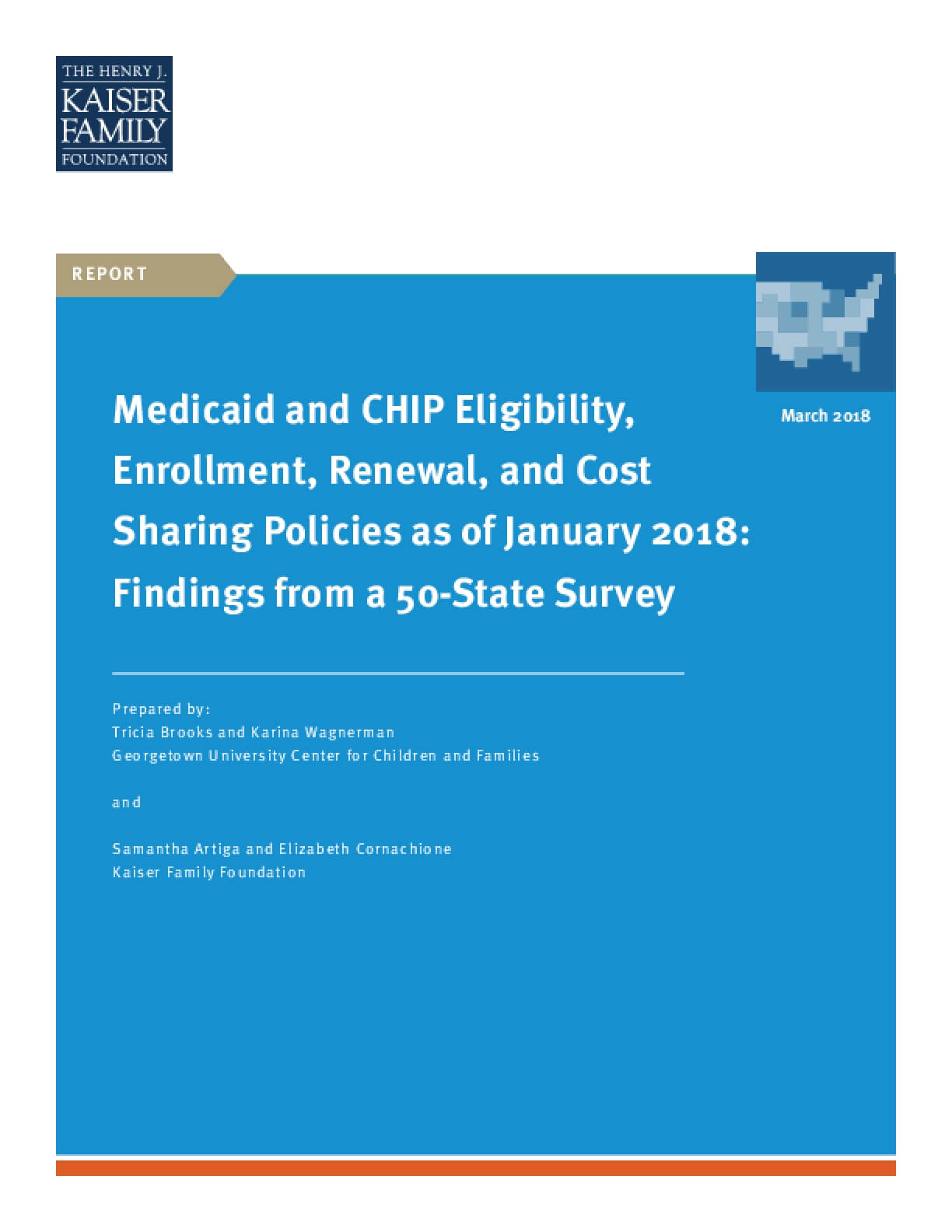