Medicaid's Soaring Cost: Time to Step on the Brakes

Current trends and policies imply unsustainable growth in federal Medicaid outlays. In the year 2006, federal Medicaid spending was 11.9 percent of federal general revenues and 1.5 percent of GDP. Making conservative assumptions about future growth in Medicaid enrollment and spending per beneficiary, this paper estimates that the present value of federal Medicaid outlays over the next 100 years will take up 24 percent of the present value of federal general revenues and 3.7 percent of the present value of GDP calculated over the same period. By the end of the next 100 years, that is, in the year 2106, Medicaid's share of federal general revenues will be 48 percent -- four times larger than its 11.9 percent share in 2006. In the year 2106, federal Medicaid spending as a share of GDP is estimated to be 7.4 percent -- a fivefold increase from its current share of 1.5 percent. If the federal government continues to match state Medicaid outlays at the current rate, Medicaid's share of GDP in the year 2106 will become 13 percent -- or one-eighth of GDP in 2106. If current policies and trends are maintained, federal Medicaid outlays will take up 36 percent of lifetime federal general revenue taxes for males born in 2025 and 69 percent for females born in that year. For females born after 2050, almost all of their lifetime federal nonpayroll taxes will be consumed by their lifetime Medicaid benefits. Higher tax rates cannot plausibly cover this growing spending commitment. On average, today's 35-year-old males are projected to have 15 percent of their lifetime federal general revenues returned in the form of Medicaid benefits. Maintaining that ratio for today's newborn males would require a 78 percent increase in their lifetime nonpayroll taxes. Limiting Medicaid spending growth is, thus, an essential component of putting the federal budget on a sustainable course without imposing crushing tax burdens on younger and future generations, thereby harming the prospects for future economic growth. 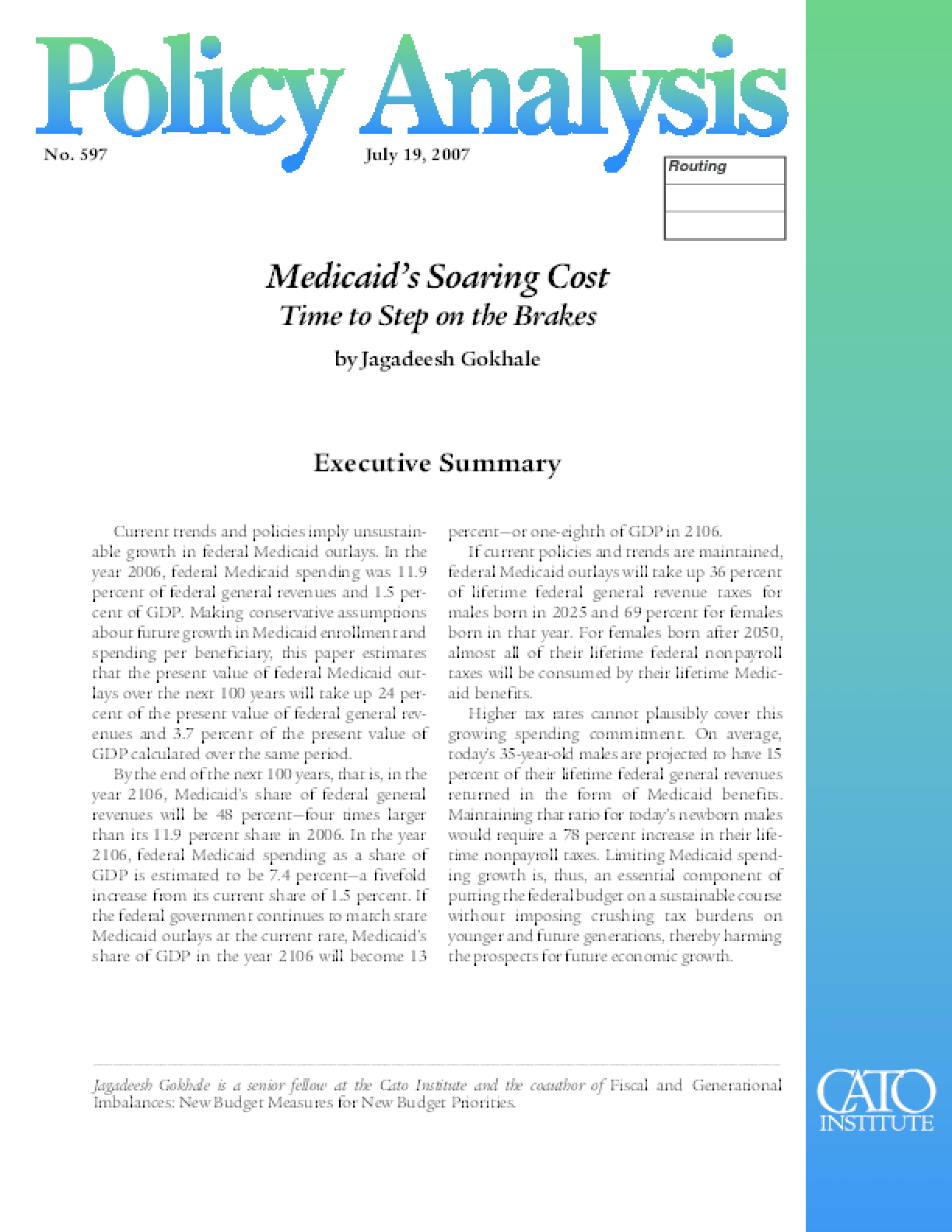