Memory and Justice: Confronting Past Atrocity and Human Rights Abuse

This report examines the development of the movement to deal with the past from approximately 1983 to 2008 with an emphasis on the impact of Ford Foundation support, particularly from the Andean Region and Southern Cone office since the early 1990s. How has this support to various organizations mattered? How has it made a difference? Moving beyond the contribution of the Ford Foundation, the report also examines the ways in which dealing with the past has become characterized by a proliferation of activities and initiatives, as well as the creation of new institutions.

The report draws on more than a dozen interviews, written correspondence with a selection of key actors, Ford Foundation grant files, an earlier consultancy report written by Professor Peter Winn, and eight commissioned papers on dealing with the past in specific countries or areas of interest. 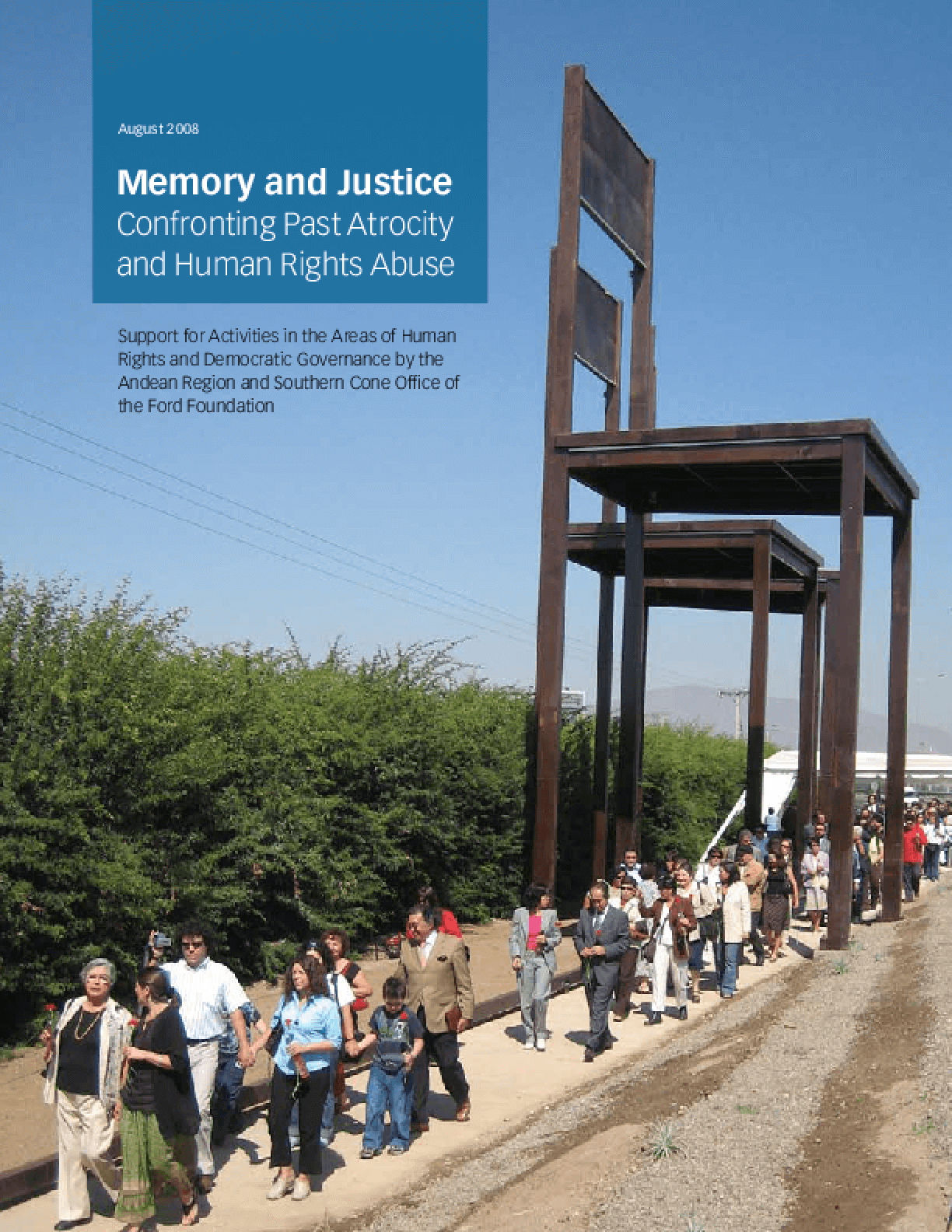