Mental Health And The Role Of The States

Researchers from the State Health Care Spending Project -- a collaboration between The Pew Charitable Trusts and the John D. and Catherine T. MacArthur Foundation -- sought to better understand the country's mental health challenges and, in particular, the states' role in addressing them. The project found that:
This report is intended to help federal, state, and local policymakers working to address the country's mental health challenges to better understand their prevalence, treatment, and funding trends. 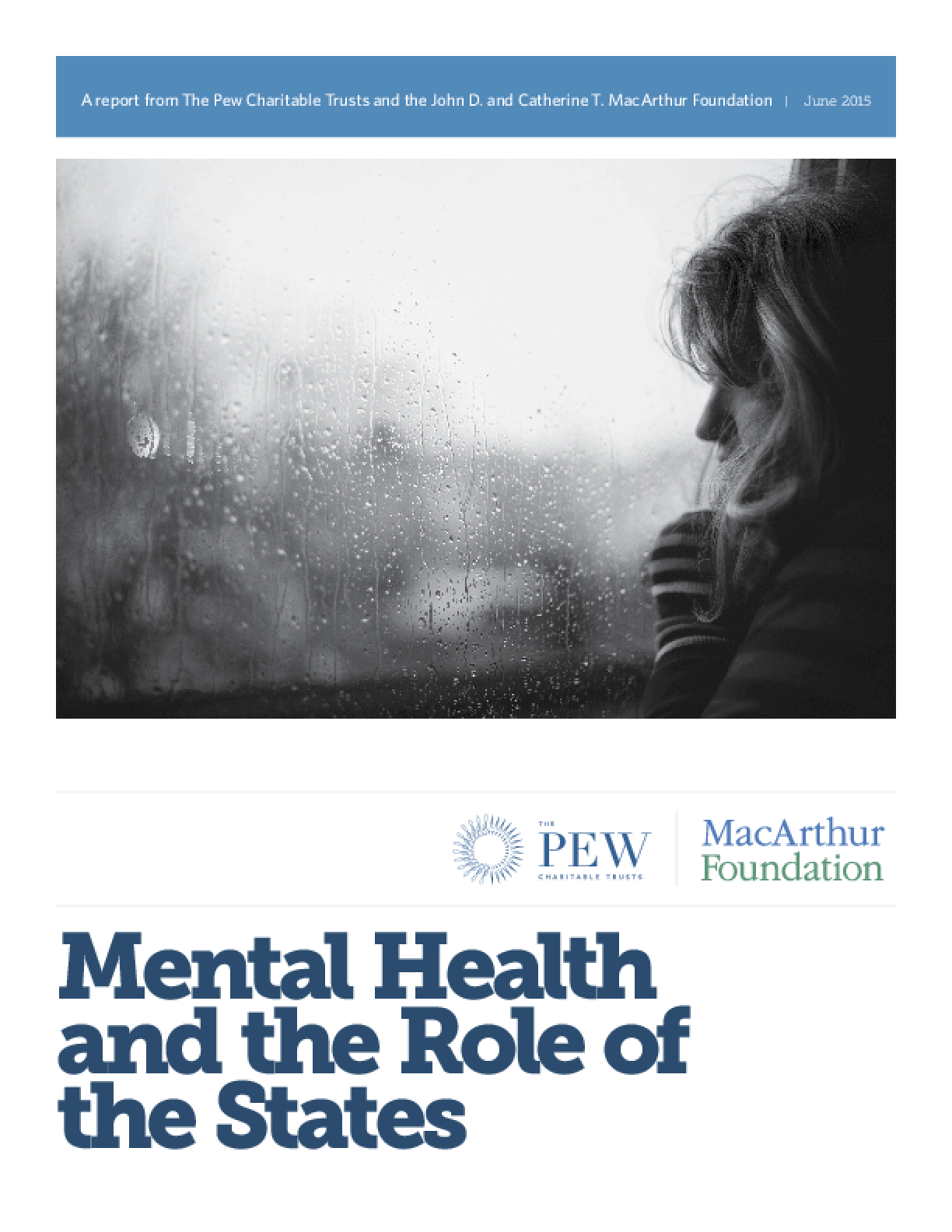