The overall percentage of lawful immigrants to the United States choosing to apply for and gaining citizenship is at its highest level in more than two decades. Yet in terms of naturalization rate, Mexicans – the single largest group of lawful immigrants by country of origin – lag well behind green-card holders eligible to apply from other parts of the globe.

Based on Pew Research Center estimates using the most recent U.S. Census Bureau data available, two-thirds (67%) of lawful immigrants eligible to apply for U.S. citizenship had applied for and obtained citizenship by 2015. This is the highest share since at least the mid-1990s. But among Mexican lawful immigrants eligible to apply, only 42% had applied for and obtained U.S. citizenship by 2015, a rate little changed since 2005 and one of the lowest among all immigrant groups when it comes to country of origin.

As part of a larger survey of Hispanic immigrants fielded in late 2015, Pew Research Center asked Mexican green-card holders why they had not yet become naturalized U.S. citizens. The most frequent reasons centered on inadequate English skills, lack of time or initiative, and the cost of the U.S. citizenship application. These appear to be significant barriers, as nearly all lawful immigrants from Mexico said they would like to become U.S. citizens someday. 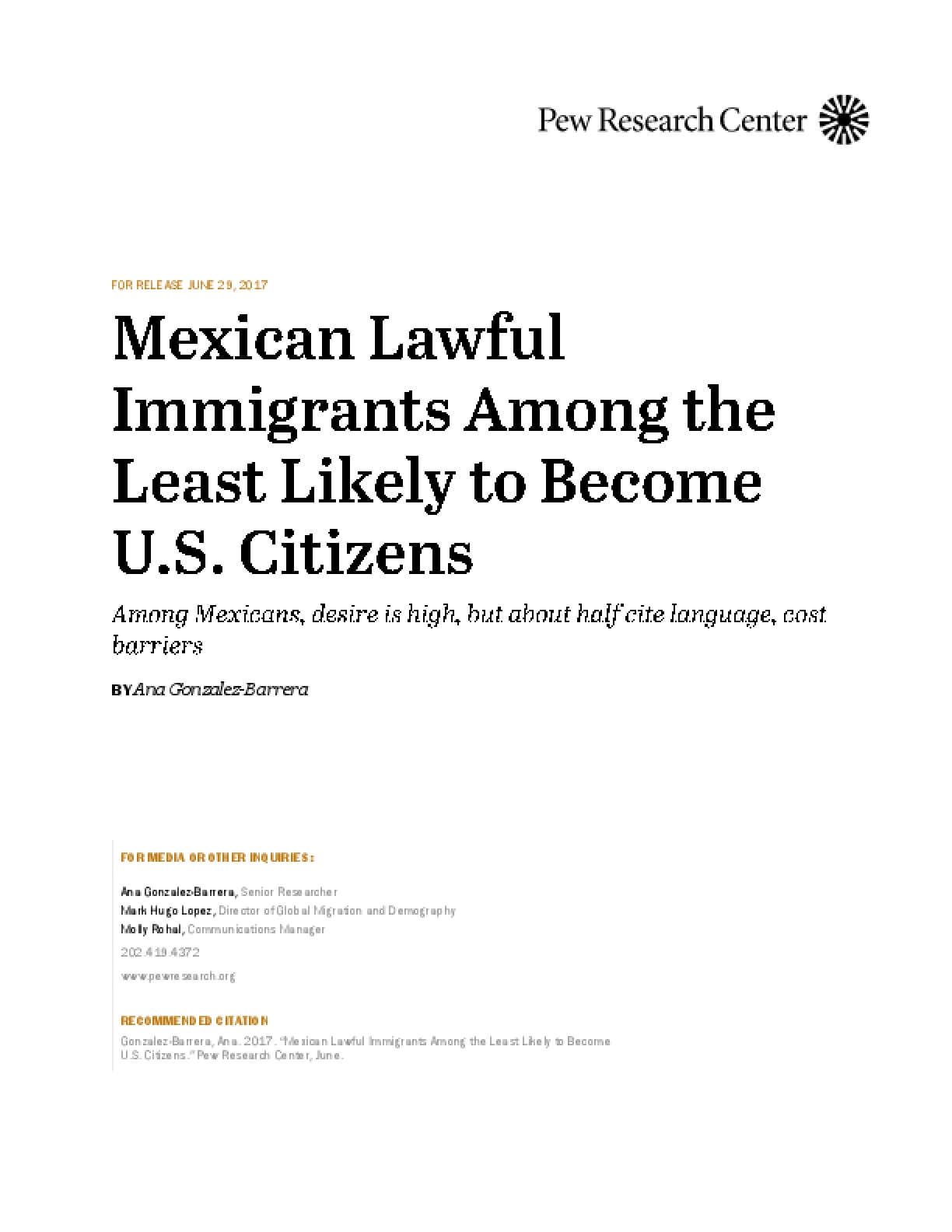