In June 2014 at the Our Ocean Conference in Washington, DC, United States Secretary of State John Kerry announced the ambitious goal of ending overfishing by 2020. To support that goal, the Secretary's Office of Global Partnerships launched mFish, a public-private partnership to harness the power of mobile technology to improve fisher livelihoods and increase the sustainability of fisheries around the world. To complement independent efforts by /tone for large-scale distribution of mobile technology, the US Department of State provided a grant to 50in10 to create a pilot of mFish that would allow for the identification of behaviors and incentives that might drive more fishers to adopt novel technology. In May 2015, as part of the mFish public-private partnership, 50in10 and Future of Fish designed a pilot to evaluate how to improve adoption of a new mobile technology platform aimed at improving fisheries data capture and fisher livelihoods. Executive Summary. 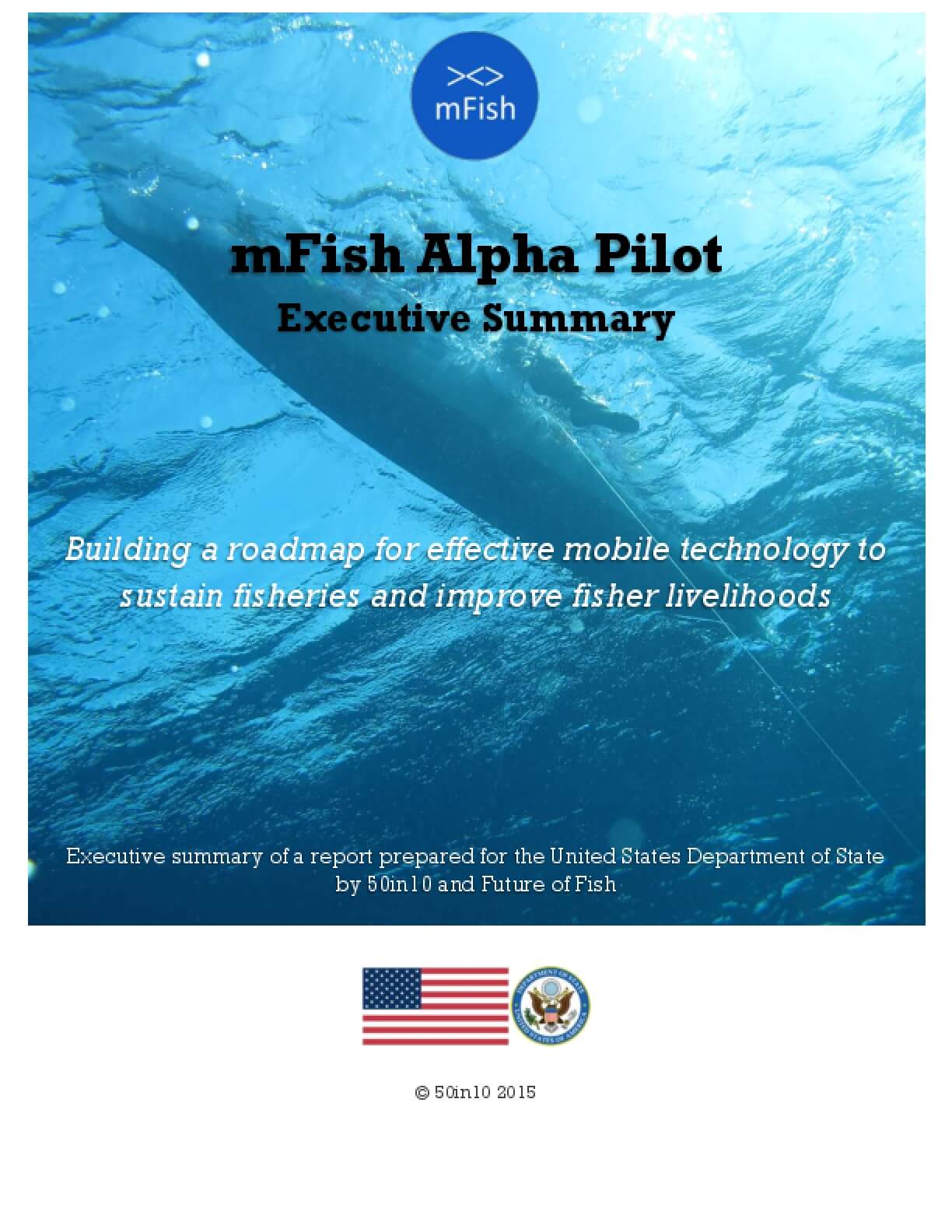