Objective: To investigate whether greater cardiovascular fitness in midlife is associated with decreased dementia risk in women followed up for 44 years.

Methods: A population-based sample of 1,462 women 38 to 60 years of age was examined in 1968. Of these, a systematic subsample comprising 191 women completed a stepwise-increased maximal ergometer cycling test to evaluate cardiovascular fitness. Subsequent examinations of dementia incidence were done in 1974, 1980, 1992, 2000, 2005, and 2009. Dementia was diagnosed according to DSM-III-R criteria on the basis of information from neuropsychiatric examinations, informant interviews, hospital records, and registry data up to 2012. Cox regressions were performed with adjustment for socioeconomic, lifestyle, and medical confounders. 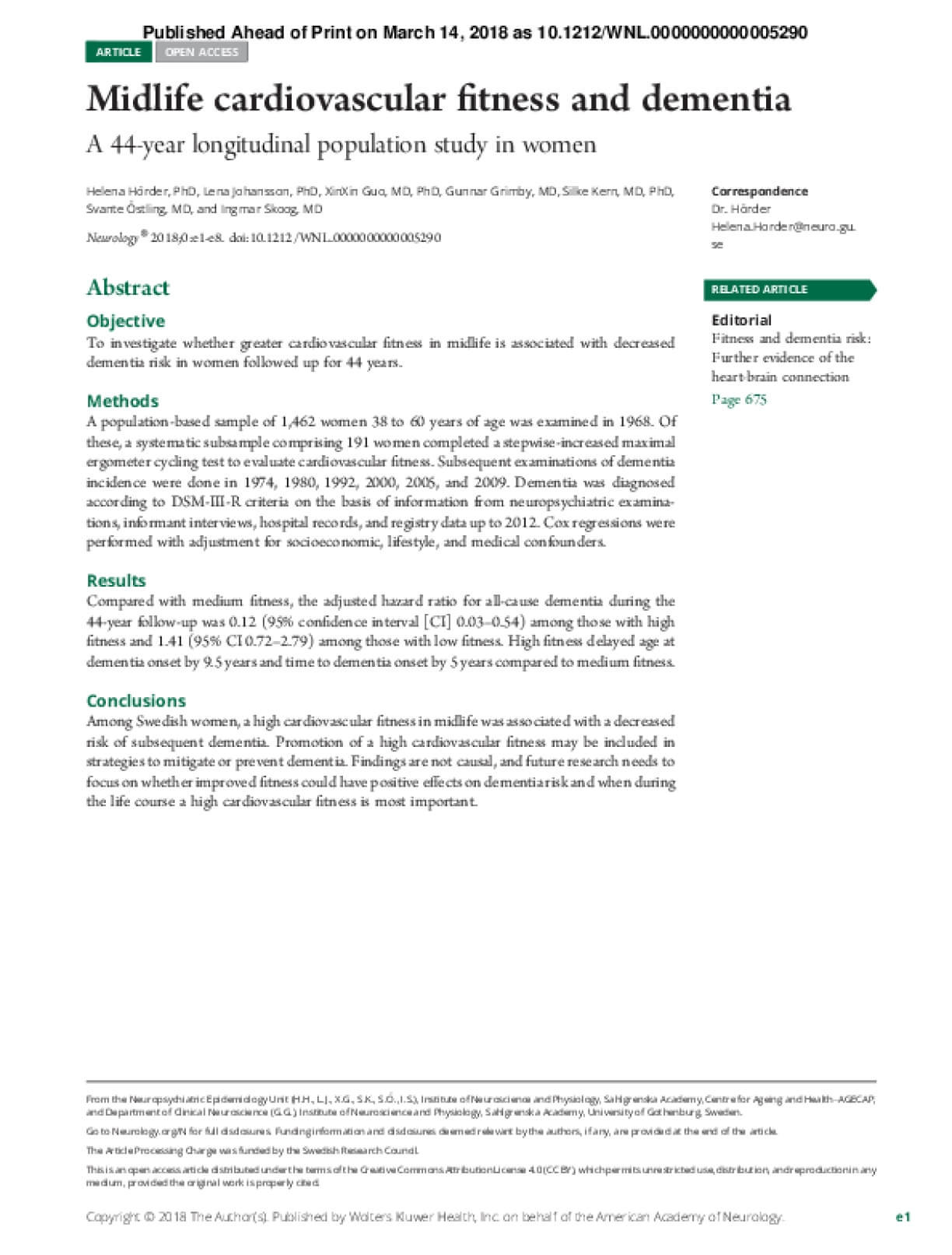