Midwest Evaluation of the Adult Functioning of Former Foster Youth

The Midwest Evaluation of the Adult Functioning of Former Foster Youth (Midwest Study) is a prospective study that has been following a sample of young people from Iowa, Wisconsin, and Illinois as they transition out of foster care into adulthood. It is a collaborative effort involving Chapin Hall at the University of Chicago; Partners for Our Children at the University of Washington, Seattle; the University of Wisconsin Survey Center; and the public child welfare agencies in Illinois, Iowa, and Wisconsin. The Midwest Study provides a comprehensive picture of how foster youth are faring during this transition since the Foster Care Independence Act of 1999 became law. Foster youth in Iowa, Wisconsin, and Illinois were eligible to participate in the study if they had entered care before their 16th birthday, were still in care at age 17, and had been removed from home for reasons other than delinquency. Baseline survey data were collected from 732 study participants when they were 17 or 18 years old. Study participants were re-interviewed at ages 19 (n = 603), 21 (n = 591), and 23 or 24 (n = 602). A fifth wave of survey data will be collected when study participants are 25 or 26 years old. Because many of the questions Midwest Study participants were also asked as part of the National Longitudinal Study of Adolescent Health, it is possible to make comparisons between this sample of former foster youth and a nationally representative sample of young people in the general population. These comparisons indicate that young people who have aged out of foster care are faring poorly as a group relative to their peers across a variety of domains. The Midwest Study also presents a unique opportunity to compare the outcomes of young people from one state (i.e., Illinois) that allows foster youth to remain in care until their 21st birthday to the outcomes of young people from two other states (i.e., Iowa and Wisconsin) in which foster youth generally age out when they are 18 years old. The data suggest that extending foster care until age 21 may be associated with better outcomes, at least in some domains. 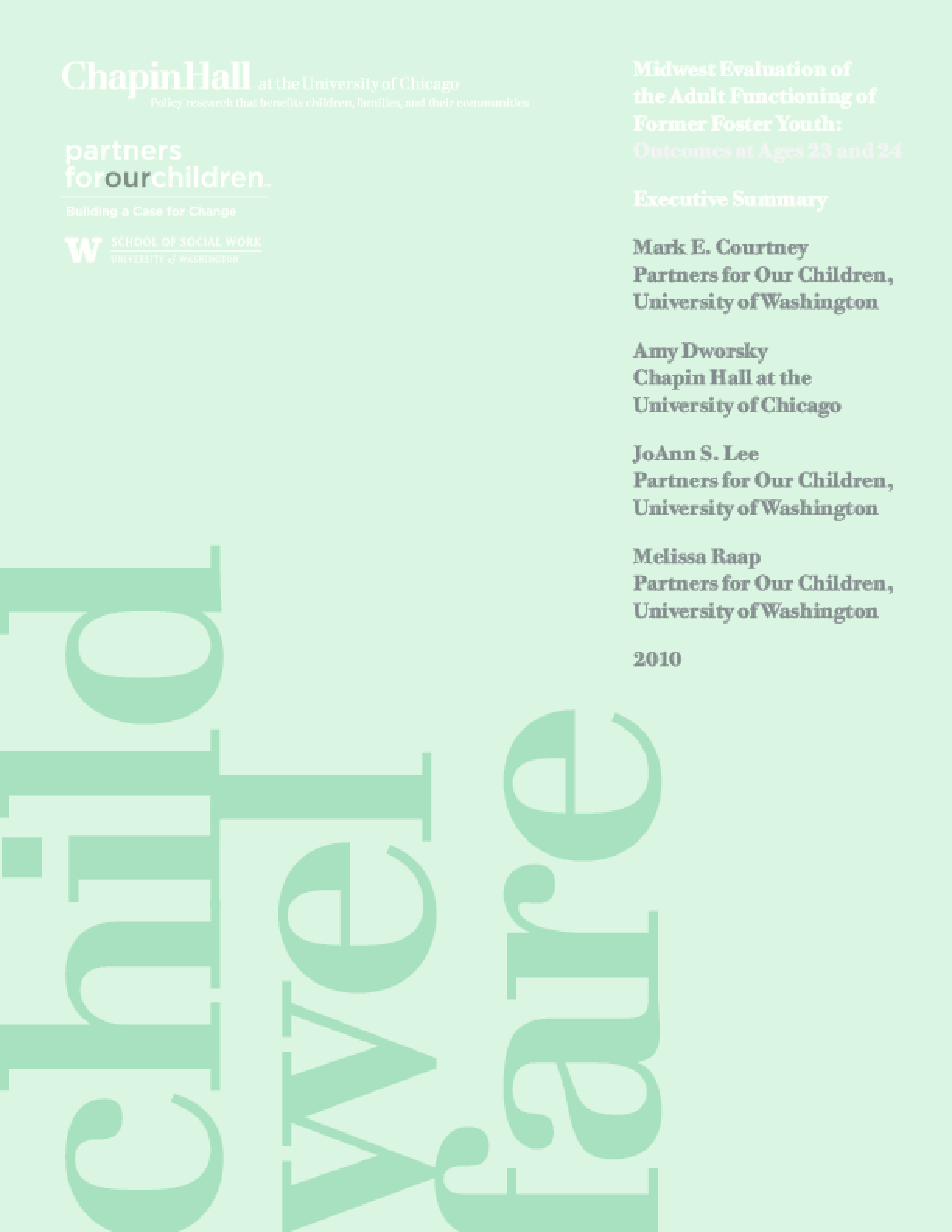