Migration and Integration: The Impact of NGOs on Future Policy Development In Ireland (Full Report)

The purpose of this study was to investigate the capacity of non governmental organisations (NGOs) to inform the development of national policies on migration in Ireland, here taken to include policies on immigration, asylum, integration and citizenship. In the context of current policies and likely future developments, and the opportunities and constraints in the Irish political system, the report assesses the strengths and limitations of existing NGO strategies. It identifi es initiatives that NGOs and the government could take to enhance the capacity of NGOs to inform future policy development. It does not explore their capacity needs as advice and service providers, nor relationships with policy makers or service providers at the local level. The research was completed in the Autumn of 2005. 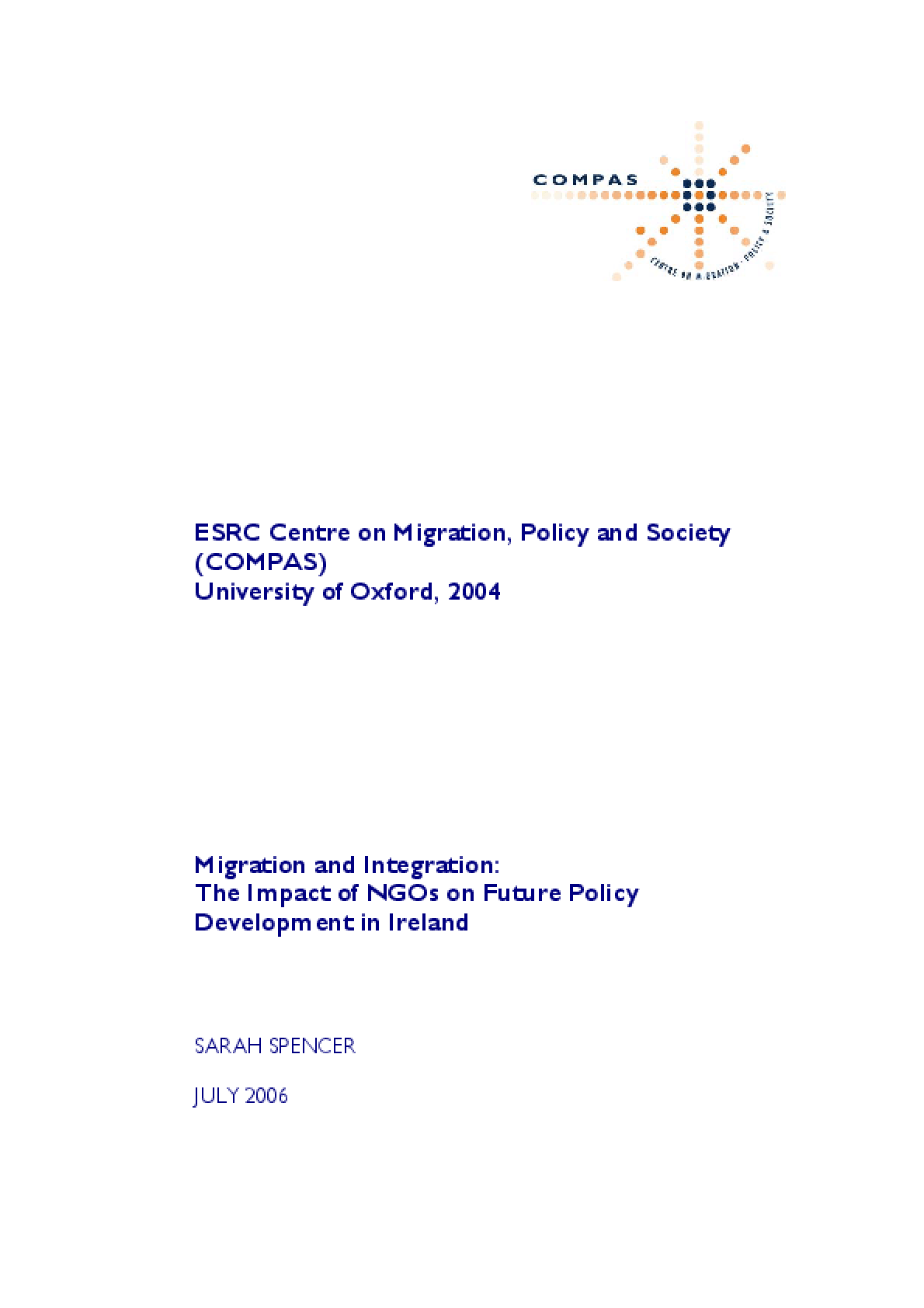