Millstone or Milestone? What rich countries must do in Paris to make aid work for the poor

At the start of March, international development ministers from the world's richest countries will gather round the table in Paris to identify the actions needed to make aid work for one billion people living in extreme poverty. Two years ago in Rome, these same countries made a series of commitments to reform the aid system, and transform it into an effective instrument of change. But instead of celebrating progress, they will be confronted by the results of two years of inaction. This is a sorry tale of muddle and hypocrisy, dithering and stalling, with the world's poor cast unwittingly in the role of fall guy. 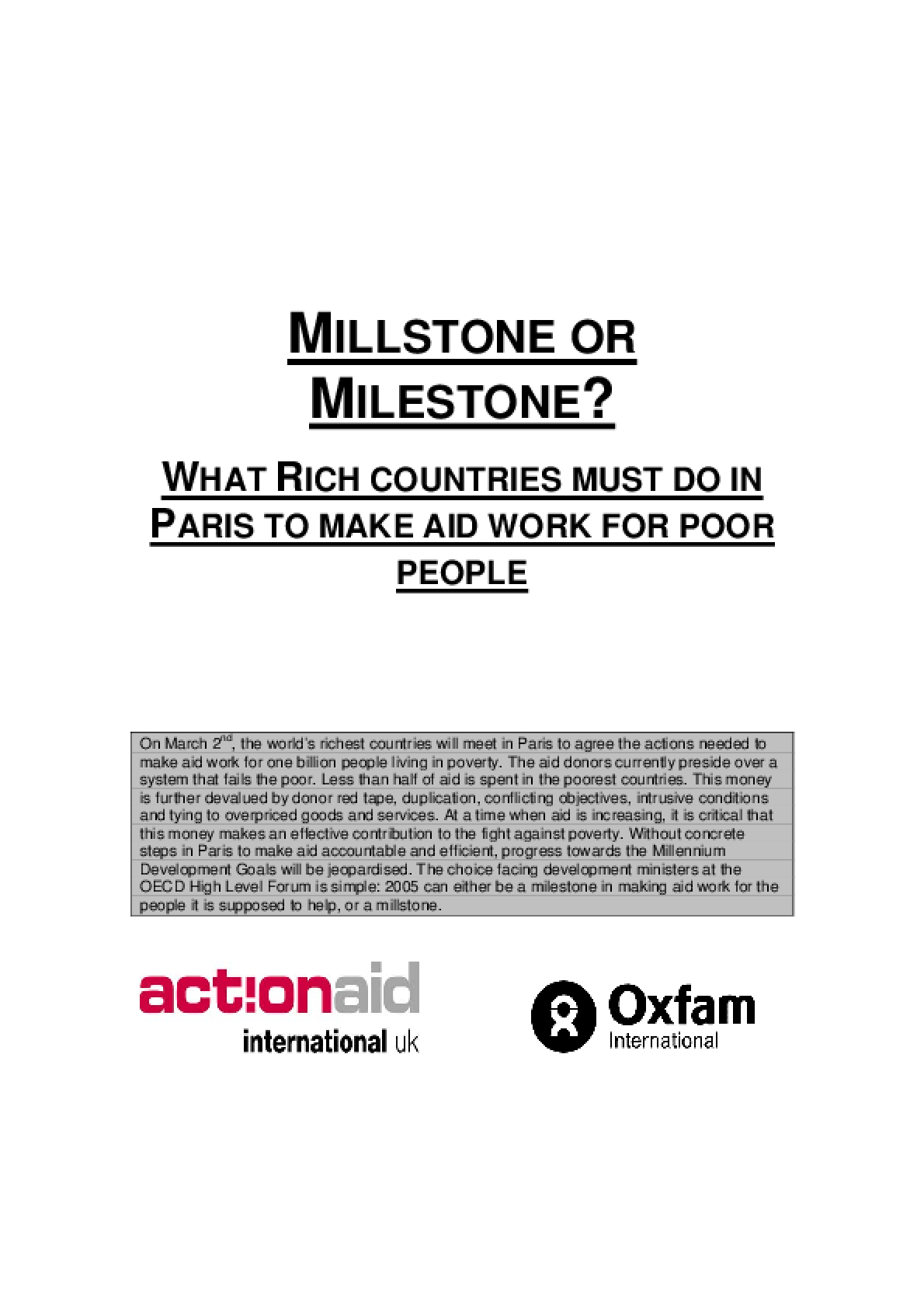