A survey of Milwaukee Kindergarten teachers finds nearly all (97%) report they can generally tell early in the school year which children attended preschool and which did not. Teachers also feel that those who attended preschool typically perform much better in Kindergarten and at least somewhat better after that. The survey of 77 teachers of five-year-old Kindergarten (K5) in the Milwaukee public school district (MPS) also finds that most teachers (93%) feel children with preschool or four-year-old Kindergarten (K4) backgrounds are somewhat to much better prepared to enter K5 than their peers. In addition, the majority (83%) feel spending time in preschool or K4 is very important prior to entering K5. These findings hold true for teachers in schools with higher-than-average enrollments of low-income children, as well as teachers in schools with fewer low-income children. 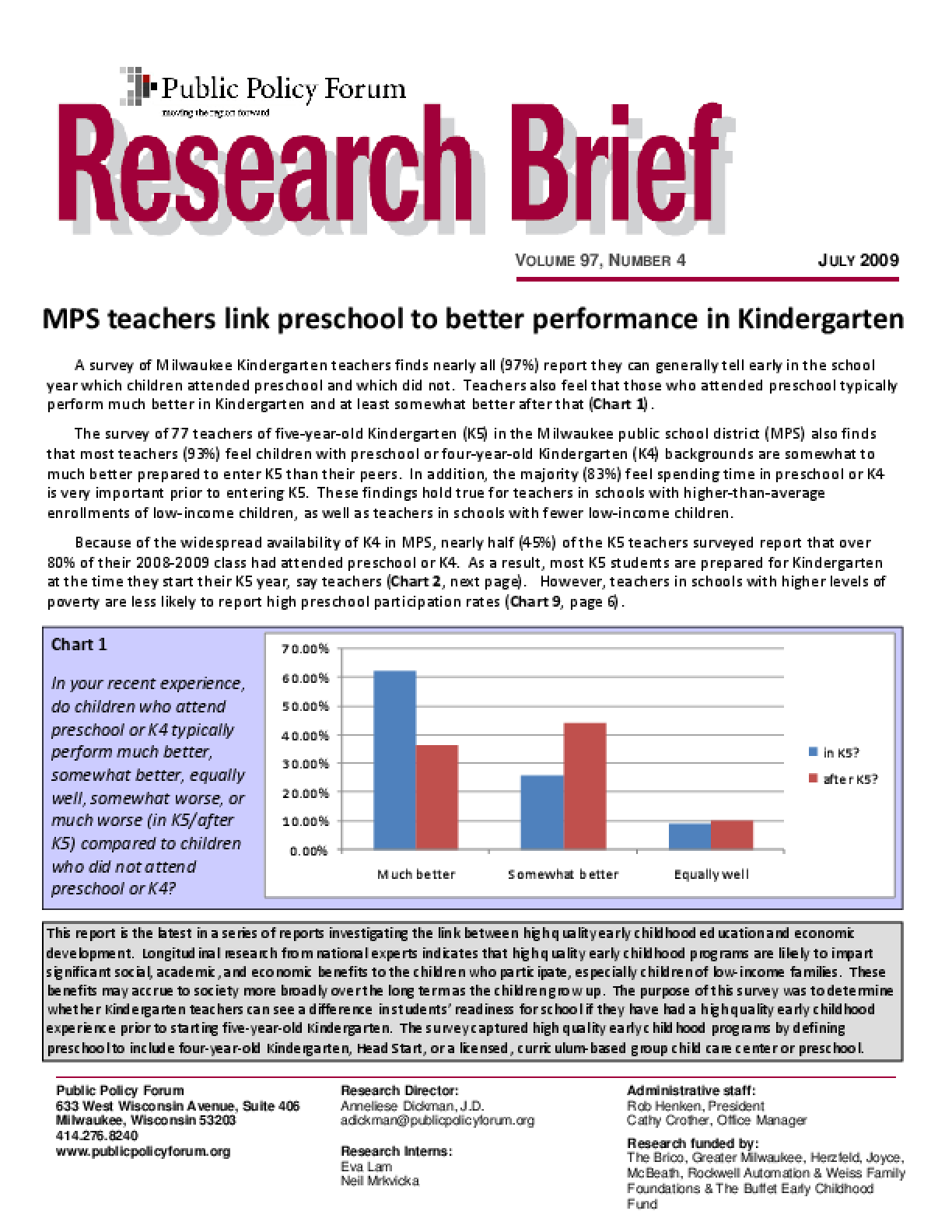