Minding the Climate Gap: What's at Stake if California's Climate Law isn't Done Right and Right Away details how incentivizing the reduction of greenhouse gases -- which cause climate change -- from facilities operating in the most polluted neighborhoods could generate major public health benefits. The study also details how revenues generated from charging polluters could be used to improve air quality and create jobs in the neighborhoods that suffer from the dirtiest air. 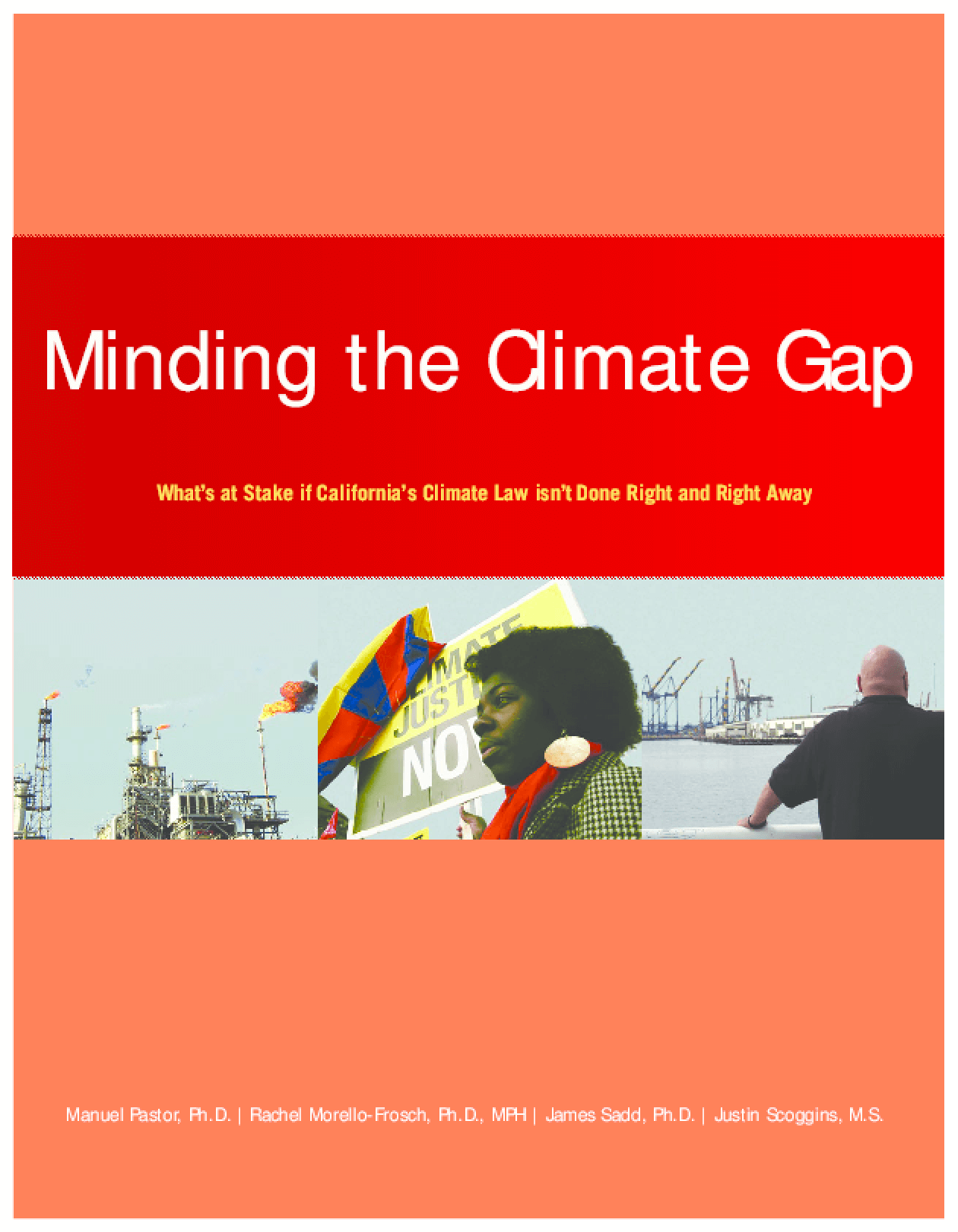