By the end of the second enrollment period in 2015, MNsure (the insurance marketplace) reported that more than 300,000 individuals had enrolled in health insurance coverage through the marketplace since its launch. Eighty percent of this new coverage is due to growth in public program enrollment, with the remaining coverage due to QHP (qualified health plans) enrollment. Between September 30, 2013, and May 1, 2014, the number of uninsured Minnesotans fell by 180,500 -- a reduction of 40.6 percent. Minnesotans saved $30 million on their insurance premiums through tax credits in 2014.

While the increase in health insurance coverage was driven particularly by an increase in the number of Minnesotans enrolled in public health insurance programs, enrollment in private health insurance plans has also increased. As MNsure moves forward, it is important to maintain a strong private QHP market, as those premiums significantly contribute to the marketplace's revenues. 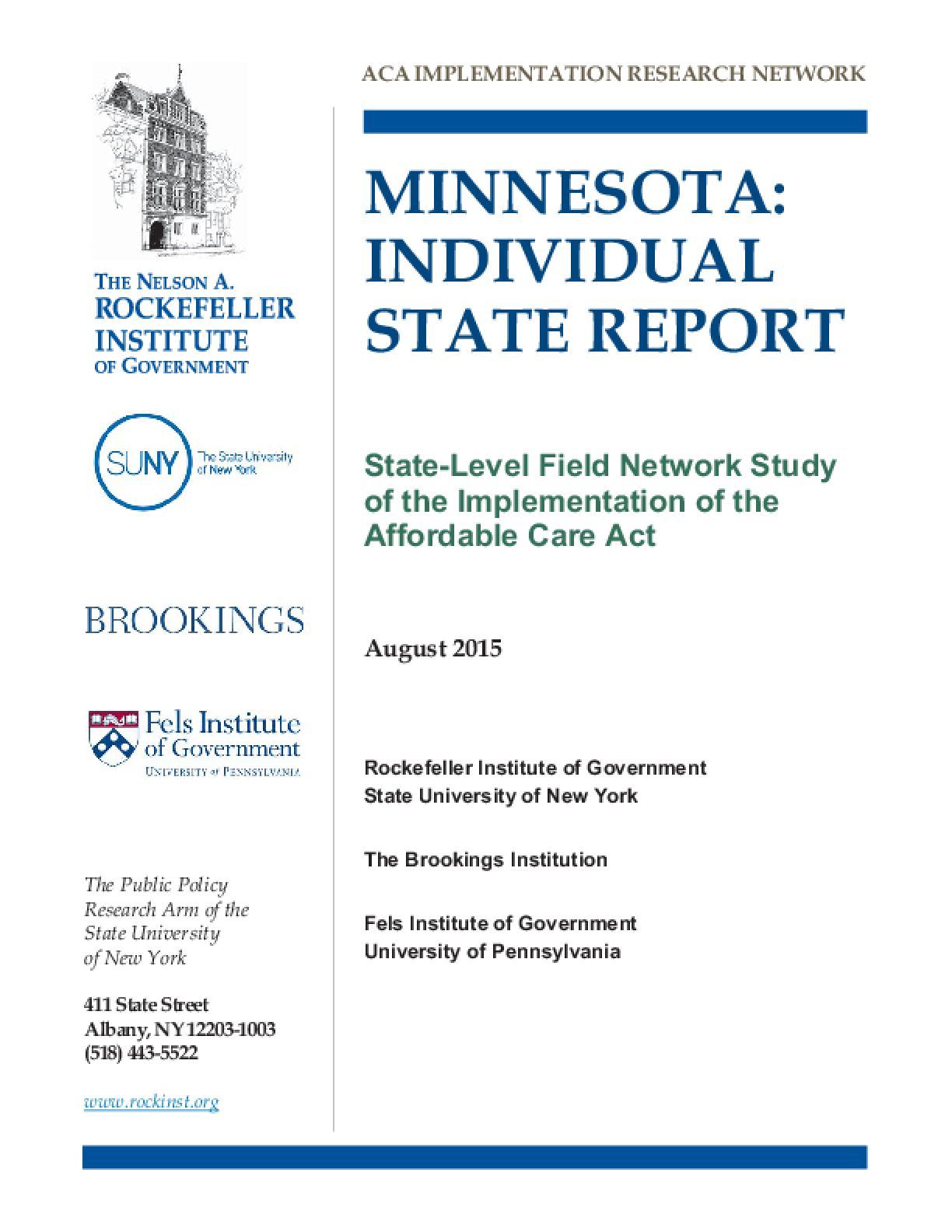