This reports evaluates the efforts of The Minority Children Fund in Ireland. The Minority Children Fund is a one-year, once-off, grant scheme to support the inclusion of minority children in the activities and services of youth and sports organisations. The fund was set up and distributed in 2007. Seventeen organisations throughout Ireland were awarded a grant to promote the inclusion of minority children in their activities during 2008/9. A total of €525,735 was distributed in two funding streams: large grants and small grants. Three organisations received large grants amounting to €285,050 in total, equivalent to 54% of the fund. Fourteen organisations received small grants amounting to €240,685 in total, equivalent to 46% of the fund. In view of these two funding streams, it was decided to separately evaluate each stream while nevertheless providing an integrated summary and conclusion. As a result, the report is divided into four parts: Part One: Context for the Evaluation Part Two: Evaluation of Large Grantees Part Three: Evaluation of Small Grantees Part Four: Summary and Conclusion. 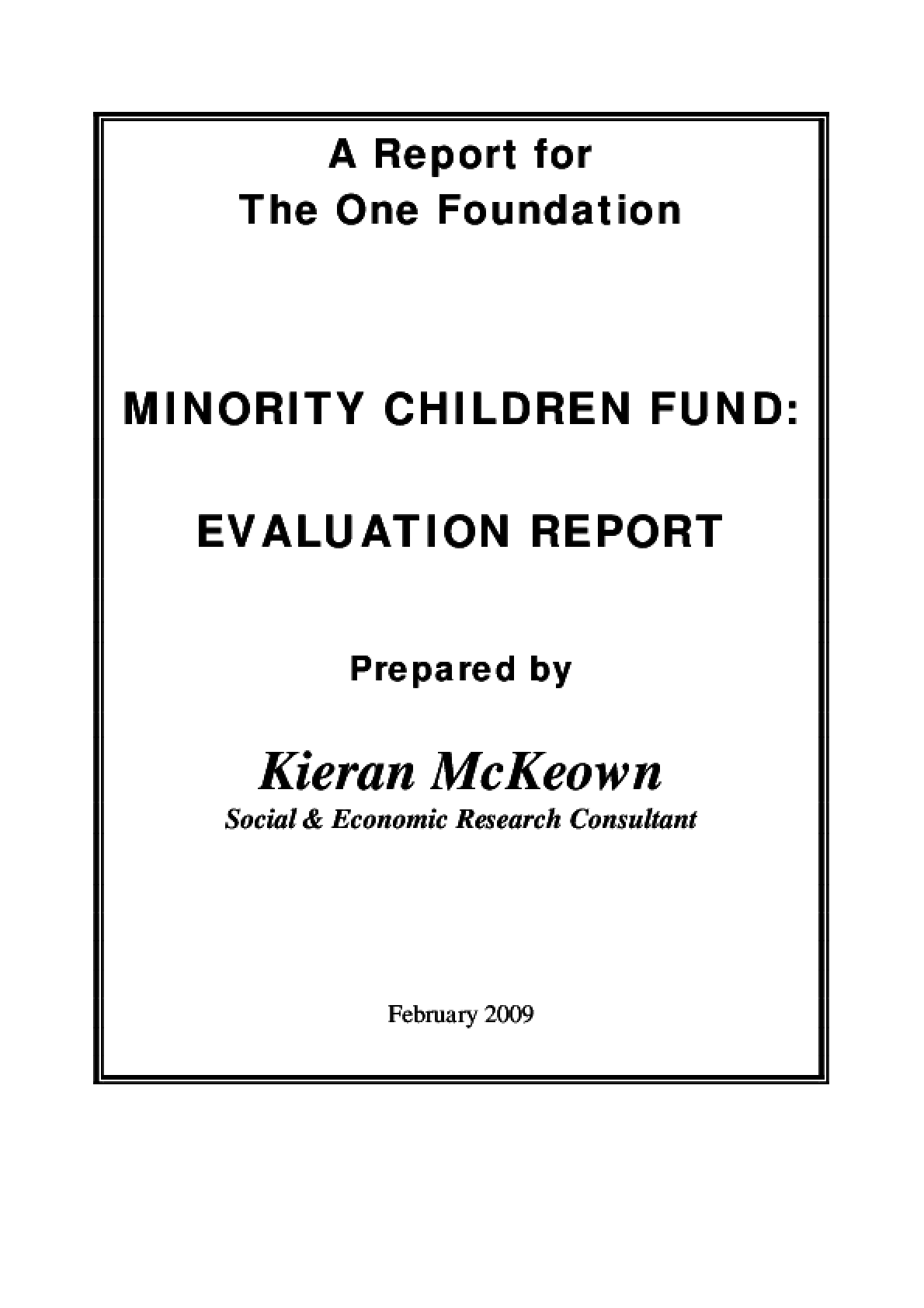