This study used merged data from three national surveys to address questions about security measures in American high schools, suspension rates, and student misbehavior. First, the study identified the characteristics of schools that implemented the most extreme security measures and those with the highest levels of discipline. Second, the study used data on individual students to examine misbehavior and race and gender disparities in suspensions not attributable to misbehavior. 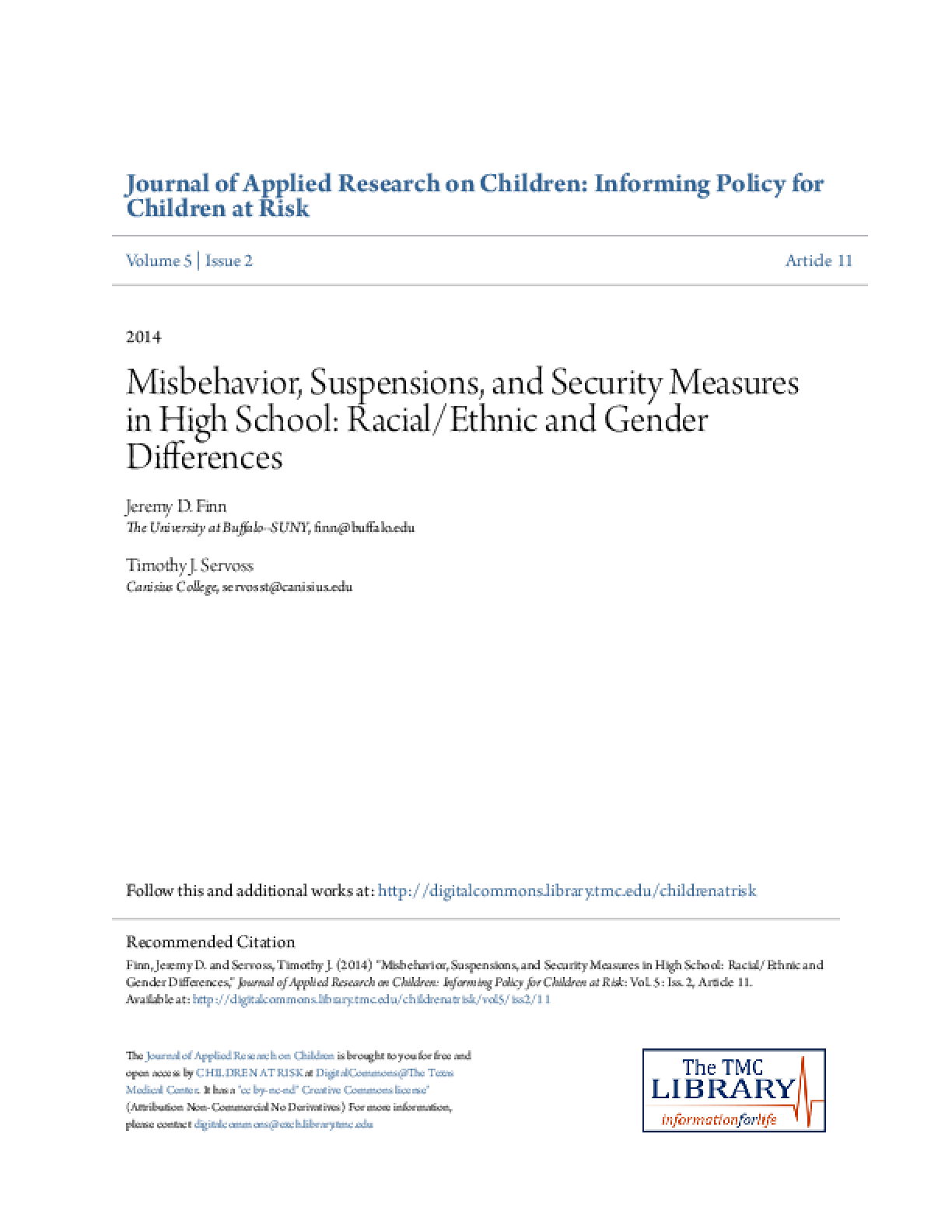