Missed Opportunities: How We Keep High-Quality Teachers Out of Urban Classrooms

It is widely recognized that no factor under school control affects student achievement more than the quality of the teacher in the classroom. Yet, on average, low-income and minority children have lower-quality teachers who are far more likely to be uncertified, to have scored poorly on college and licensure exams, and to be teaching outside of their field.

Conventional wisdom attributes this disparity to the inability of large city school systems to attract high-caliber teachers. But the reality is that, thanks to stepped-up recruitment efforts, high-quality teacher candidates regularly apply in large numbers to teach in hard-to-staff districts. The problem is, they do not get hired.

The failure of many large urban districts to make job offers to new teachers until July or August is largely to blame for this problem. Because of hiring delays, these districts lose substantial numbers of teacher candidates—including the most promising and those who can teach in high-demand shortage areas—to suburban classrooms that typically hire earlier.

As a result, urban districts lose the very candidates they need in their classrooms to meet the No Child Left Behind mandates, and millions of disadvantaged students in America's cities pay the price with lower-quality teachers than their suburban peers.

To date, the evidence on the consequences of late hiring timelines has been largely anecdotal. In this report, The New Teacher Project provides an in-depth study of urban district hiring practices and their effect on applicant attrition and teacher quality by analyzing data from four "hard-to-staff" urban districts. These representative districts, which agreed to let us gather extensive data on the condition of anonomity, comprise three large districts in the Southwest, Midwest, and Eastern regions and a mid-size district in the Midwest. The districts average just fewer than 73,000 students each, and the largest district has more than 150,000 students. The percentage of non-white students in these districts ranges from 62 percent to 85 percent. Between two-thirds and three-quarters of students qualify for free or reduced-price lunch.

The report relies on a wealth of sources—applicant tracking data, telephone surveys with applicants who left for other districts, written surveys, and focus groups—to quantify the length of hiring delays, the subsequent scale of applicant attrition, and its very real effect on teacher quality in urban schools. 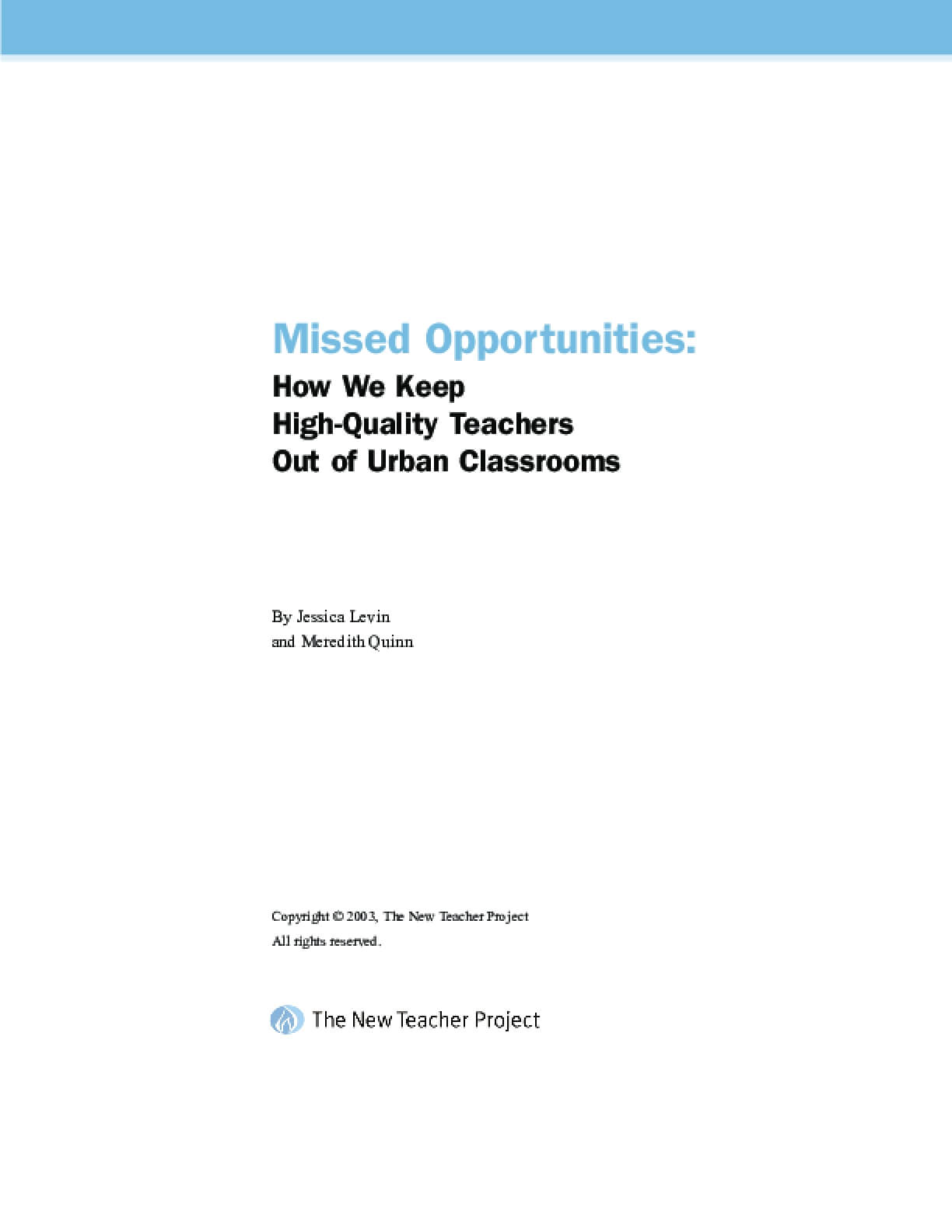