This report has been prepared in response to a general request by the State Tax Service (STS) to Georgia State University (GSU) Russian Federation Fiscal Reform project (sponsored by the U.S. Agency for International Development) for assistance in carrying out of a series of studies required in support of the modernization of the STS, and more in particular, as a condition of continuation of the World Bank loan for computerization, including the review EDP systems being developed by RNIVTS from a tax administration perspective, to ensure their adequacy, responsiveness to needs of the STS and effectiveness. The inescapable conclusion of this report is that the current status of the TAMP software and the ancillary reforms in procedures, tax returns forms, and organizational structures are less than complete, making the roll-out of the TAMP to other Oblasts premature. The short-term actions recommended are aimed at enabling the STS to make some minimum improvements in the organizational structures of the pilot offices and in moving the software into an operational mode so that its benefits can be realized. For the medium term the software developed by RNIVTS must be largely redesigned. The revised software should take full advantage of the capabilities of computers to take over most of the routine work of the tax inspectors. A self-assessment system, in which taxpayers fully complete their tax declarations without intervention by tax inspectors, must be introduced and the functional organization fully implemented in the pilot regions to complement the changes in the computer system. In other words, modernization of the STS goes beyond computerization. It will require reliance on a self-assessment system and the reorganization of the STS along functional lines. It should be noted that the team was not given access to the necessary statistical data, therefore the recommendations for the medium term are of a general nature only. In any case, specific recommendations are premature. The recommendations made in the report aim to improve the organizational structure and the decision-making process at the STS level. The recommendations focus on developing the necessary tools and conditions that will allow the STS to modernize its computer systems, procedures and field organization. Working Paper Number 98-05. 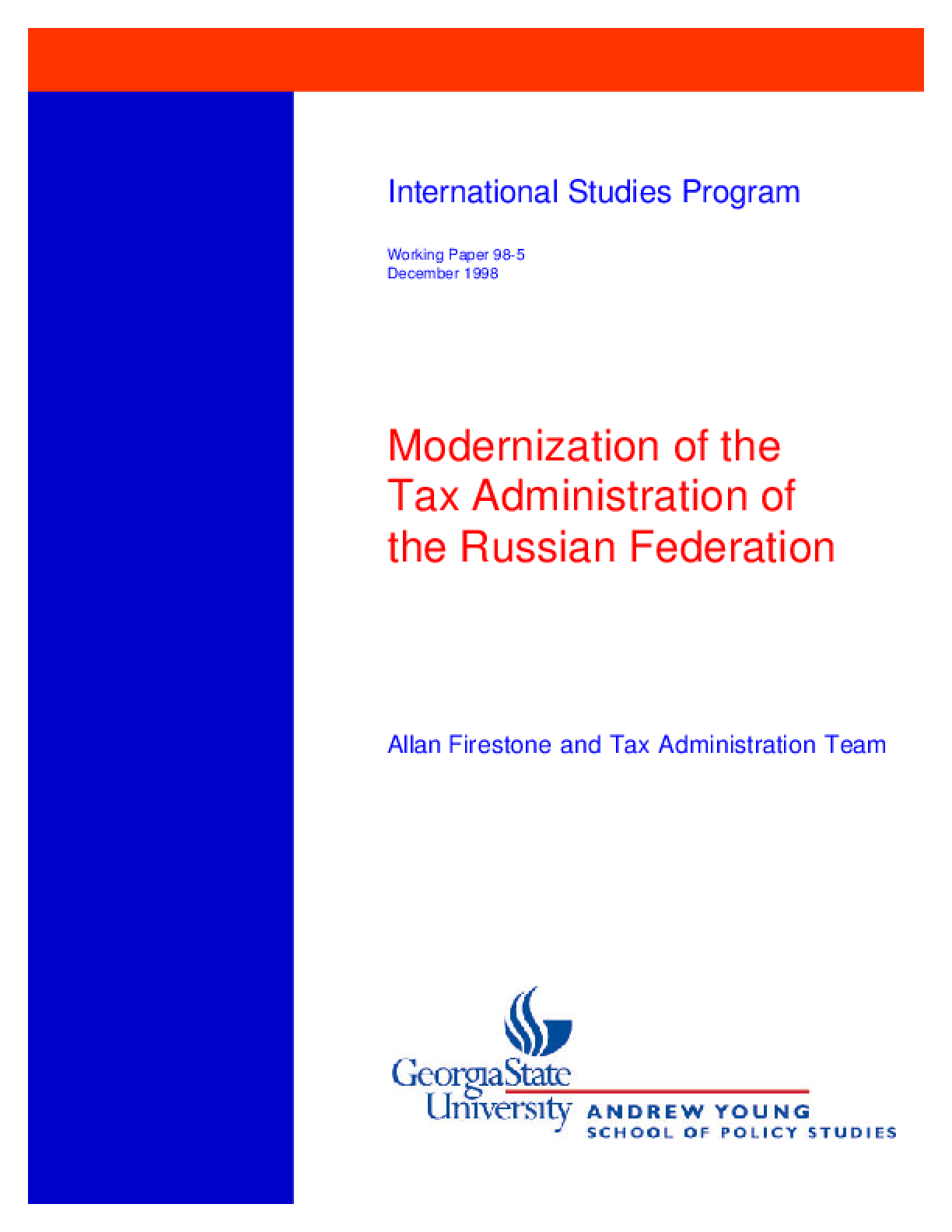