Modernization through Home Economics: The American International Association in Brazil, 1947-1961

The activities of the American International Association in Brazil and Venezuela have attracted the attention of scholars interested in examining the organization as an example of the complex economic, political, and cultural relationships between the United States and Latin America in the mid-twentieth century. A 2013 historiographic essay by Claiton Marcio da Silva on scholarship concerning the AIA's initiatives in Brazil reveals a particular interest among Brazilian scholars in Nelson Rockefeller's economic and political influence as projected through the AIA and affiliated organizations, including the International Basic Economy Corporation. As da Silva notes, debate within Brazilian scholarship prior to the 1990s primarily centered on whether the AIA was a missionary-like endeavor to foster economic development or an imperialist project to establish North American dominance. With the cultural turn in the 1990s, scholars have complicated this narrative with explorations of Latin American participation in the AIA and IBEC, and these organizations' connections to the broader development of consumer culture. Though scholars have become more interested in examining these organizations from a cultural perspective, recent scholarship remains focused on the AIA's efforts to modernize Brazilian agricultural practices. The organization's efforts to spread modern, North American home economics practices to poor rural and urban households remains largely unexamined. 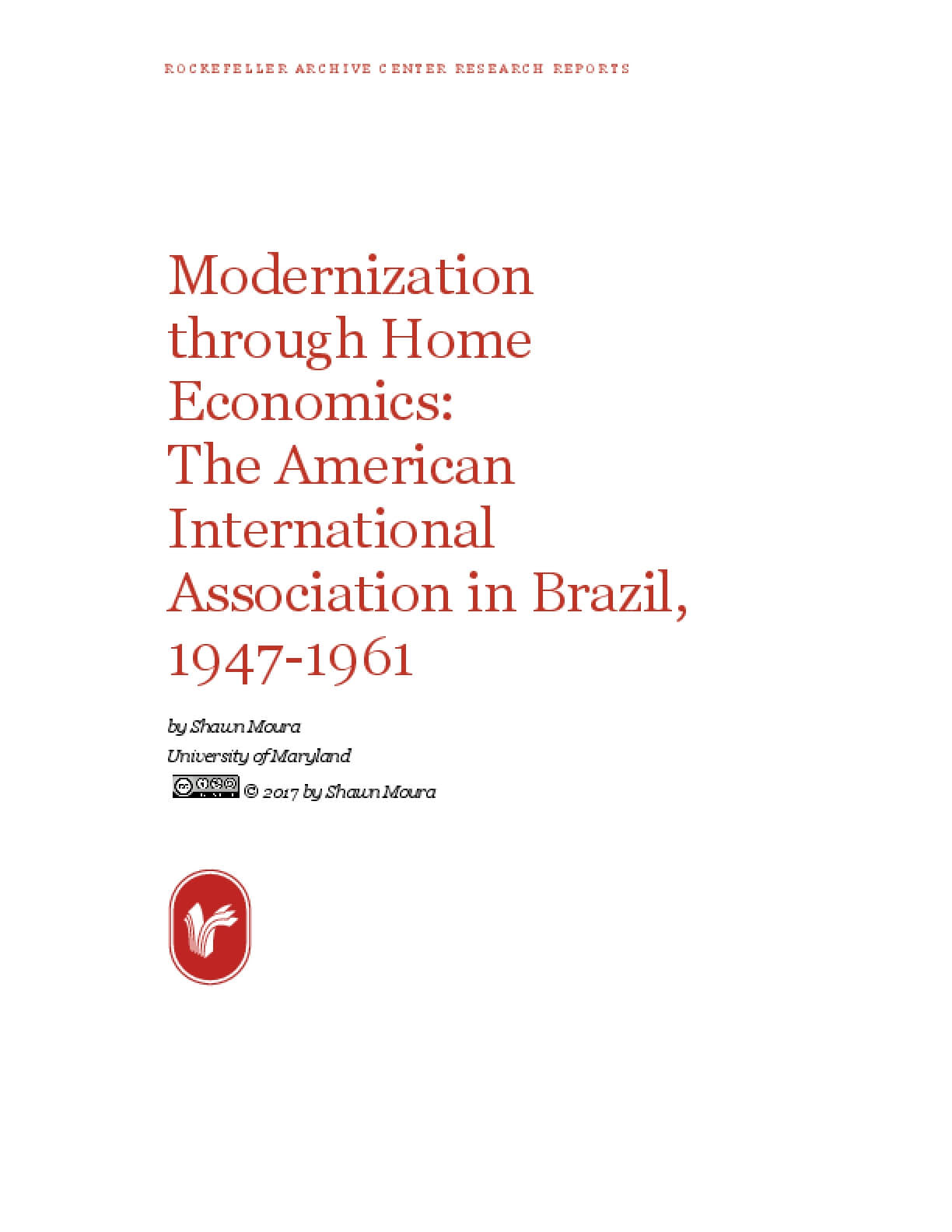