We study the consequences of forming a monetary union among a group of countries where the central banks lack independence and are pressured frequently to accommodate government objectives. This is a common situation in the developing countries. As it is common in the literature, we show that forming a monetary union yields net benefits if output shocks are similar across the member countries and if one or more countries in the union can serve as anchors. Our framework highlights an additional gain from monetary union. We show that the opportunistic objectives of one country's policymakers are kept in check at the union level by other members with disparate objectives. Hence, monetary union can improve the monetary policy for its members if the pressures on the individual central banks are dissimilar. We calibrate the model to evaluate the proposed monetary union in the East African Community. Working Paper 06-54 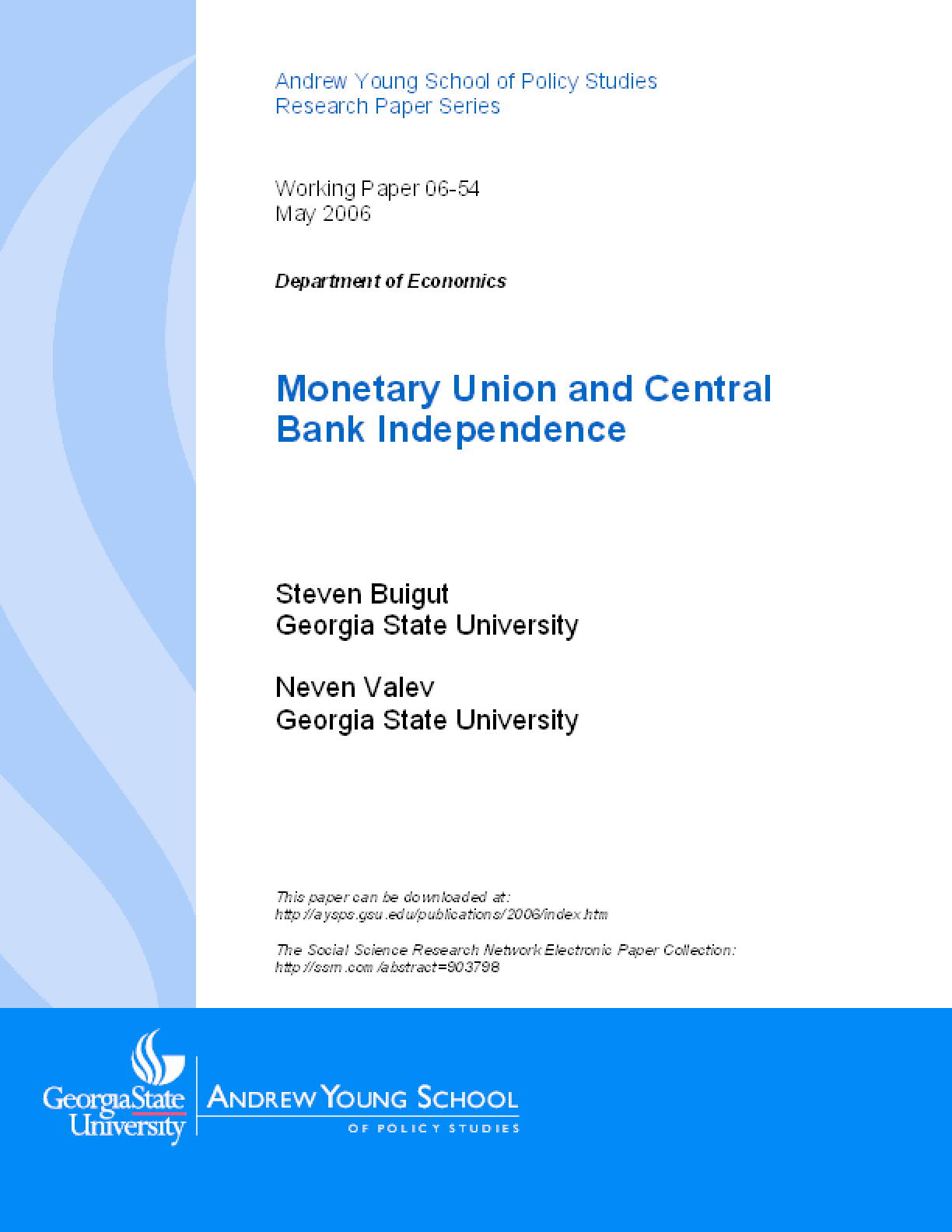