Monitoring the Impact of Health Care Reforms on Americans 50-64: Awareness and Coverage Expectations

This survey found widespread awareness among Americans ages 50 to 64 about the new health insurance Marketplace that had been created by the Affordable Care Act (ACA). Those with the most to gain from the ACA -- the uninsured and those with nongroup (individual) insurance -- expressed the greatest interest in using the Marketplace to learn about new coverage options. Most of those already insured expected to keep their same source of coverage in 2014, whereas the uninsured had mixed expectations. This paper is part of a series that looks at the experiences of 50- to 64-year-olds during the ACA's first open enrollment period. 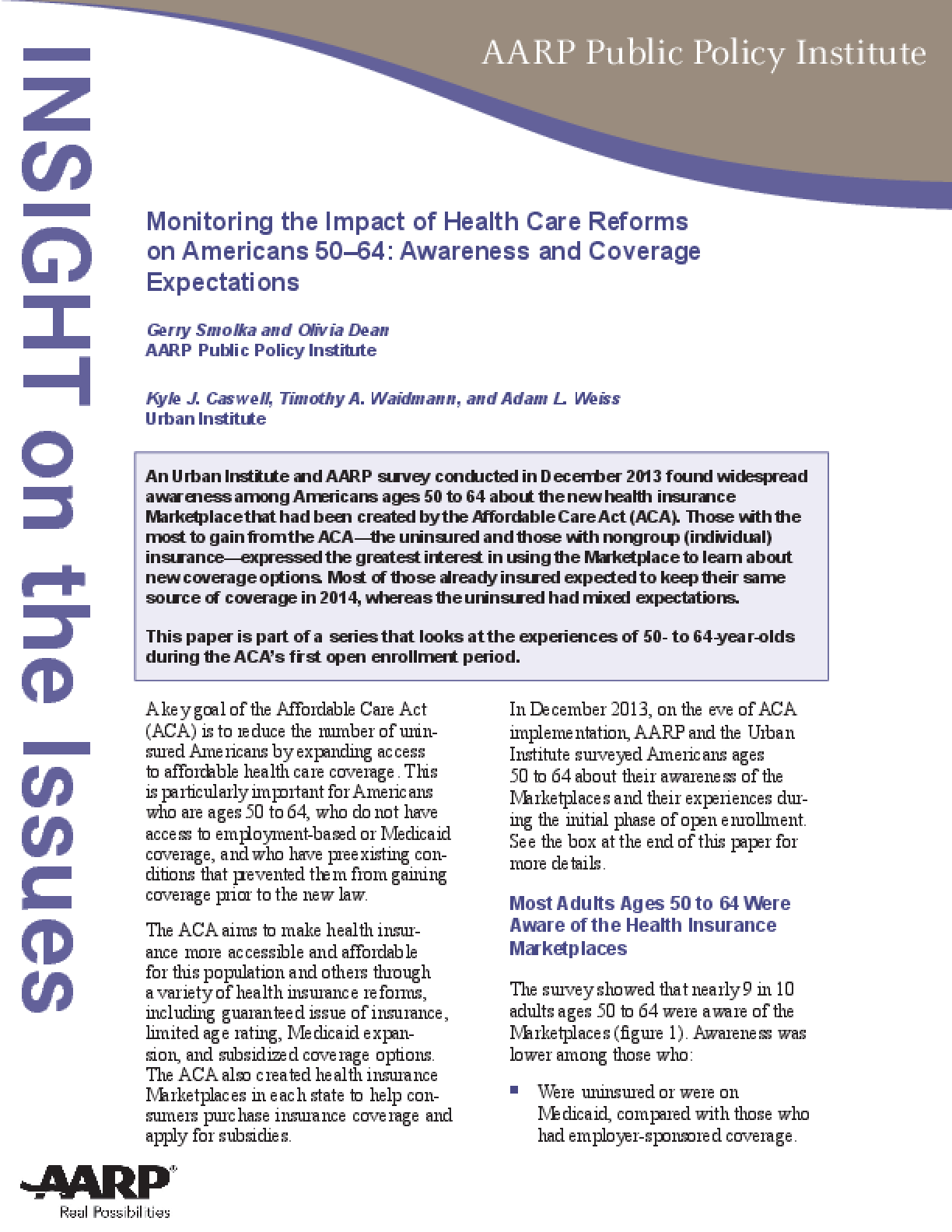