Monitoring the Impact of Health Reform on Americans 50-64: Use of Insurance Marketplaces 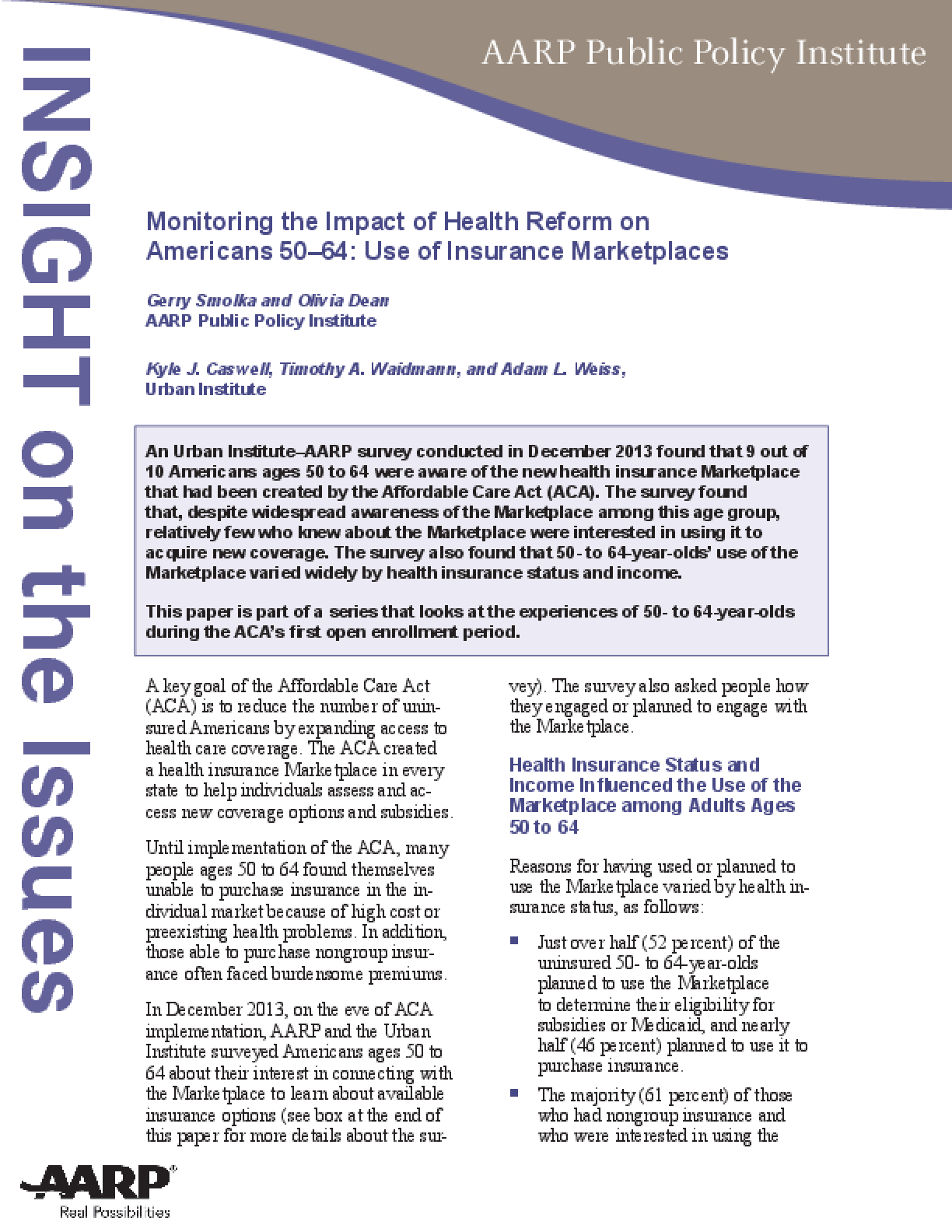