Politically, Montenegro finds itself in a paradoxical situation. At one level it is the champion of European integration in the Western Balkans when it comes to progress in the EU accession negotiations, but it is also the only country in the region that has not experienced a change of government since the introduction of the multiparty system in 1990.

The same individuals, families, and political and business elites have been controlling the country's politics and economy for more than 25 years. This situation is likely to continue after the recently held October 16 parliamentary elections where the ruling Democratic Party of Socialists managed once again to secure the most seats in parliament but fell short of securing an absolute majority.

Key conclusions in this report include: the October elections were marked by numerous irregularities and were held in problematic conditions; the Montenegrin government and European Commission need to focus more on reforms in the area of the rule of law; the EU accession process remains unclear and lacks transparency. The authors present recommendations to the European Commission, European Parliament, and the EU member states for moving forward. 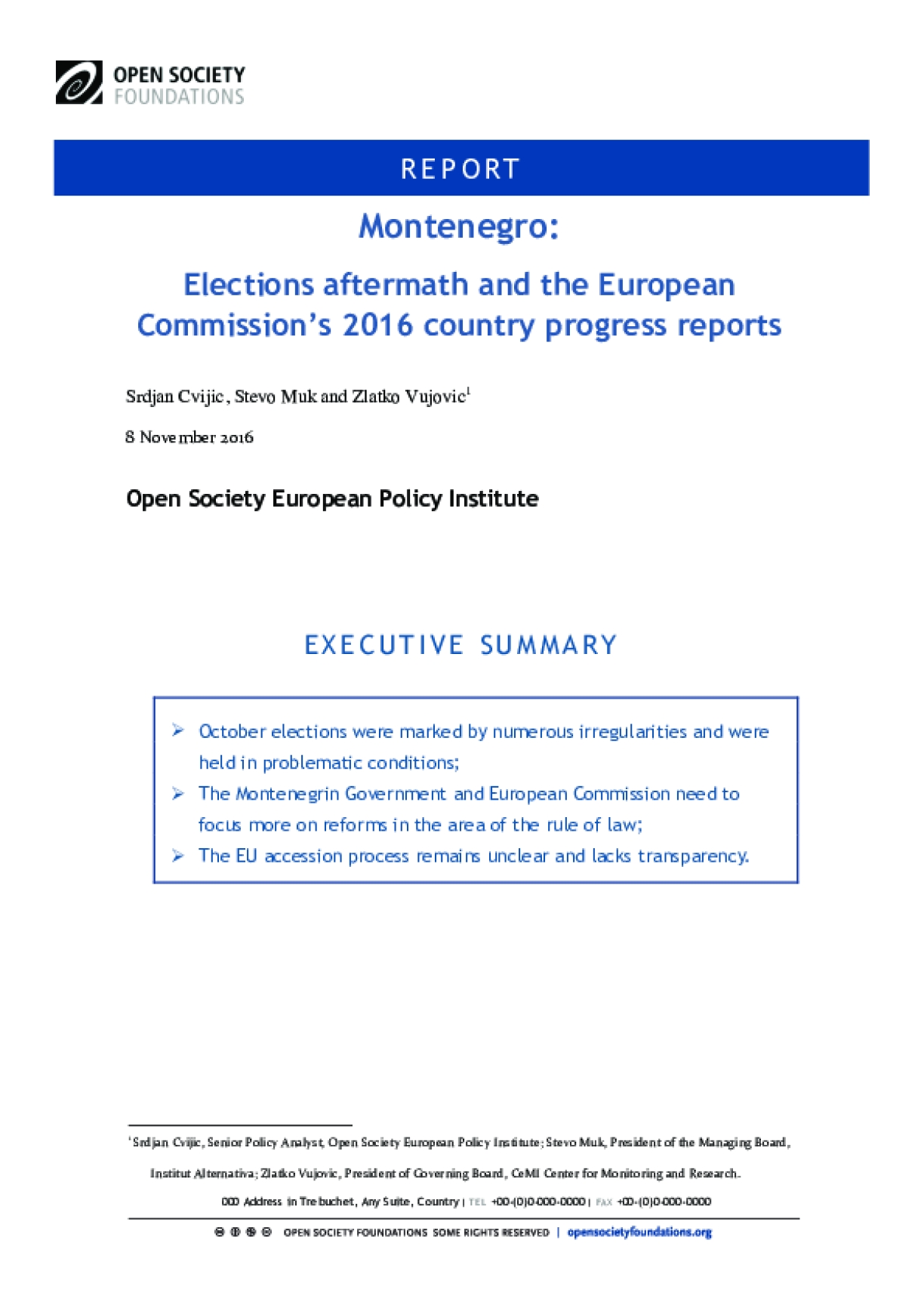