This paper looks at the problem of state budget shortfalls during the recession and calculates the number of jobs that would be lost (nationally and by state) if states utilize pro-cyclical spending cuts in an attempt to balance their budgets. This is an update to an earlier paper from December 2008, "Will Workers Survive State Budget Belt-Tightening?" 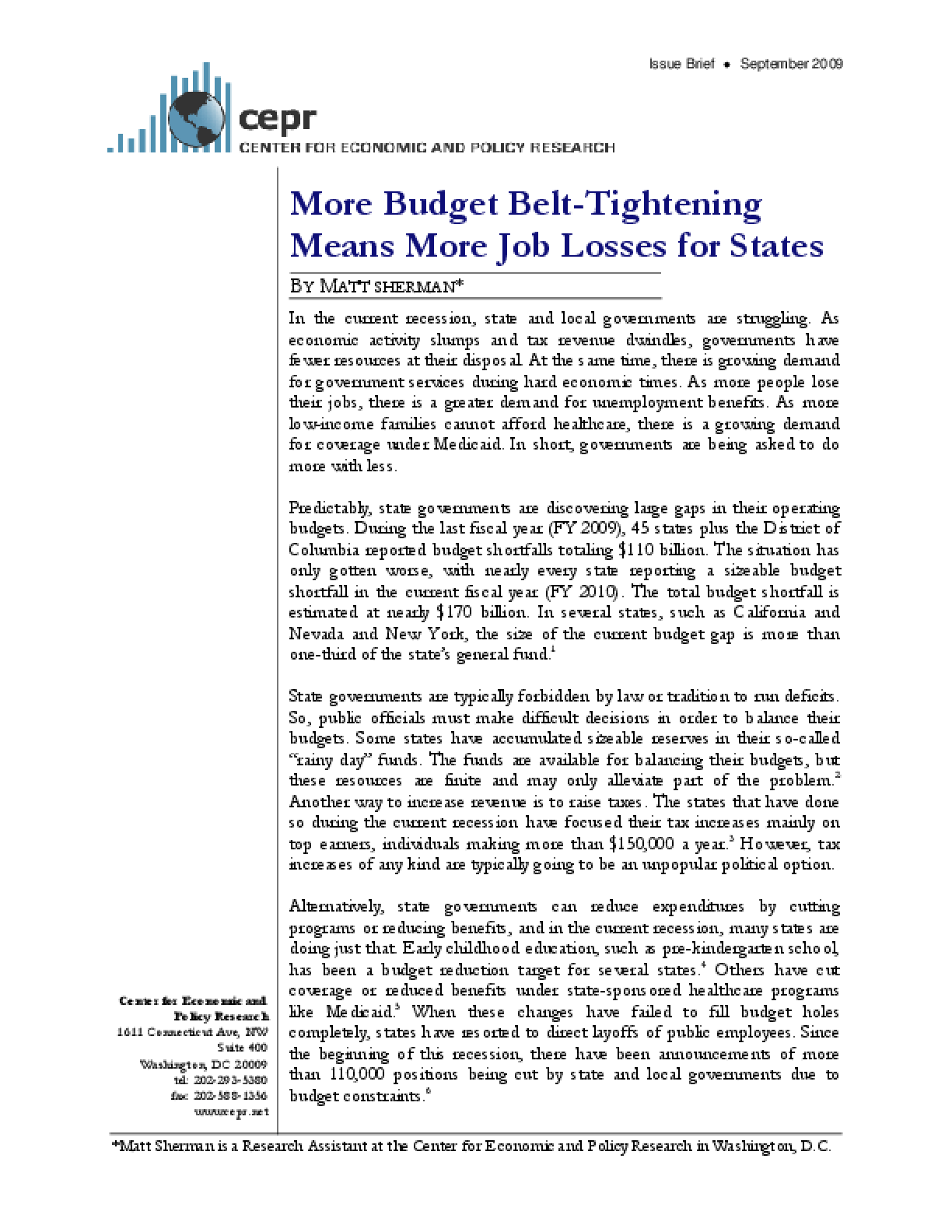