A larger share of older American families had debt in 2013, and those with debt loads that are considered problematic also increased, according to a new report from the nonpartisan Employee Benefit Research Institute (EBRI). The EBRI report finds that among American families with family heads ages 55 or older, debt has increased from 63.4 percent in 2010 to 65.4 percent in 2013, the latest for which data are available. Compared with the1992 level of 53.8 percent, the 2013 level is up more than 10 per-centage points. Furthermore, the percentage of these families with debt payments greater than 40 percent of income—a traditional threshold measure of debt load trouble—increased in 2013 to 9.2 percent from 8.5 percent in 2010. The primary cause of rising debt load: Americans' homes. "Housing debt drove the change in the level of debt payments in 2013, while the nonhousing (consumer) debt-payment share of income held stable from 2010,"said Craig Copeland, EBRI senior research associate and author of the report. "Housing debt was the major component of debt for families headed by individuals ages 55 or older." 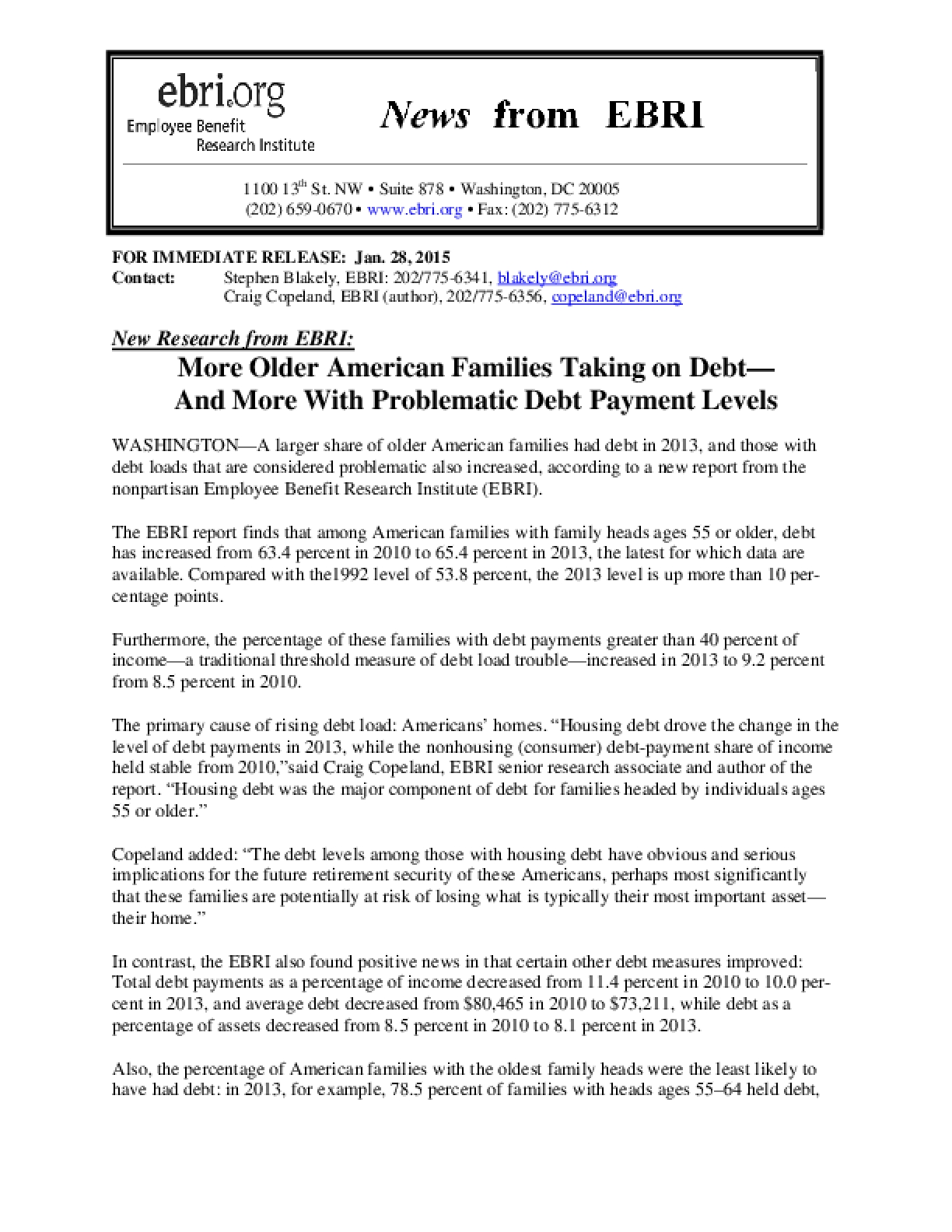