More Pain, No Gain for Greece: Is the Euro Worth the Costs of Proa

by Juan A. Montecino; Mark Weisbrot

This week the Greek government reached agreement with the European authorities and the IMF for 130 billion euros in lending, as part of a new adjustment package to replace the current IMF program that began in May of 2010. Although the agreement should allow the government to avoid default in March, there are grave doubts as to whether the agreed upon program will lead the country to a point where it returns to growth, has a sustainable debt burden, and can borrow from private markets. 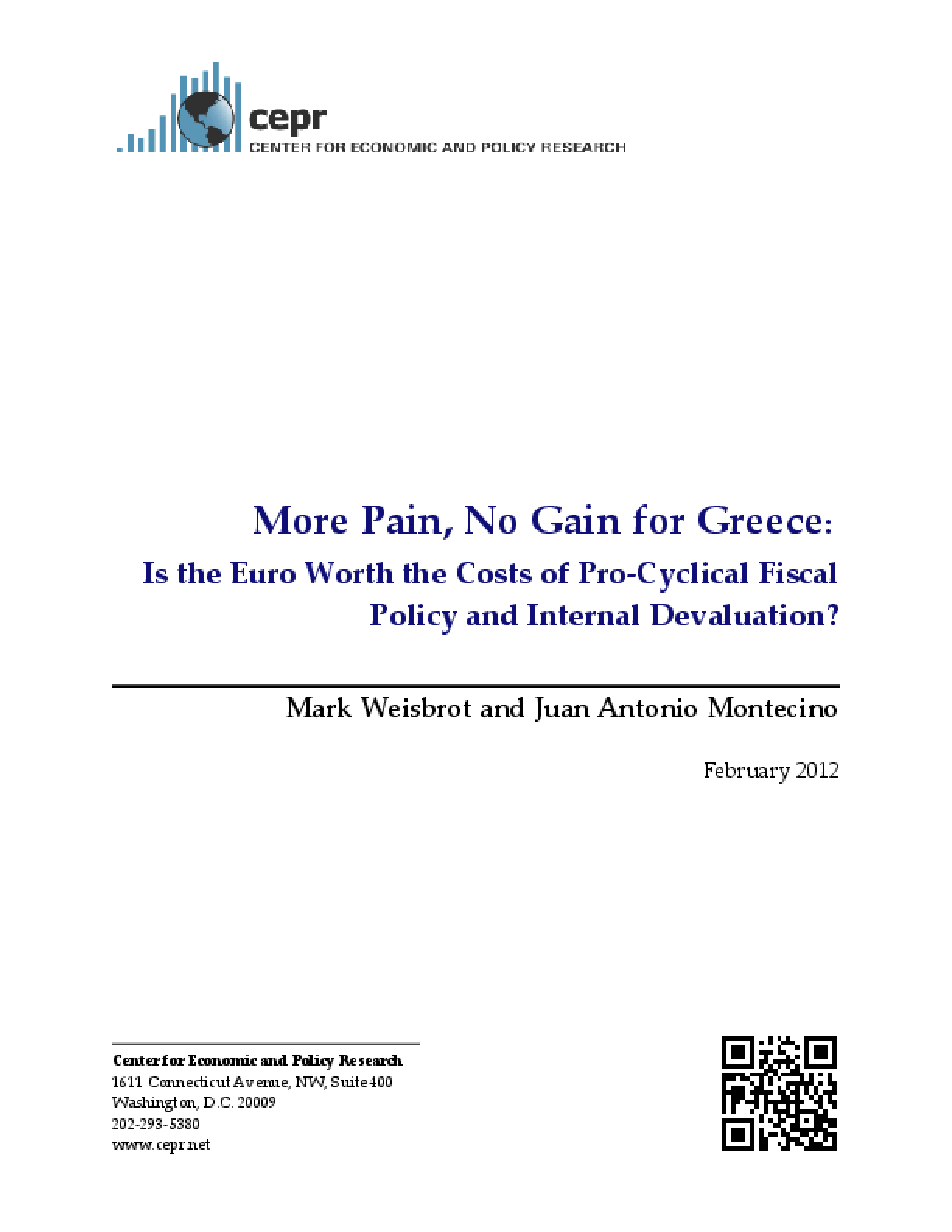