Already in the midst of a fiscal crisis, Puerto Rico faces a long road to recovery from Hurricane Maria, a devastating storm it was ill-equipped to handle. The urgent efforts to address both the humanitarian needs and damage caused by the storm must also extend to solving the island's imminent Medicaid crisis, a preexisting condition that plagued Puerto Rico before the hurricane and that has been exacerbated by it.This paper examines the inadequate federal support received by Puerto Rico for its Medicaid program, and shows that ― barring immediate action from the US Congress ― the territory will not have sufficient funds to continue operating in 2018. While the cost of living is higher in Puerto Rico than the US average, health care services are the only item that is significantly less costly on the island.  Using 2016 Medicaid costs and looking at known migration patterns, we calculate what the federal government and states are likely to pay for providing Medicaid for Puerto Ricans moving to US states from 2018 to 2027 using two different migration scenarios. Under the more pessimistic scenario - a higher out-migration rate - more likely in the wake of Hurricane Maria, the cost for providing Medicaid to new Puerto Rican migrants stateside is $19.4 billion for the federal government and $12.3 billion among states, as compared to a total of $7.8 billion in Puerto Rico. 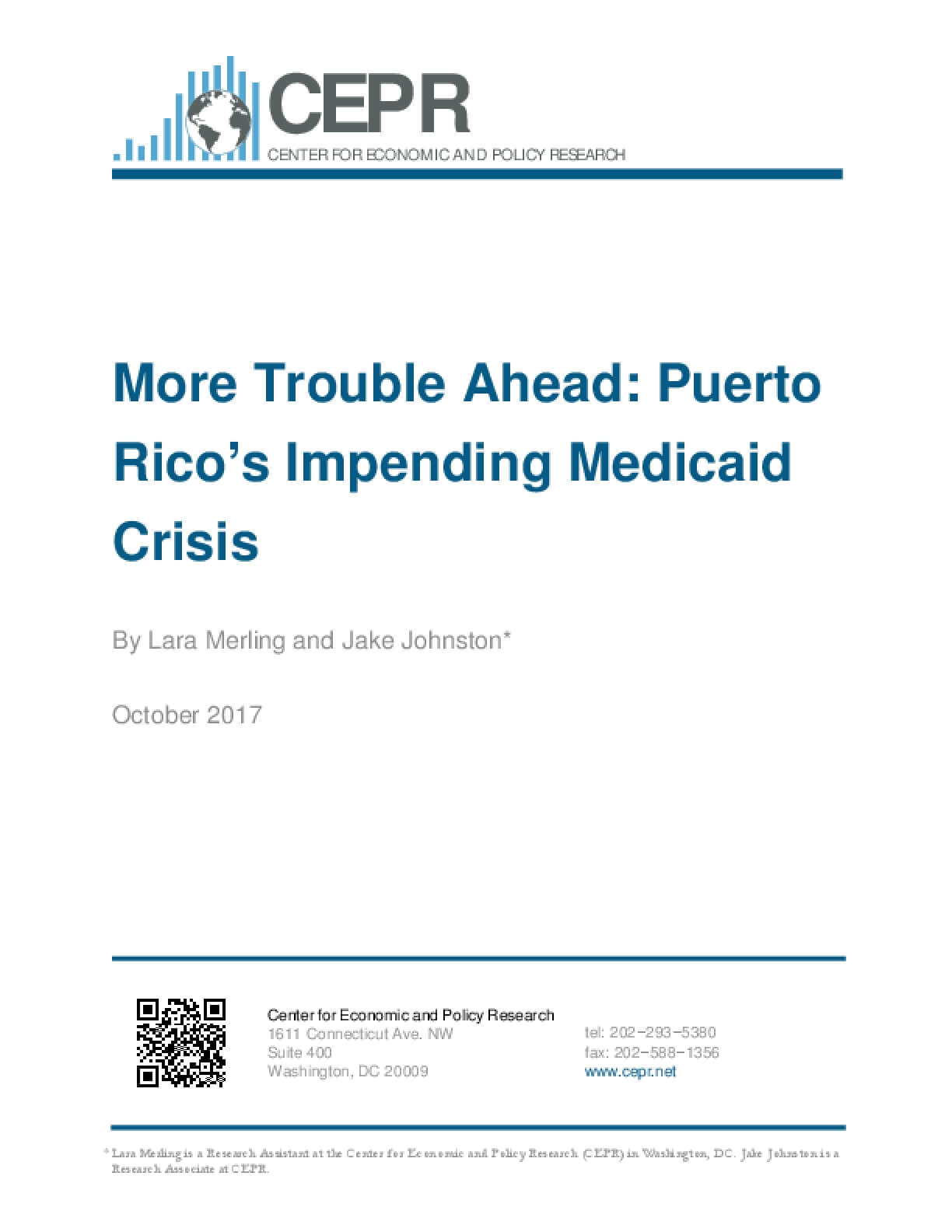