Recent research has called attention to an unexpected rise in death rates among middle-aged, white Americans between 1999 and 2014. The full extent of the phenomenon may be underappreciated, however. If one assumes, based on historical trends, that mortality rates should have declined by 1.8 percent per year, then whites in 2014 had higher-than-expected mortality rates from age 19 to age 65. Furthermore, while increased substance abuse and suicides explain the elevated mortality rates for younger adults, middle-aged whites also seem to be experiencing stalled or rising mortality rates for most ailments and diseases. While a national phenomenon, middle-aged whites face much more adverse mortality trends in certain states and regions. The especially broad reach of these negative mortality trends suggests there is an urgent need for further investigation of its causes and potential remedies. 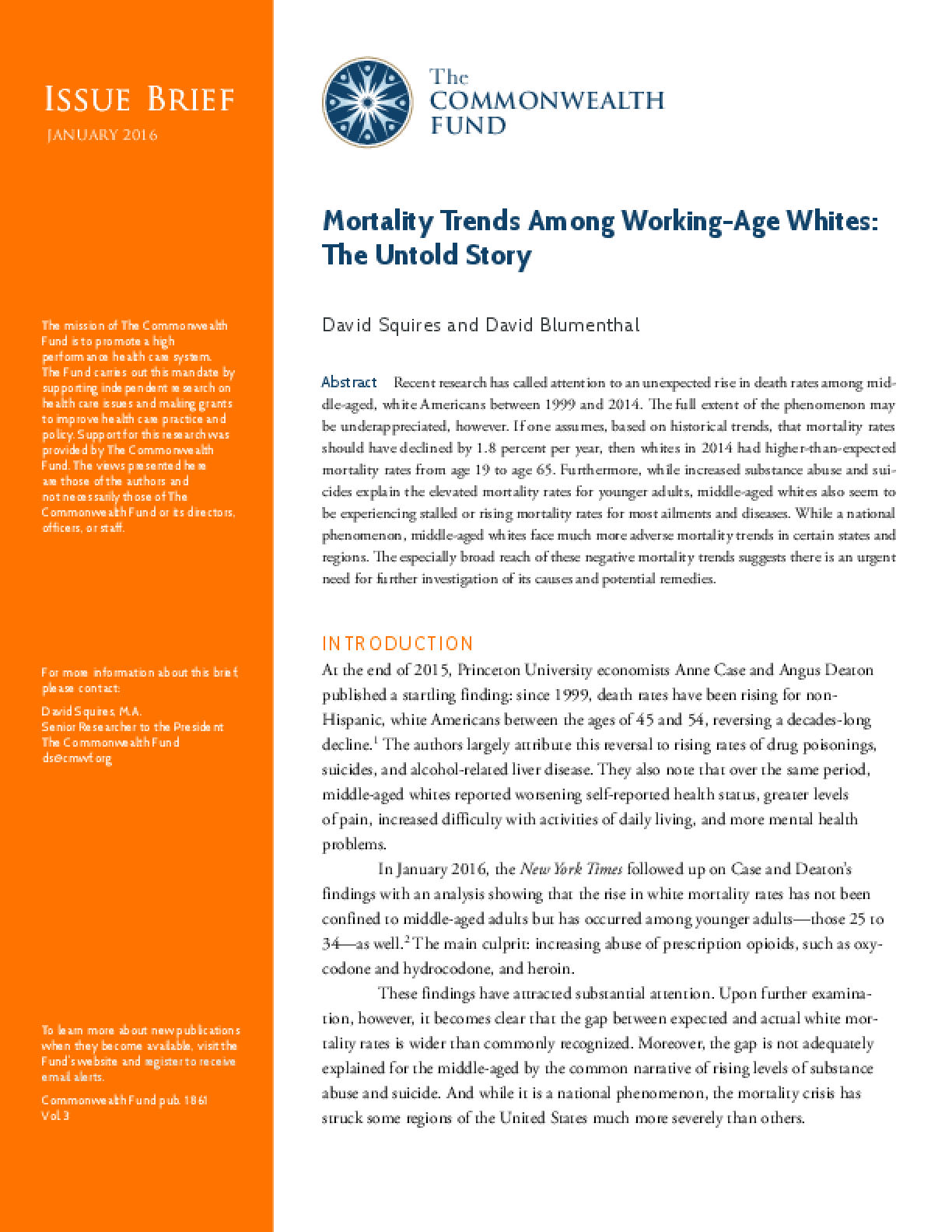