Traditionally, economic growth and prosperity have been linked with the availability, production and distribution of tangible goods as well as the ability of consumers to acquire such goods. Early evidence regarding this connection dates back to Adam Smith's Wealth of Nations (1776), in which any activity not resulting in the production of a tangible good is characterized as unproductive of any value." Since then, this coupling of economic value and material production has been prevalent in both developed and developing economies throughout the world. One unintended consequence of this coupling has been the exponential increase in the amount of solid waste being generated. The reason is that any production and consumption of material goods eventually generates the equivalent amount of (or even more) waste. Exacerbating this problem is the fact that, with today's manufacturing and supply chain management technologies, it has become cheaper to dispose and replace most products rather than to repair and reuse them. This has given rise to what some call a disposable society." To put things in perspective: In 2012 households in the U.K. generated approximately 22 thousand tons of waste, which amounted to 411 kg of waste generated per person (Department for Environment, Food & Rural Affairs, 2015). During the same time period, households in the U.S. generated 251 million tons of waste, which is equivalent to a person generating approximately 2 kg of waste every day (U.S. Environmental Protection Agency, 2012). Out of these 251 million tons of total waste generated, approximately 20% of the discarded items were categorized as durable goods. The disposal of durable goods is particularly worrisome because they are typically produced using material from non- renewable resources such as iron, minerals, and petroleum-based raw materials. 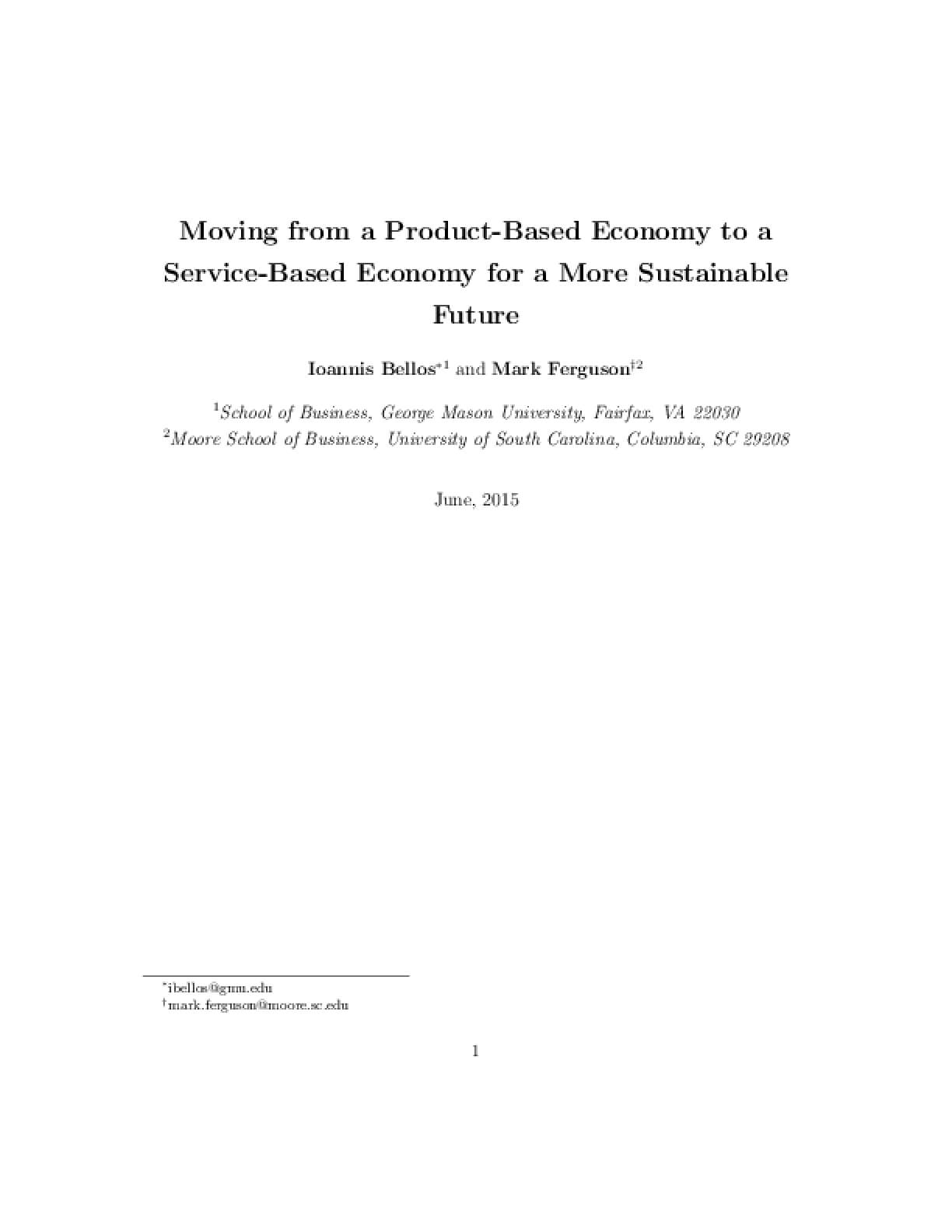