Our latest report on early childhood education finds the original goals of 90s-era welfare reform produced state child care policies that had detrimental impacts on child care quality in Wisconsin and that may be difficult to reverse under the state's new quality ratings system.

We find that as the child care subsidy system became operational, certain policy decisions produced results -- many of which were unintended -- that ended up boosting child care costs for the state while reducing child care quality. Those include:
Each of these four policies helped the state achieve its primary goal of providing a sufficient child care supply that would allow low-income parents to move from welfare to work, but at a high cost to the state and at the expense of quality within the child care market. 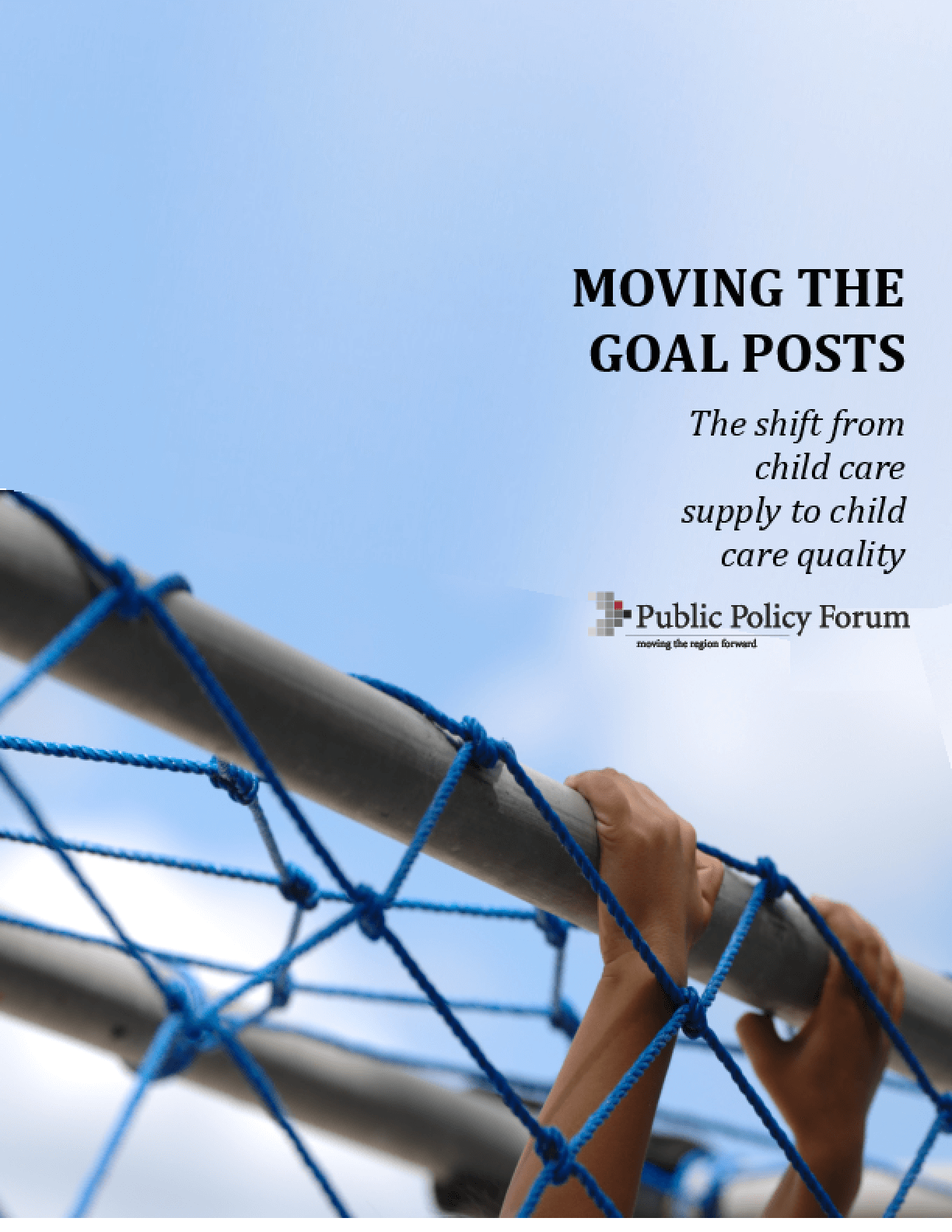