Municipal Transfer System in Nicaragua: Evaluation and Proposals for Reform, The (Updated)

For almost 20 years, the Nicaraguan authorities have been implementing a fiscal decentralization process to devolve an increasing degree of autonomy to municipalities. As a part of this process, and mainly due to the efforts of the Association of Municipalities of Nicaragua (AMUNIC is the acronym in Spanish), the first municipal transfers were approved in just 1999. Later, the funds available for the municipalities were increased gradually as a percentage of the General Budget (PGR), until in August 2003 the new Law of Municipal Transfers set this percentage at 4% of the total central government tax revenues in 2004, and stated that it should be increased at least by 0,5% per year up to 10% of the PGR in 2010. In 2005 the transfer program corresponded to 5% of the PGR, whereas in the present year the percentage increased to 6%. Working Paper Number 08-01 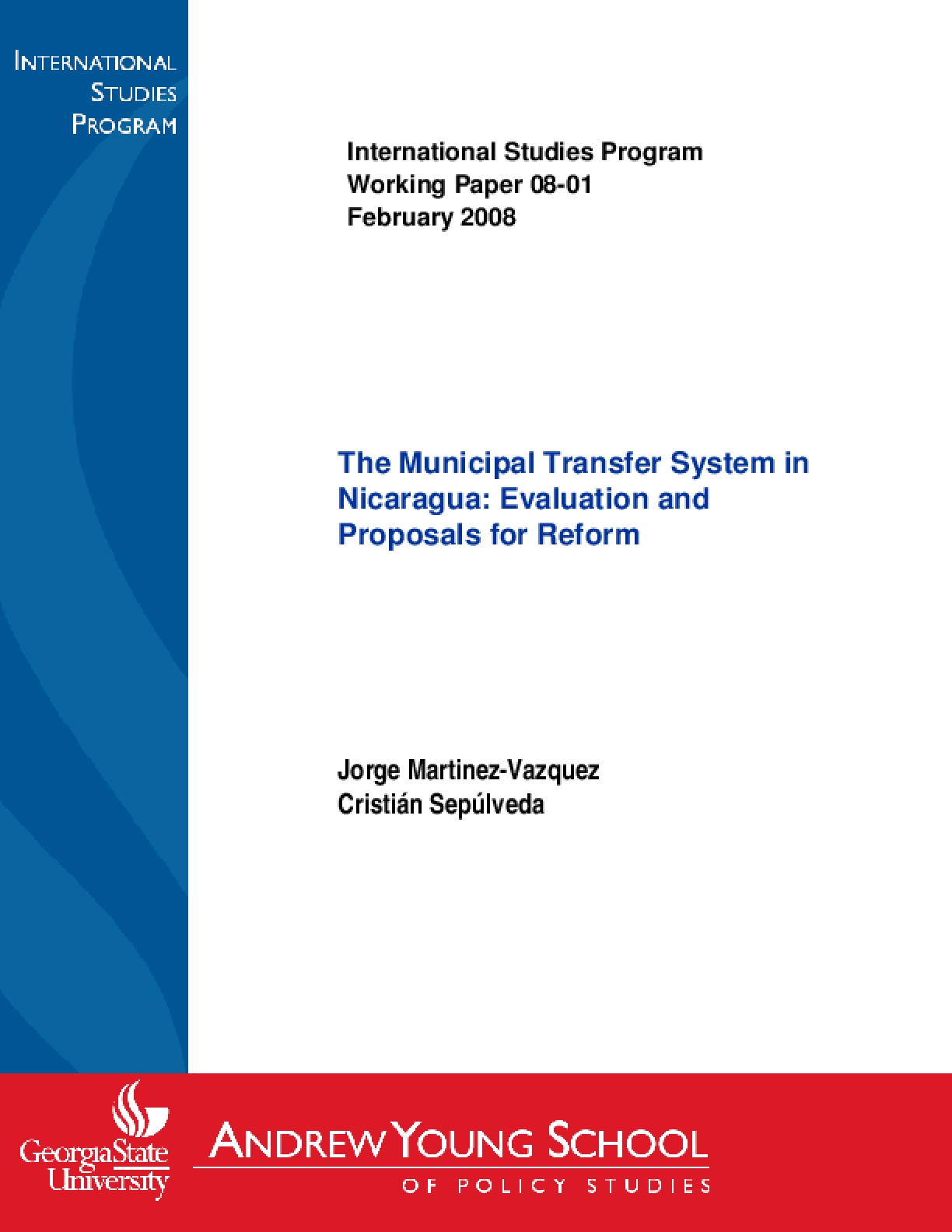