Muslim-Americans have been at the center stage of U.S. political and socio-economic debates in recent years. Probably the reason being the fastest-growing demographics in the U.S., with around 1.1% of the U.S. population belongs to the Muslim faith as suggested by a 2018 Pew survey. Muslim-Americans are also one of the most racially diverse groups in the U.S., comprising African-Americans, Asians, Arabs, and Caucasians. Nevertheless, there is a lack of data-driven research about Muslim giving despite their standing.

The data and findings from the Muslim American Giving 2021 Study are presented in this study. Muslim Philanthropy Initiative (MPI) at the Indiana University Lilly Family School of Philanthropy, IUPUI, in collaboration with the Islamic Relief USA administered this through SSRS. The study surveyed the sentiments of 2,005 participants regarding donor behavior, volunteer work, faith customs, attitudes and practices on donation, uncertainty intolerance amidst COVID-19, financial welfare, and sensitivities involved in the donor's decisionmaking process. SSRS surveyed from March 17 through April 7, 2021. 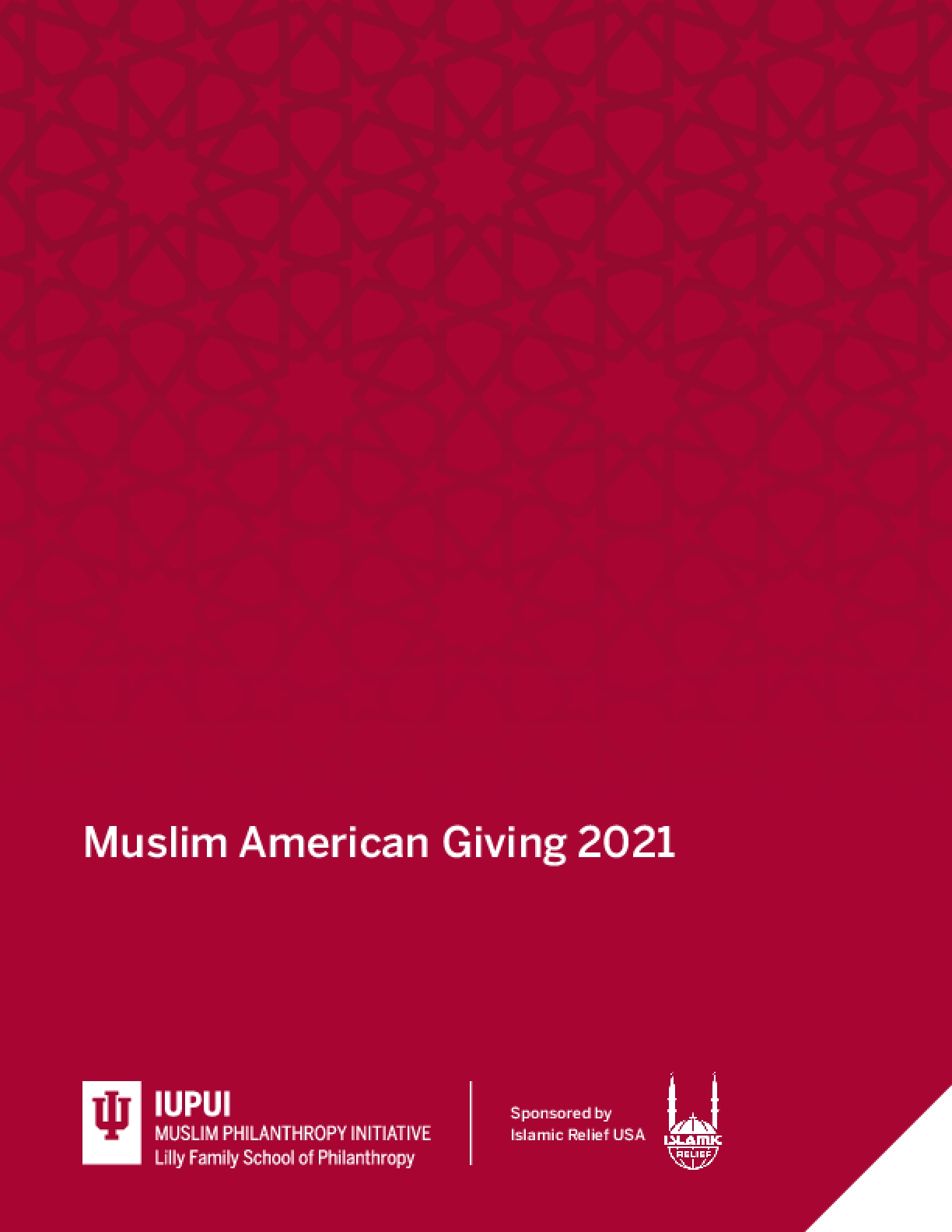