Since the 9/11 terrorist attacks, U.S.-based charities have become targets in the government's war on terror financing. This development makes little sense. U.S. charities support efforts to stop the violence of terrorism, and financing terror is contrary to the sector's mission of promoting the public good, providing humanitarian relief, protecting human rights and assisting with conflict resolution around the world. Despite the sweeping implications for all domestic nonprofit organizations, the lion's share of the burden of increased scrutiny, suspicion, and pre-emptive action has fallen on Muslim groups. This imbalanced campaign raises significant legal and ethical questions.

This paper lists issues that the charitable sector and the public must address in order to correct an unfair process and make the war on terror most effective. Part 1 lists our top ten concerns about the way the war on terror has impacted U.S. Muslim charities, and Part 2 provides an update on charities that have been shut down by the Treasury Department or made the target of official investigations. 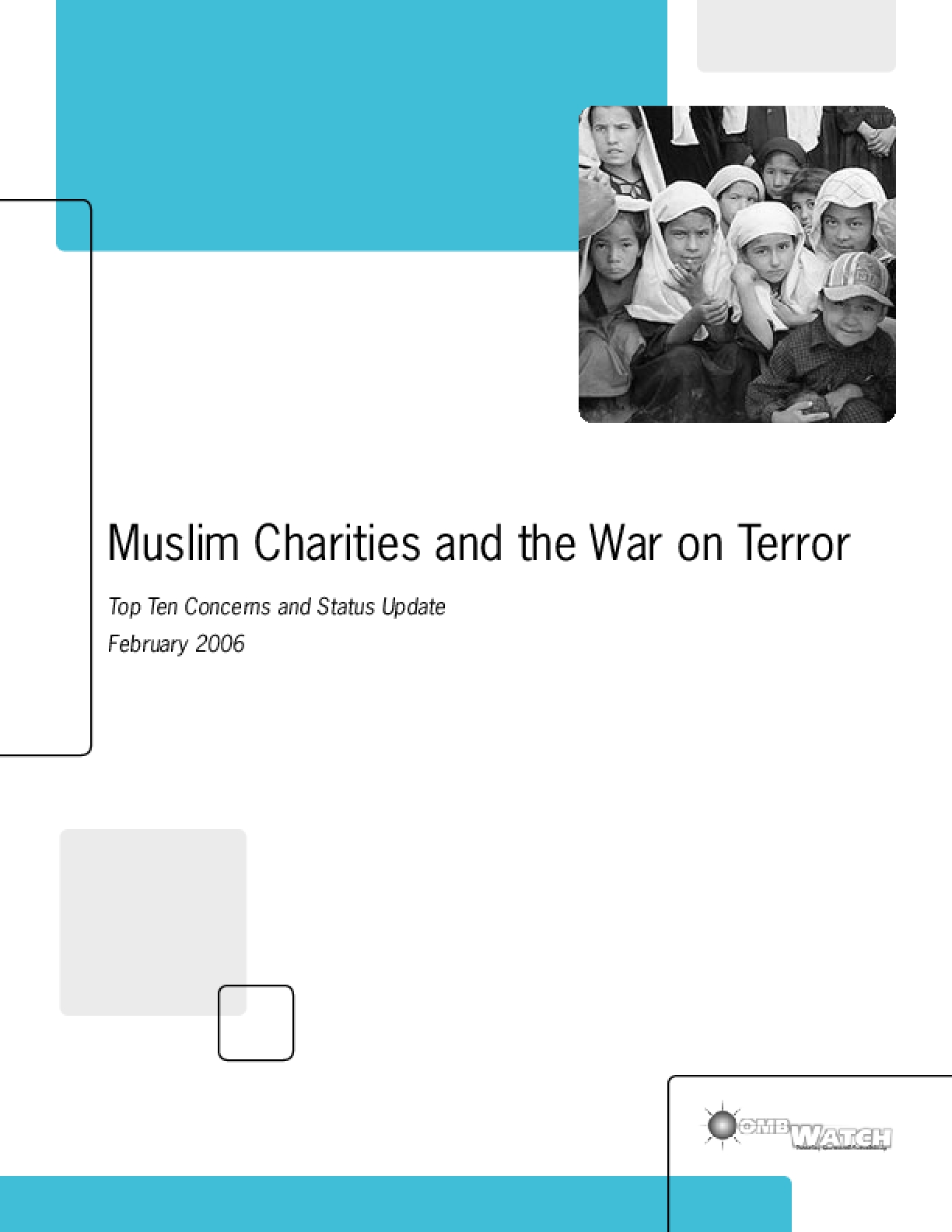