“My” Media Versus “The” Media: Trust in News Depends on Which News Media You Mean

For years, studies have shown Americans' trust in the news media is steadily declining. In recent months, the rise of so-called fake news and the rhetoric of President Donald Trump about journalists being "the enemy of the people" have made the question of trust in a free press an even more prominent issue facing the country. At the same time, data show that over the past decade, people have been consuming more news than ever. How are we to explain the apparent paradox? New research released today by the Media Insight Project, a collaboration of the American Press Institute and The Associated Press-NORC Center for Public Affairs Research, suggests public attitudes about the news media are more complex and nuanced than many traditional studies indicate, with attitudes varying markedly depending on what media people are asked about. 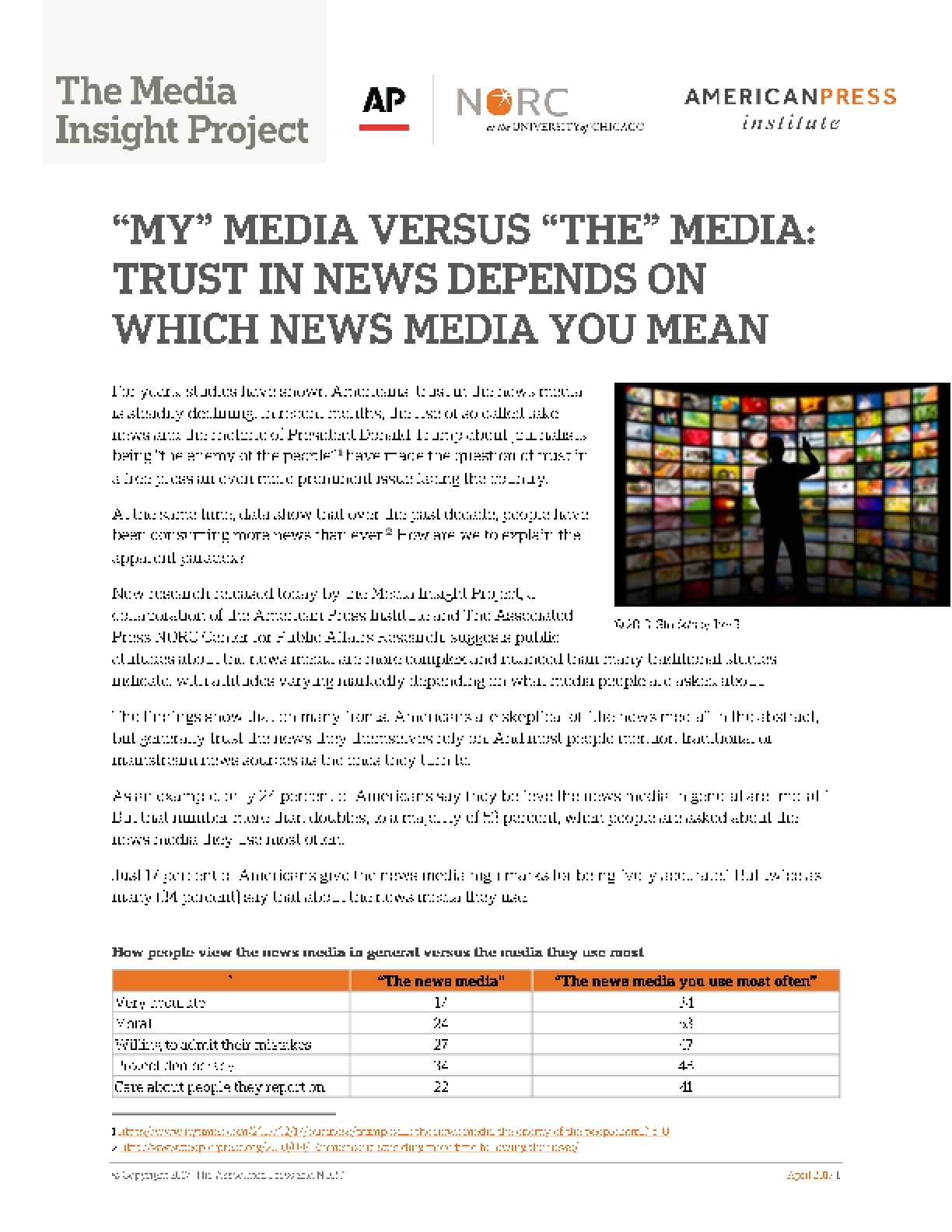