This report describes how Canadian cattle producers are using NAFTA to demand $300 million in compensation from U.S. taxpayer funds, claiming that the Canadian cattle import ban instituted after mad cow disease was found in Canada violates their NAFTA rights. In addition, a Canadian tobacco company is using the private NAFTA tribunals to attack the U.S.tobacco settlements. These claims are among the 42 cases filed thus far by corporate interests and investors under NAFTA's "Chapter 11" investor provisions, which grant foreign interests more expansive legal rights and privileges than those enjoyed by U.S. citizens or corporations. With only 11 of the 42 cases finalized, some $35 million in taxpayer funds have been granted to five corporations that have succeeded with their claims. An additional $28 billion has been claimed from investors in all three NAFTA nations. The U.S. government's legal costs for the defense of just one recent case topped $3 million. Seven cases against the United States are currently in active arbitration. The report documents how "fixes" to the NAFTA investor protection model required by Congress in the 2002 "Fast Track" legislation were not included in the proposed CAFTA. CAFTA's investment provisions include several cosmetic, ineffective tweaks to the NAFTA investor protection language, but otherwise expand the system of new privileges and private enforcement to investors in six additional nations. These rights include the ability to demand compensation when public health and environmental policies -- even when applied equally to domestic and foreign firms -- might undermine a foreign firm's profitability. On this ground and others, CAFTA fails to meet Congress' most significant Fast Track requirement regarding investment rules in future pacts by granting foreign firms greater rights when operating within the United States than U.S. firms or residents enjoy under constitutional property rights interpreted by the U.S. Supreme Court. CAFTA was signed in 2004 but has not yet been brought up for congressional consideration; support for the deal is limited, in part because of its investment provisions. The United States has not yet lost a case, thanks to an array of lucky technical breaks -- such as an investor relocating into the United States and thus losing foreign investor standing under NAFTA. However, with the overall win-loss ratio of NAFTA investor-state cases running around 50-50, it is just a matter of time before a NAFTA claimant is successful against the United States. 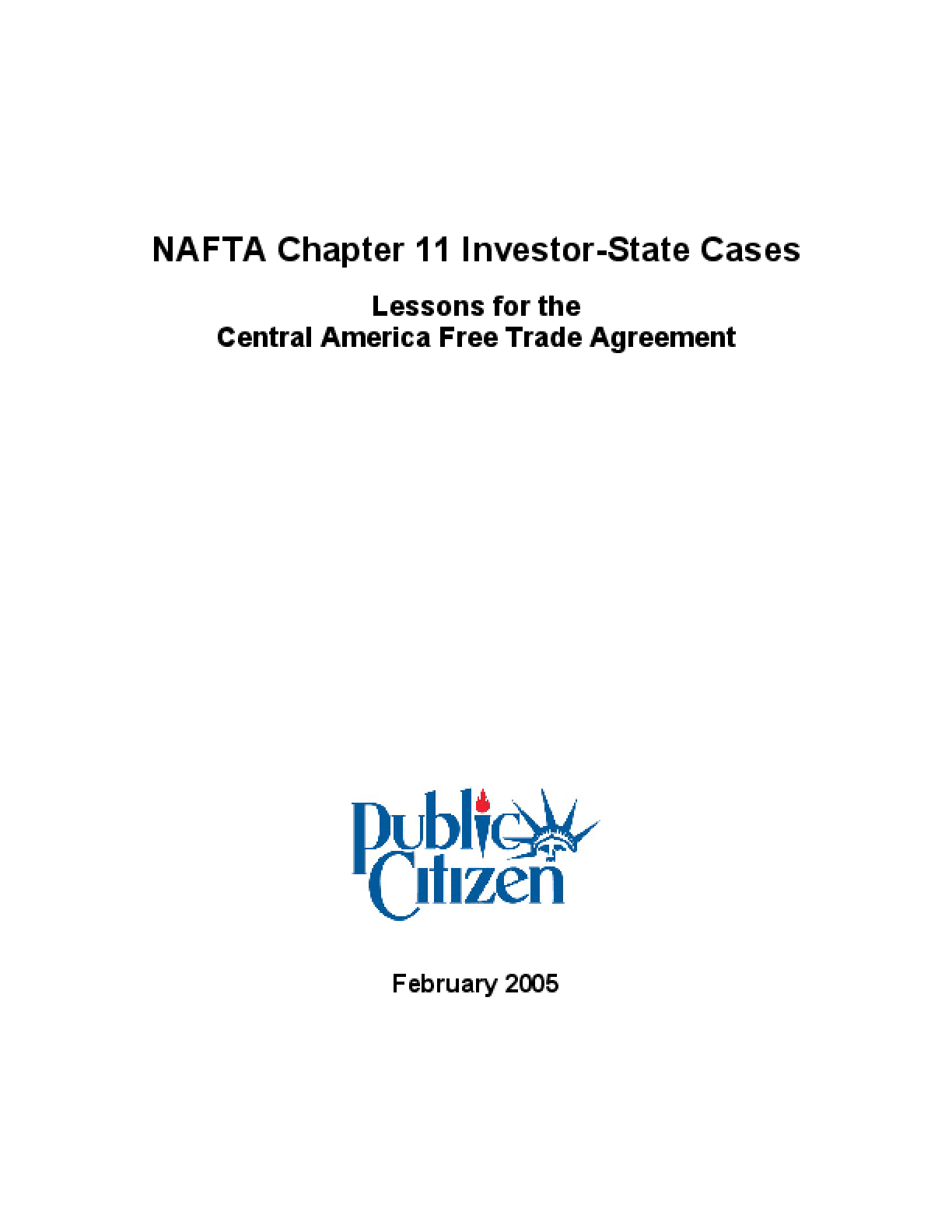