Nameless in Cyberspace: Anonymity on the Internet

Proposals to limit anonymous communications on the Internet would violate free speech rights long recognized by the Supreme Court. Anonymous and pseudonymous speech played a vital role in the founding of this country. Thomas Paine's Common Sense was first released signed, "An Englishman." Alexander Hamilton, John Jay, James Madison, Samuel Adams, and others carried out the debate between Federalists and Anti-Federalists using pseudonyms. Today, human rights workers in China and many other countries have reforged the link between anonymity and free speech.

Given the importance of anonymity as a component of free speech, the cost of banning anonymous Internet speech would be enormous. It makes no sense to treat Internet speech differently from printed leaflets or books. 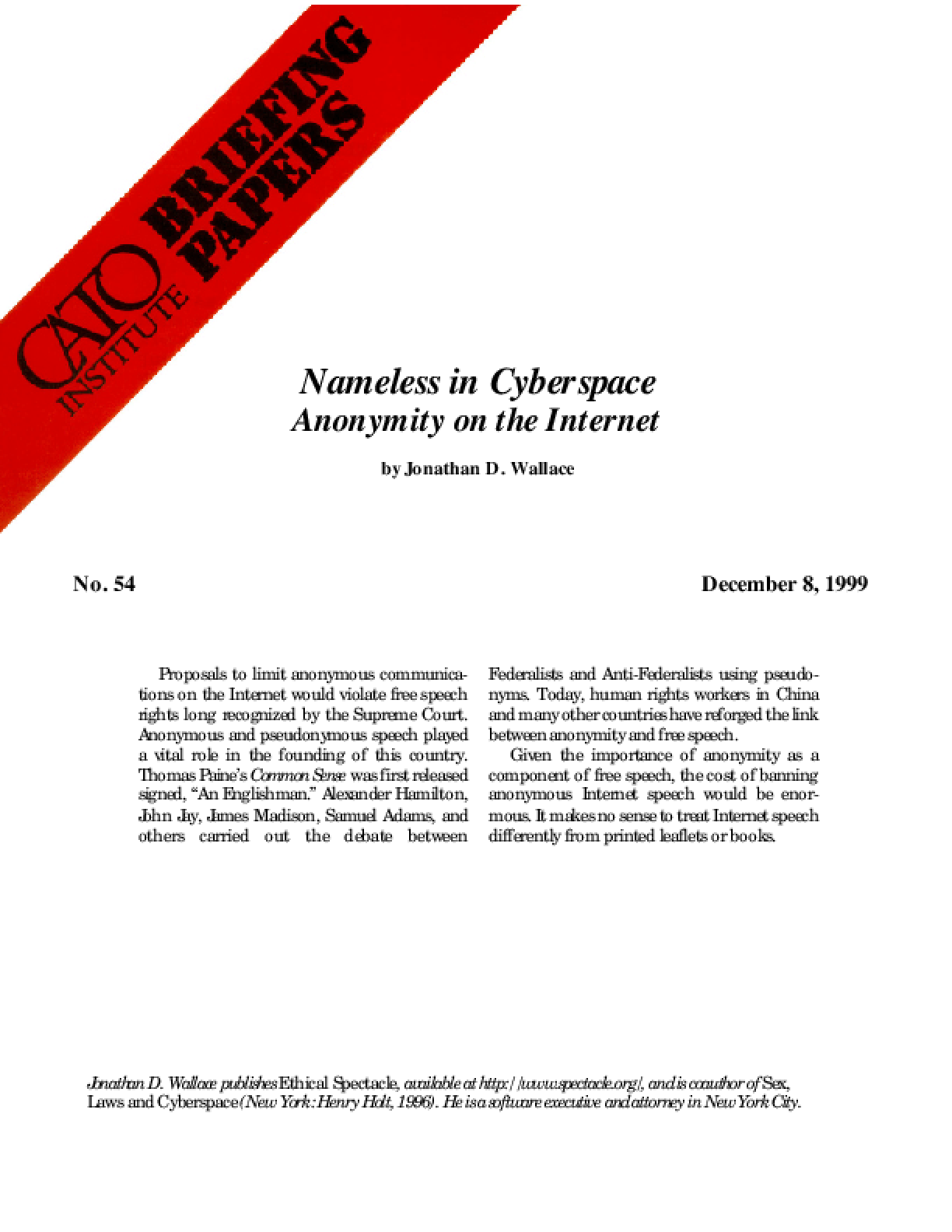