The National Foreclosure Mitigation Counseling (NFMC) program is a special federal appropriation, administered by NeighborWorks (NW) America, to support a rapid expansion of foreclosure intervention counseling in response to the nationwide foreclosure crisis. As this is a federal appropriation, NW America must inform Congress and other entities of the NFMC program's progress. The Urban Institute (UI) was selected by NW America to evaluate the NFMC program.

This report updates previous analyses and also includes revised models of several homeowner outcomes for NFMC clients counseled in 2008 and 2009. These new models use an improved comparison sample selection design, which addressed potential issues raised by reviewers of earlier analyses, and a better method for controlling for possible selection bias in the NFMC sample. The additional analyses in this report include models of non-modification cures, non-modification redefaults, and foreclosures avoided. 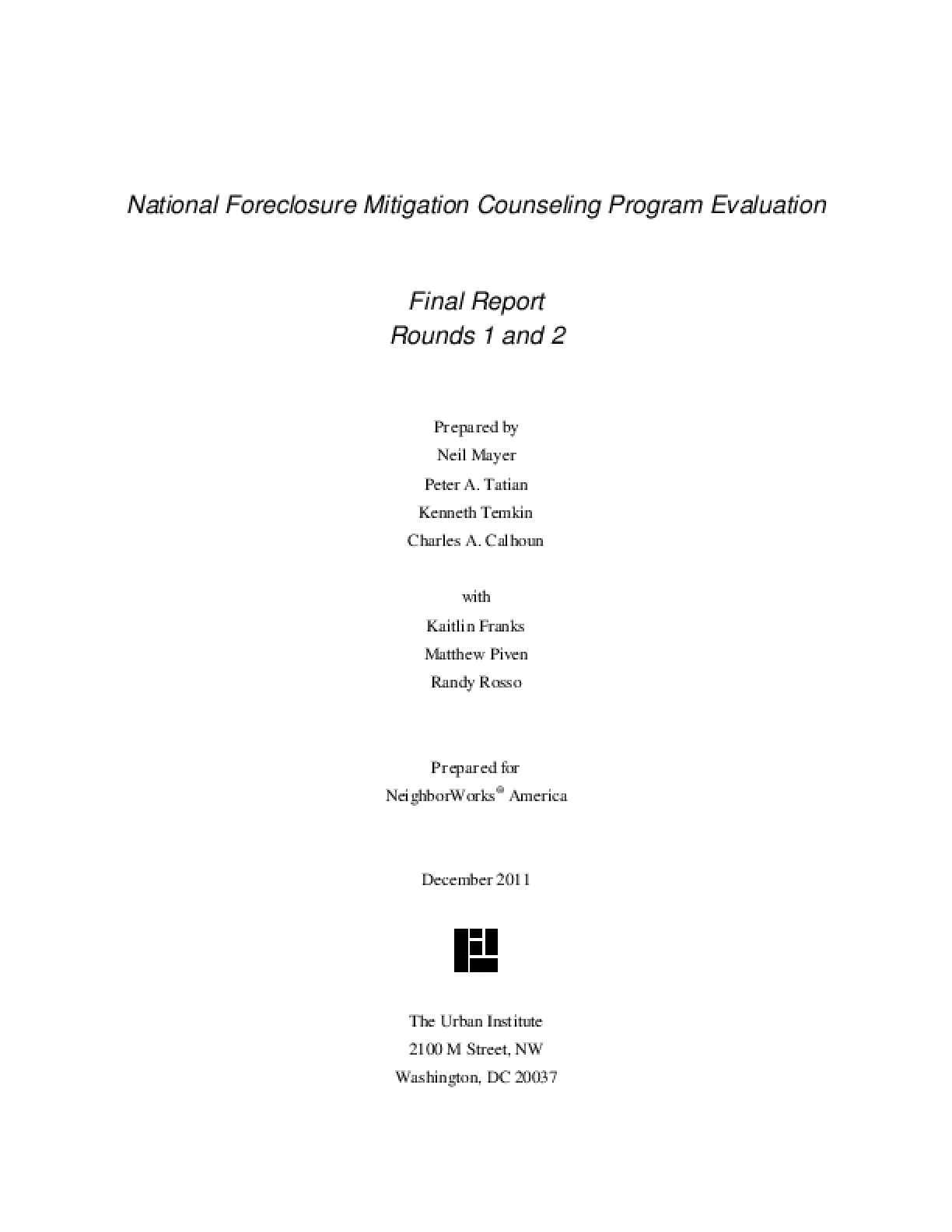