There are two complementary models of immigrants' economic and social adjustment -- the positive assimilation model of Chiswick (1978, 1979), and the negative assimilation model of Chiswick and Miller (2011). The negative assimilation model is applicable for immigrants from countries that are very similar in terms of the transferability of skills, culture, and labor market institutions to the host country, and has been tested previously primarily using migration among the English-speaking developed countries. This paper generalizes the negative/positive assimilation models through analyzing the post-arrival learnings profiles of immigrants in the US from non-English-speaking countries according to the linguistic distance of their mother tongue from English. Using data on adult male immigrants from the 2000 US Census, it is shown that all groups of immigrants from non English-speaking countries are characterized by positive assimilation. Earnings in the immediate post-arrival period are lowest for the language groups furthest from English, and the increase in earnings with duration is steeper the further the immigrant's mother tongue is from English. The linguistic distance of the immigrants' mother tongue from the destination language appears, therefore, to play a crucial role in generating the inverse relationship between post-arrival earnings growth and the initial earnings disadvantage documented in most studies of immigrant earnings. 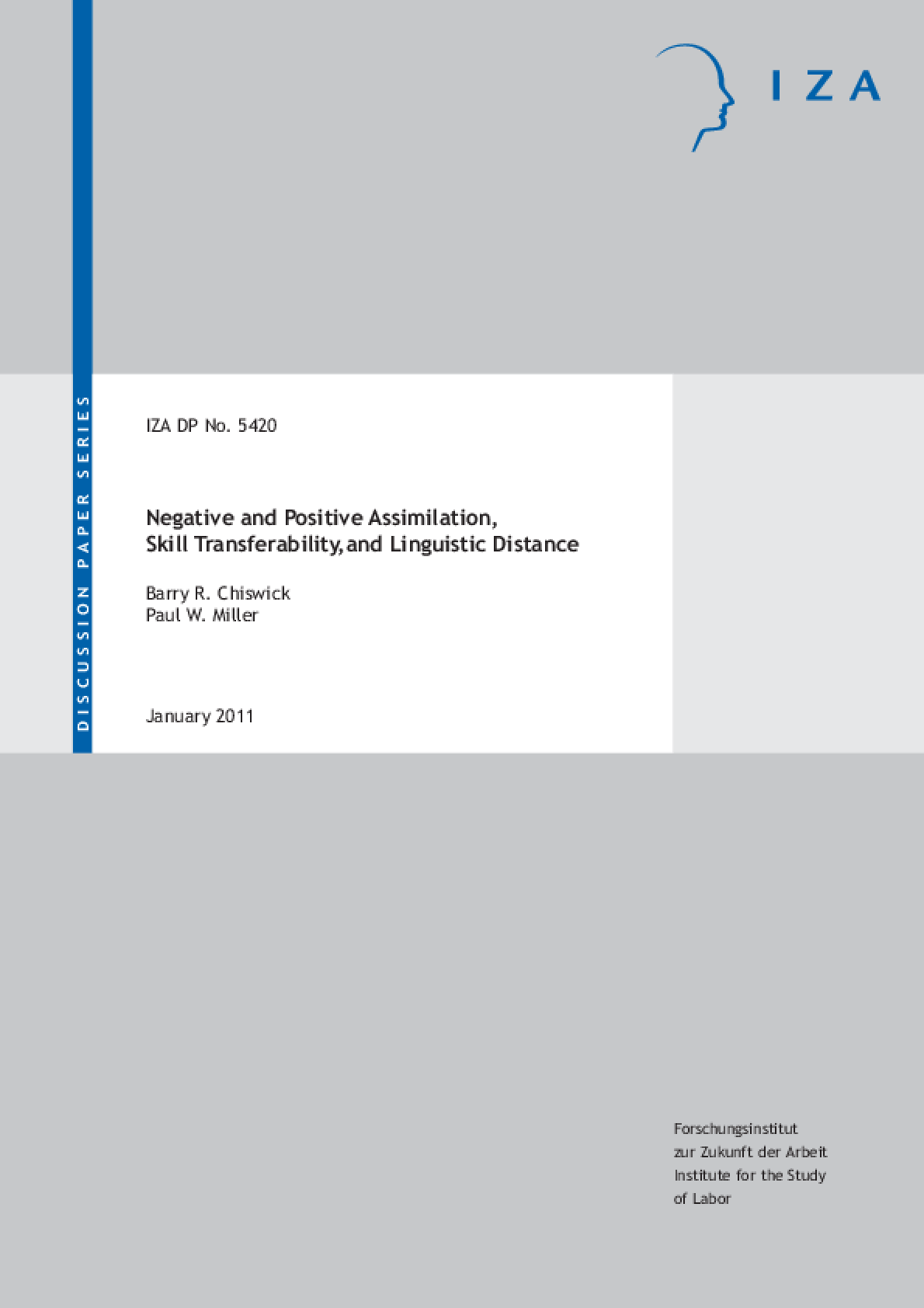